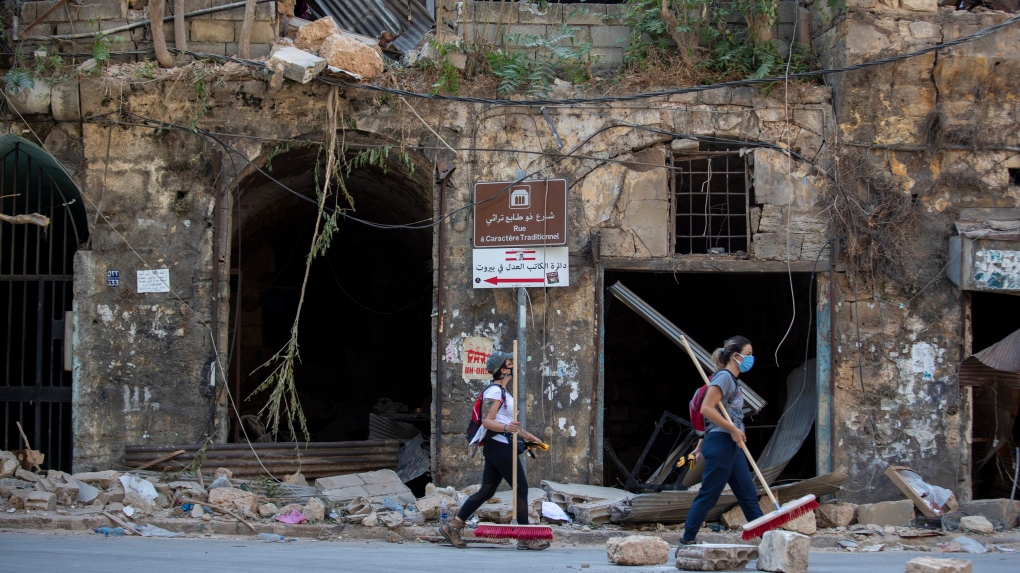 BEIRUT -- The United Nations' cultural agency said Thursday it will lead the international campaign for the recovery and restoration of Beirut's heritage, citing local officials who said that around 60 historic buildings in the Lebanese capital were at risk of collapse following last week's devastating explosion at the Beirut port.

On Aug. 4, some 2,750 tons of ammonium nitrate stored at Beirut's port blew up, obliterating the city's main commercial hub and spreading death and wreckage for miles around. The blast, the most destructive in Lebanon's troubled history, killed more than 170 people, wounded more than 6,000 and caused damage worth between $10 and $15 billion.

Among the damaged structures were museums, historic buildings, art galleries and religious sites in Beirut.

The most affected areas in the capital were the historic quarters of Gemayzeh and Mar Mikhael that face the port and that were known for their active night life, with many old buildings turned to pubs or restaurant. Those streets were strewn with debris from buildings and blanketed by broken glass in the wake of the explosion.

"The international community has sent a strong signal of support to Lebanon following this tragedy," said Ernesto Ottone R., Assistant UNESCO Director-General for Culture. "UNESCO is committed to leading the response in the field of culture, which must form a key part of wider reconstruction and recovery efforts."

UNESCO's statement quoted Sarkis Khoury, director-general of antiquities at the Ministry of Culture in Lebanon, as saying that at least 8,000 buildings, many concentrated in Gemayzeh and Mar Mikhael, were affected. Among them are some 640 historic buildings, approximately 60 of which are at risk of collapse, he said.

Also affected was Beirut's eastern neighbourhood of Achrafieh where the landmark Sursock Museum is located as well as other neighbourhoods that are home to the National Museum and the Archaeological Museum of the American University of Beirut, UNESCO said.

UNESCO said that it will lead the international mobilization "for the recovery and reconstruction of Beirut's culture and heritage."

Caretaker Finance Minister Ghazi Wazni issued a decree Wednesday preventing the sale of any historic building without getting a permission form the ministry of culture. The Finance Ministry said in a statement that the move aims to prevent any "exploitation."

Caretaker Minister of Culture Abbas Murtada said Thursday his ministry is working to prevent any exploitation by some businessmen adding that the restoration of the damaged historic buildings is estimated to cost about $300 million. He added that teams from his ministry are putting plans to renovate the buildings.