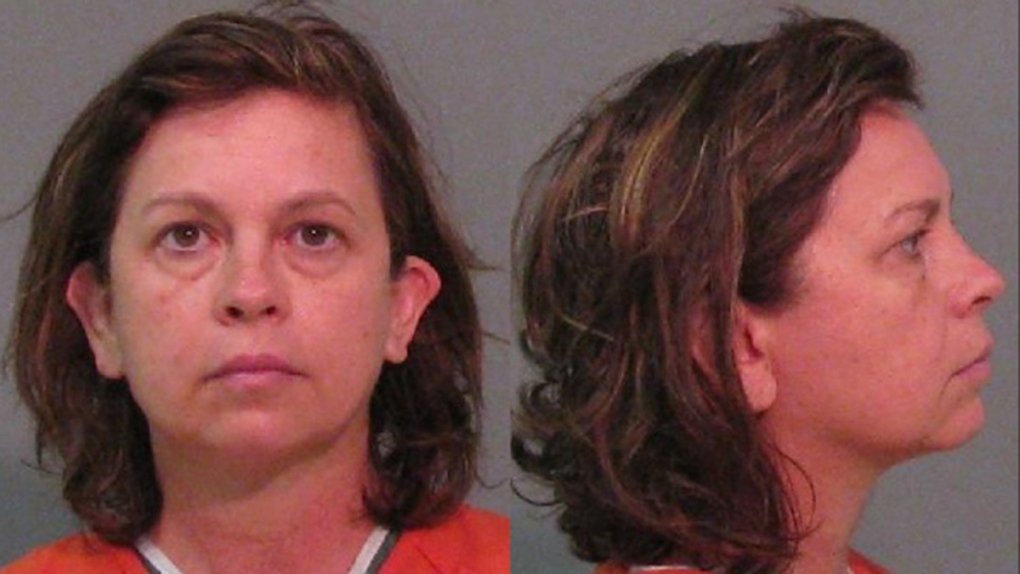 Lana Sue Clayton, 53, pleaded guilty to voluntary manslaughter in the death of Steven Clayton, 64, at their home in Clover, near Charlotte.

WASHINGTON, UNITED STATES -- A South Carolina woman was Thursday sentenced to 25 years in jail after she admitted poisoning her husband by putting eye drops in his drinking water.

In a plea deal, Lana Sue Clayton, 53, pleaded guilty to voluntary manslaughter in the death of Steven Clayton, 64, at their home in Clover, near Charlotte, CBS-affiliate WBTV reported.

She was accused of poisoning her husband by lacing his drinking water with eye drops between July 19 and 21, 2018.

Her husband was initially thought to have died of natural causes but an autopsy toxicology report showed poisonous levels of tetrahydrozoline, which is found in eye drops.

"The coroner found a level of tetrahydrozoline in his system and that's when we opened the case because that was very unusual for us," York County Sheriff's Office public information officer Trent Faris said, according to WBTV.

Prosecutors said in 2016 she also shot her husband in back of the head with a crossbow, ABC-affiliate WSOC-TV reported.

At the time the incident was put down as an accident.

Speaking at her sentencing, she admitted poisoning her husband but claimed he had abused her

"I did impulsively put the Visine in Stephen's drink and I did it with the intent to make him sick and uncomfortable. I was upset about the abuse and just wanted him to leave me alone," Clayton, wearing an orange prison jumpsuit, told the court, WBTV video showed.

"I never thought it would kill him."

Clayton, a former Veterans Affairs Department nurse, said she got the idea of using eye drops, which are tasteless, colorless and odorless, from watching movies but thought they would cause diarrhea.

Prosecutors however said she killed her husband for money, throwing his cell phone in a lake so he could not call for help and and burning his will afterwards.

"She fooled one of the most brilliant men I've ever known in my life," Steven Clayton's sister Rosemarie Clayton-Leslie told ABC's Good Morning America.

"My brother died a horrific death. I think my brother was screaming for his life."

Clayton was arrested in August 2018 and charged with murder.

"Of the many homicide cases I've handled, this one probably takes the cake as far as being bizarre," South Carolina Circuit Court Judge Paul Burch said.

While it is unusual, it is not the first time eye drops have featured in a homicide case.