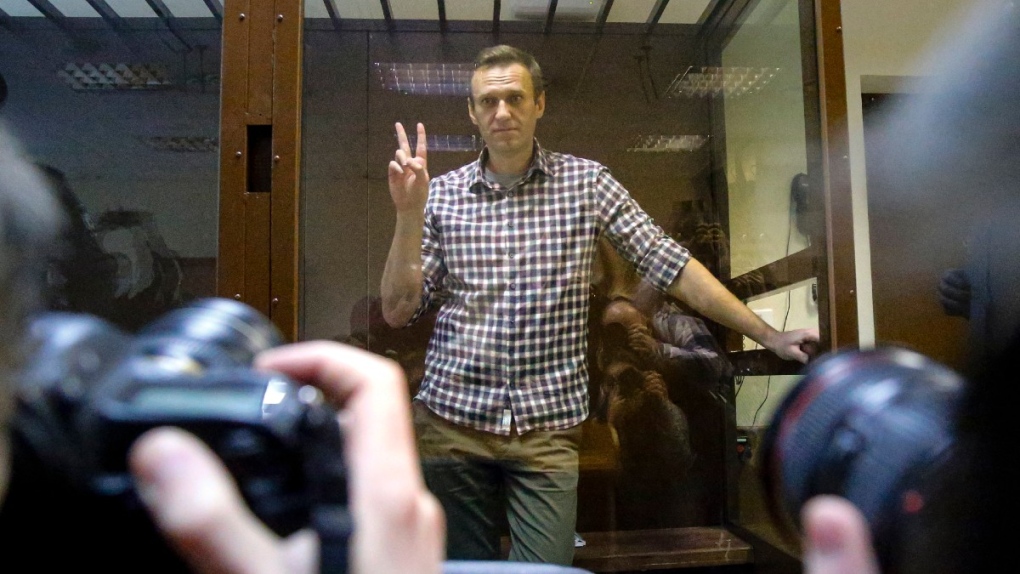 The Biden administration sanctioned seven mid-level and senior Russian officials on Tuesday, along with more than a dozen government entities, over a nearly fatal nerve-agent attack on opposition leader Alexei Navalny and his subsequent jailing.

The measures, emphasizing the use of the Russian nerve agent as a banned chemical weapon, marked the Biden administration's first sanctions against associates of President Vladimir Putin. The Russian leader was a favourite of former President Donald Trump even during covert Russian hacking and social media campaigns aimed at destabilizing the U.S.

The government officials included at least four whom Navalny's supporters had directly asked the West to penalize, saying they were most involved in targeting him and other dissidents and journalists. However, the U.S. list did not include any of Russia's most powerful businesspeople and bankers, oligarchs whom Navalny has long said the West would have to sanction to get the attention of Putin.

Tuesday's step "was not meant to be a silver bullet or an end date to what has been a difficult relationship with Russia," White House press secretary Jen Psaki said. "We expect the relationship to continue to be a challenge. We're prepared for that."

The Biden administration also announced sanctions under the U.S. Chemical and Biological Weapons Control and Warfare Elimination Act for Russian entities, including those the U.S. said worked to research, develop and test chemical weapons.

The U.S. intelligence community concluded with high confidence that Russia's Federal Security Service used the Russian nerve agent Novichok on Navalny last August, a senior administration official said. Russia says it had no role in any attack on the dissident.

Russian Foreign Ministry spokeswoman Maria Zakharova on Tuesday denounced the new U.S. sanctions as part of its "meddling in our internal affairs."

"We aren't going to tolerate that," Zakharova said in a statement, adding that "we will respond in kind."

"Attempts to put pressure on Russia with sanctions or other tools have failed in the past and will fail again," she said.

The Biden administration has pledged to confront Putin over alleged attacks on Russian opposition figures and alleged malign actions abroad, including the hacking of U.S. government agencies and U.S. businesses. Trump spoke admiringly of Putin and resisted criticism of Putin's government. That included dismissing U.S. intelligence findings that Russia had backed Trump in its covert campaign to interfere with the 2016 presidential election.

The administration co-ordinated the sanctions with the European Union, which added to its own sanctions Tuesday over the attack on Navalny.

"The U.S. government has exercised its authorities to send a clear signal that Russia's use of chemical weapons and abuse of human rights have severe consequences," Blinken said in a statement.

The individuals sanctioned by the U.S. included the head of Russia's Federal Security Service, the head of prisons, Kremlin and defence figures, and Russia's prosecutor general.

The Biden administration had forecast for weeks that it would take action against Russia. Besides the Navalny sanctions, officials have said the administration plans to respond soon to the massive Russian hack of federal government agencies and private corporations that laid bare vulnerabilities in the cyber supply chain and exposed potentially sensitive secrets to elite Kremlin spies.

Navalny, 44, was sickened by the Russian nerve agent in an attack that the United States and others linked to Putin's security services. After months of recuperation in Germany, Navalny flew home to Moscow in January and was arrested on arrival for an alleged parole violation.

His detention sparked street protests across Russia. Police arrested thousands of demonstrators. Authorities have transferred the opposition leader to a penal colony to begin serving a sentence, after what rights groups said was a show trial.

Long a target in Russian government attempts to shut down dissent, Navalny has repeatedly appealed to the West to start targeting the most powerful business and financial oligarchs of his country, saying only then would Russian leaders take international sanctions seriously.

Russia critic Bill Browder, a London-based investor, tweeted that he feared the new U.S. sanctions would be "way too little and not touch Putin's billionaire cronies."

Working with U.S. allies, "we must use an array of tools, including sanctions, to meaningfully deter, repel, and punish Moscow's transgressions," Schiff said in a statement.

The U.S. government has previously censured behaviour by Russia that American officials saw as having violated international norms.

In 2016, for instance, the Obama administration responded to interference by the Kremlin in the presidential election by expelling dozens of Russian diplomats who officials said were actually spies and by shuttering two Russian compounds in Maryland and New York.

Trump's administration also took a handful of actions adverse to Moscow, including the closure of Russian consulates on the West Coast and the suspension of a nuclear arms treaty.