U.S. opposes Nazi speech, but will vote 'no' at UN to banning it 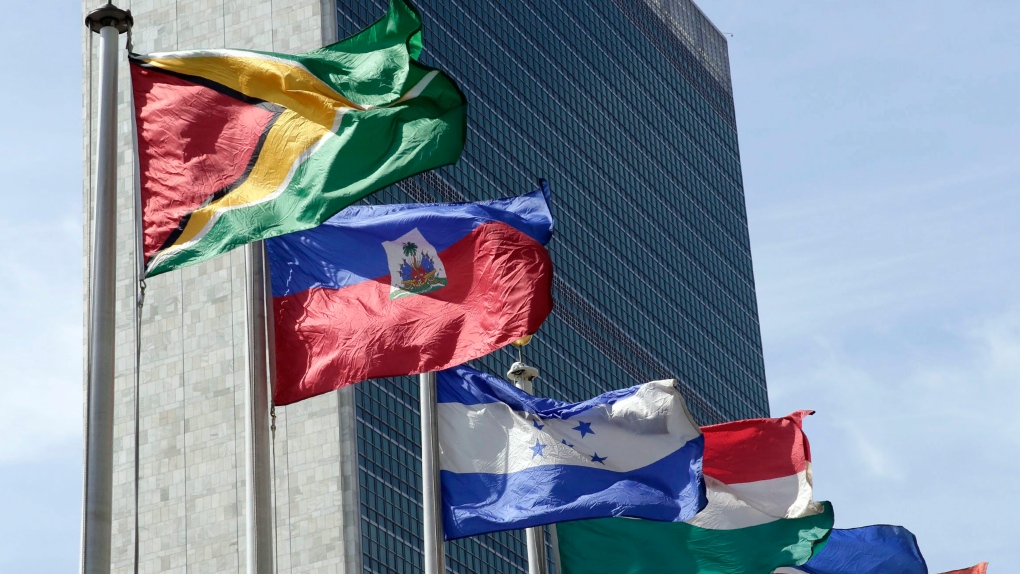 In this June 1, 2016, file photo, flags of some of the 193 countries fly in the breeze in front of the Secretariat building of the United Nations. State Department officials say the U.S. this week plans to vote against a yearly UN resolution that condemns the glorification of Nazism. (AP / Richard Drew, File)

WASHINGTON -- The United States government wants you to know: It really, truly doesn't like Nazis.

At the United Nations this week, the U.S. plans to vote against a yearly resolution that condemns the glorification of Nazism, State Department officials said Wednesday. Although it may seem counterintuitive -- who wouldn't want to condemn Nazis? -- officials said free speech protections and other problems with the resolution make it impossible for America to support.

Introduced by Russia, the resolution calls on all UN nations to ban pro-Nazi speech and organizations, and to implement other restrictions on speech and assembly. That's a non-starter in the U.S., where First Amendment protections guarantee all the right to utter almost anything they want -- even praise for Adolf Hitler's followers.

The United States votes against the resolution every year, along with just a handful of others, while the European Union nations and some others typically abstain. The resolution always passes overwhelmingly, usually with little fanfare.

But this year, the "no" vote from the U.S. is likely to create more of a stir, given it's the first rendition of the vote since President Donald Trump entered office. Trump adamantly denies any secret affinity for white supremacists. Yet his blame-on-both-sides response to violence in August at a white nationalist protest in Charlottesville, Virginia, gave fodder to Trump critics who say he's insufficiently critical of neo-Nazis.

So U.S. officials are working overtime this year to try to explain that no, America doesn't support pro-Nazi speech -- but can't vote for a resolution that calls for outlawing it, either. The vote is scheduled for Thursday in the UN General Assembly's human rights committee.

All resolutions in the General Assembly committees are nonbinding and don't impose any legal requirements on member nations. But American support for resolutions that contradict domestic law could end up being used as arguments in U.S. federal court, and officials worry about undermining national law enforcement efforts.

A similar drama bedeviled the Trump administration last month when the U.S. voted against a resolution at the UN Human Rights Council condemning the use of the death penalty to punish homosexuality -- another apparent no-brainer. The U.S. couldn't vote for that because of the resolution's broader condemnation of the death penalty, even though the U.S. adamantly opposes capital punishment for homosexuality, blasphemy, adultery and apostasy, State Department spokeswoman Heather Nauert said at the time.

"The United States clearly has the death penalty, both at the state and at the federal level," Nauert said. "That is why we voted against this."

With the anti-Nazi resolution, there are other problems, too. The U.S. has long expressed concerns that Russia uses the annual resolution to mount political attacks against its neighbours. That's because Moscow has for decades sought to portray the Baltic states and others that sought independence from Soviet domination as either pro-fascist or pro-Nazi, U.S. officials said.

The United States has been considering a last-minute push in the General Assembly to amend the resolution to remove what it considers the problematic parts, in what officials said would amount to a wholesale overhaul. But officials said no final decision had been reached. Even if the U.S. does try to change the resolution so that it could vote for it, the effort is unlikely to succeed.

Will Israel, the close U.S. ally whose history is intertwined with the Holocaust, vote with the U.S.? In the past, Israel has voted for the resolution. But Washington has been pushing the Jewish state to vote "no" this year, or at a minimum to abstain.

It's unclear how Israel will vote. A spokesman for Israel's mission to the UN didn't respond to a request for comment.