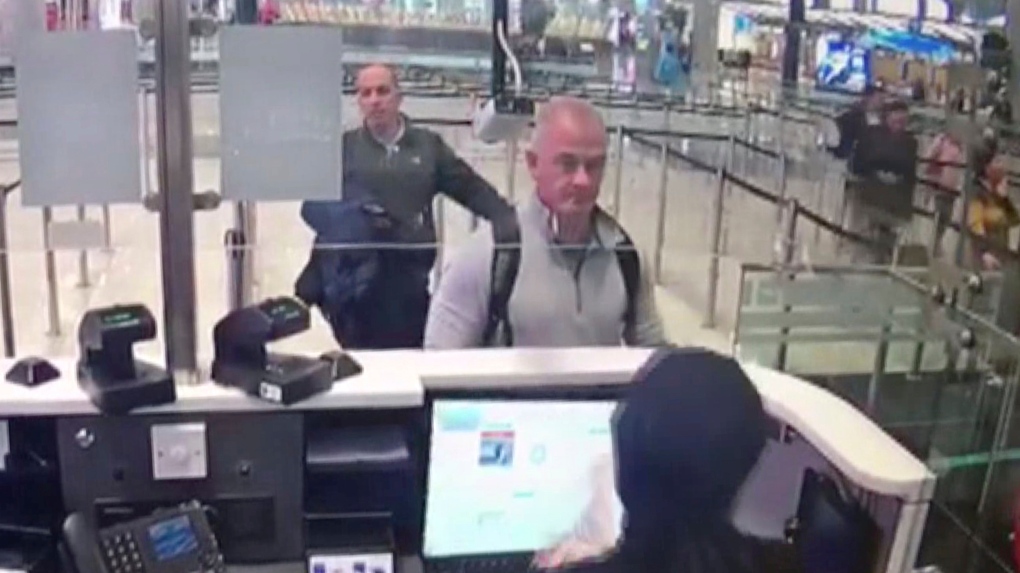 BOSTON -- The U.S. State Department has agreed to turn over to Japan two American men accused of smuggling former Nissan Motor Co. Chairman Carlos Ghosn out of the country while he was awaiting trial, the men's lawyers said in a legal filing on Thursday.

A federal judge intervened to block the immediate removal of Michael Taylor, a U.S. Army Special Forces veteran, and his son Peter Taylor, letting them stay in Massachusetts while she reviews an emergency petition filed by their lawyers.

The lawyers said the State Department informed them on Wednesday that it would approve Japan's extradition request.

The State Department does not comment on pending extradition requests, a spokesperson said.

A federal judge in Massachusetts last month ruled that the men could be extradited, although the State Department had the final say.

The Taylors are wanted by Japan so they can be tried on charges that they helped Ghosn flee the country last year with the former Nissan boss tucked away in a box on a private jet. The flight went first to Turkey, then to Lebanon, where Ghosn has citizenship but which has no extradition treaty with Japan.

Ghosn said he fled because he could not expect a fair trial, was subjected to unfair conditions in detention and was barred from meeting his wife under his bail conditions. Ghosn has denied allegations that he underreported his income and committed a breach of trust by diverting Nissan money for his personal gain.

The Taylors have been locked up in a Massachusetts jail since they were arrested in May. Their attorneys never denied the allegations, but argued they can't be extradited because they say their actions don't fit under the law with which Japan is trying to convict them.

Michael Taylor ran a private security business initially focused on private investigations. The caseload grew through corporate work and unofficial referrals from the State Department and FBI, including parents whose children had been taken overseas by former spouses.

In 2012, federal prosecutors alleged Taylor had won a U.S. military contract to train Afghan soldiers by using secret information passed along from an American officer. When Taylor learned the contract was being investigated, he asked an FBI agent and friend to intervene, prosecutors charged.

The government seized $5 million from the bank account of Taylor's company. Facing 50 charges, he spent 14 months in jail before agreeing to plead guilty to two counts. The government agreed to return $2 million to the company as well as confiscated vehicles.