U.S. man says he had to 'wing chun' his way to survival during girlfriend's samurai sword attack 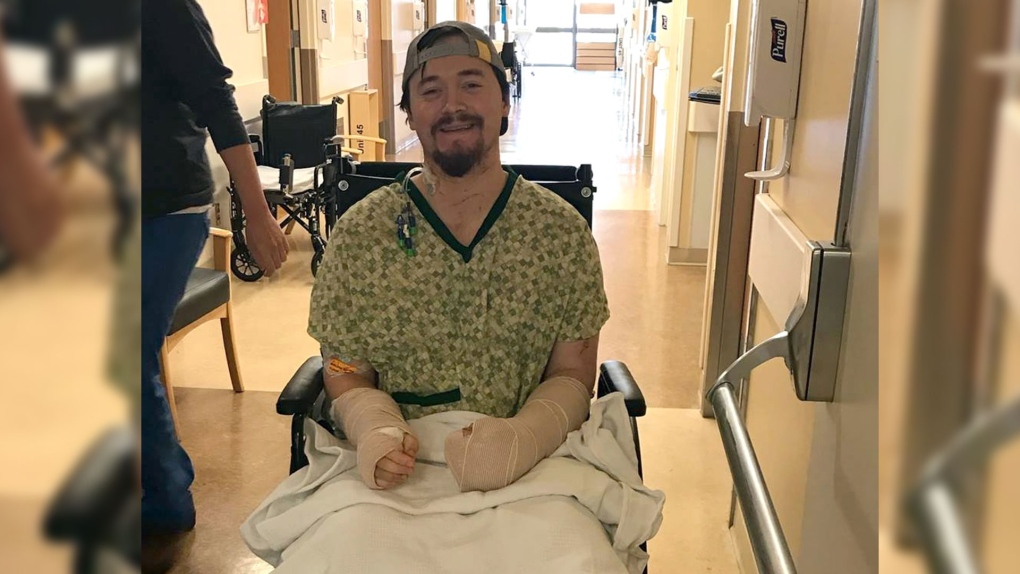 Alex Lovell is shown in this photo he posted to Facebook on March 9, 2018. (Alex Lovell/Facebook)

Either way, something kicked in that allowed Washington man Alex Lovell to survive when his now-ex-girlfriend attacked him earlier this month with a samurai sword.

Lovell, 29, told the Oregonian/OregonLive Wednesday that he woke on the night of March 3 to his girlfriend, Emily Javier, stabbing and slashing him with a sword in a jealous rage.

He said his instincts kicked in and he used the moves he had learned in Chinese martial arts training classes and watching kung fu movies to fight her off.

"I was able to wing chun my way to survival," Lovell said.

"I was just so proud for beating this samurai wannabe crazy lady with hate in her heart,” he said. “I've been preparing my whole life for something like this."

Bleeding from more than 26 wounds, Lovell says he eventually got Javier into a bear hug and begged her to stop the attack and call an ambulance.

Javier agreed. Police have now released the transcript of a 2 a.m. call in which a woman alleged to be Javier told the dispatcher: "I just stabbed my boyfriend… He's dead, I think he’s dead. You need to hurry."

"Where did you stab him?" the dispatcher asks.

“In the bedroom,” the woman responds.

Police in Camas, Wash. northeast of Portland, Ore. allege in a court affidavit that when they arrived on scene, Javier told them she had suspected Lovell had been cheating on her.

So she said she bought a samurai sword, which she hid under the bed, with a plan to kill Lovell while he slept.

“I was trying to kill him for cheating. That was my purpose,” police allege Javier told them.

She has been charged with attempted murder and has pleaded not guilty.

Lovell told the Oregonian he never cheated on Javier, saying he had been too busy, spending 12 hours a day training for a computer game called "PlayerUnknown's Battleground.”

"I barely had time to hang out with my girlfriend, let alone another girl," he said.

Lovell has now been left with “some gnarly injuries,” as he called them, including deep cuts to his feet and legs and several wounds to his torso, neck and head. Doctors also had to reattach three fingers that were nearly amputated in the attack.

Members of the "PlayerUnknown's Battleground" gaming community have launched a GoFundMe campaign for Lovell -- who’s known as “Biggie” -- to help pay his medical expenses.

Lovell told the Oregonian that although he has extensive physical therapy ahead of him, he is proud to have survived the attack.

"The feeling I had when I won the fight with my bare hands is just absolutely the best feeling," he said. "I've played all the sports, won big games, landed some decent tricks on my snowboard. This was better."