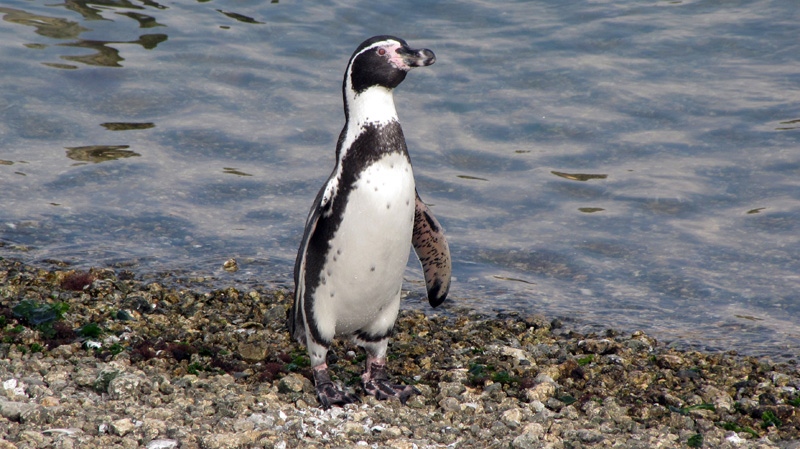 In this photo taken April 2, 2012, a Humboldt penguin walks along the coast of Pajaro Nino Island, Chile. (AP Photo/Paulina Arce)

LONDON -- A former birdkeeper who stole a pair of penguins from a British zoo and sold them on Facebook was sentenced Friday to 32 months in prison.

Bradley Tomes, 25, was sentenced by a judge at Preston Crown Court for taking Humboldt penguins Pablo and Penny from Lakes Safari Zoo in northwest England, where he had previously worked in the aviary.

Prosecutors said Tomes broke into the zoo twice in 2018, stealing the penguins and numerous other birds including spoonbills, egrets and macaws.

He was arrested after an animal collector who had bought the penguins for 9,000 pounds ($11,600) contacted a veterinarian because the animals were in poor health. He also reported the incident to police, despite the pleas of Tomes, who offered to give his money back. When Tomes went to the buyer's house with the refund, he was arrested by waiting police officers.

Wendy Evans of the Crown Prosecution Service said Tomes "showed utter disregard to the wellbeing of the birds he stole from his previous employer for his own financial gain."

"In police interview he denied committing the offences, but once faced with the overwhelming evidence against him, he pleaded guilty," she said.