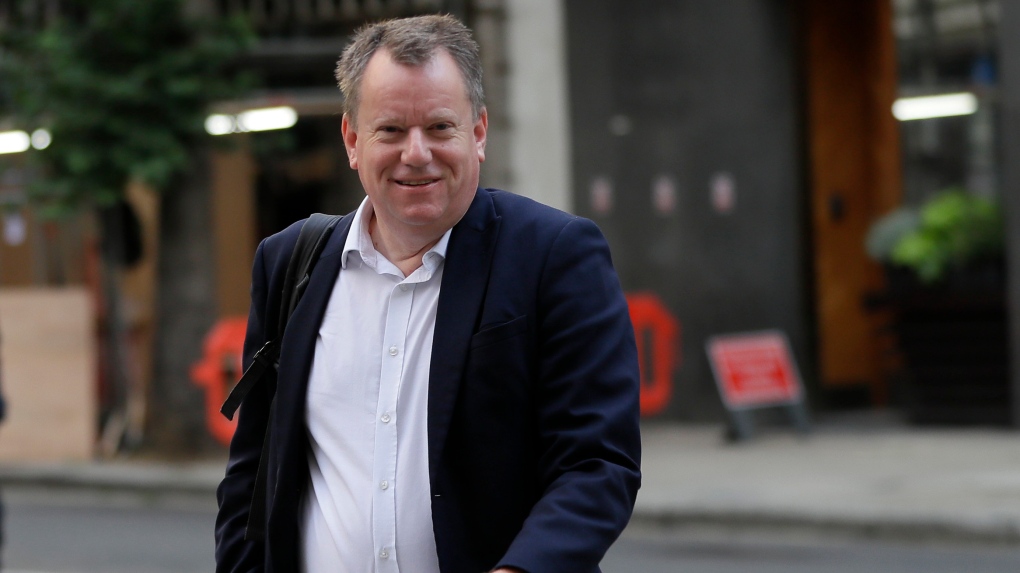 LONDON -- Teams from Britain and the European Union resumed face-to-face talks on a post-Brexit trade deal Saturday, with both sides sounding gloomy about striking an agreement in the little time that remains.

EU chief negotiator Michel Barnier returned to London to meet his U.K. counterpart David Frost. Talks have been held virtually for the past week as Barnier completed a spell of self-isolation after a member of his team tested positive for the coronavirus.

COVID-19 is just one complication in negotiations that remain snagged over key issues including fishing rights and fair-competition rules. Barnier said Friday that the remote talks had made little progress and the "same significant divergences persist."

The U.K. left the EU early this year, but remained part of the bloc's economic embrace during an 11-month transition as the two sides tried to negotiate a new free-trade deal to take effect Jan. 1. Talks have already slipped past the mid-November date long seen as a deadline to secure a deal in time for it to be approved and ratified by lawmakers in Britain and the EU.

If there is no deal, New Year's Day will bring huge disruption, with the overnight imposition of tariffs and other barriers to U.K.-EU trade. That will hurt both sides, but the burden will fall most heavily on Britain, which does almost half its trade with the EU.

While both sides want a deal, they have fundamental differences about what it entails. The 27-nation EU accuses Britain of seeking to retain access to the bloc's vast market without agreeing to abide by its rules, and wants strict guarantees on "level playing field" standards the U.K. must meet to export into the EU.

The U.K. claims the EU is failing to respect its independence and making demands it has not placed on other countries with whom it has free trade deals, such as Canada.

To reach a deal the EU will have to curb its demands on continued access to U.K. fishing waters, and Britain must agree to some alignment with the bloc's rules -- difficult issues for politicians on both sides.

British Prime Minister Boris Johnson told Irish leader Micheal Martin on Friday that he remained committed "to reaching a deal that respects the sovereignty of the U.K.," Johnson's office said.