Turkey vows to send back ISIS members to their countries 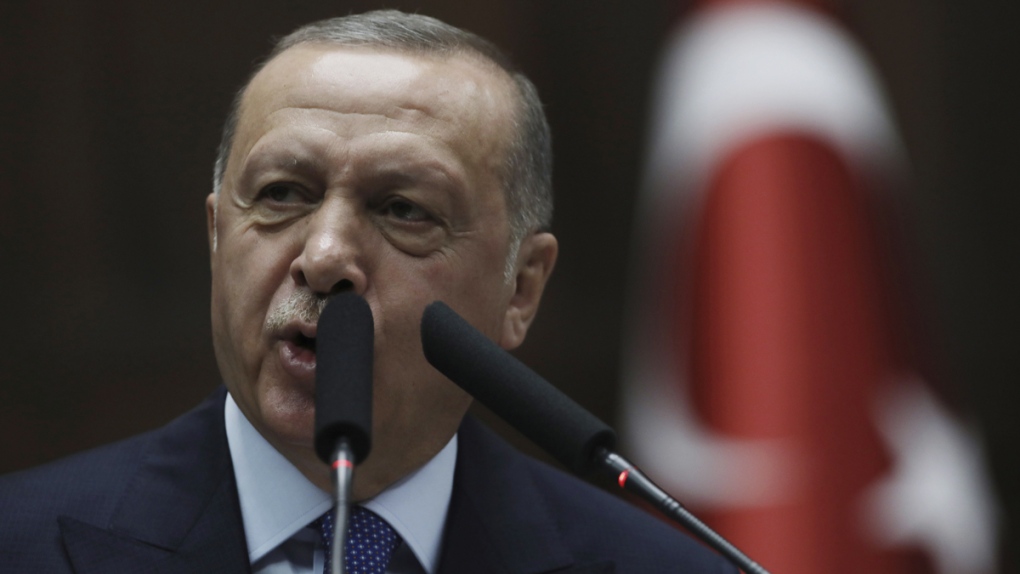 ISTANBUL -- Turkey will send back Islamic State group members to their countries of origin, the interior minister said Monday.

Suleyman Soylu said in Ankara that members of the extremist group held by Turkey would be returned regardless of countries revoking their citizenship.

Turkey has accused the Syrian Kurdish forces it is fighting in northeastern Syria of releasing IS families from camps last month. There has been widespread international concern that thousands of IS detainees in Syria could escape.

Soylu said about 1,200 foreign IS fighters were in Turkish prisons and 287 members, including women and children, were re-captured during Turkey's offensive in Syria.

The minister has previously said foreign IS members in Syria would be taken to prisons or camps operated by Turkey-backed Syrian fighters in so-called safe zones in northern Syria, including in Jarablus, al-Bab, Azaz and Afrin. Turkey cleared those areas of IS and Syrian Kurdish fighters, which it deems terrorists, in two previous operations.

He said more fighters were held in deportation centres in Turkey, but didn't provide statistics.

Soylu said Saturday that "we are not a hotel" for any country's IS members.