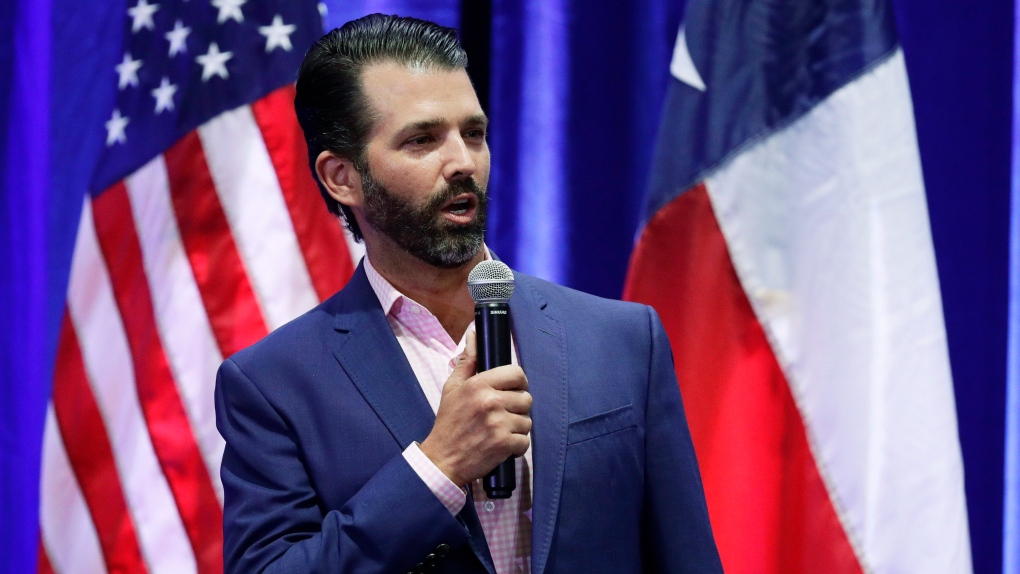 LOS ANGELES -- Donald Trump Jr.'s appearance Sunday at a university to talk about his new book on liberals and free speech was marked by an argument between him and the audience over why he would not take questions, the Guardian newspaper reported.

Members of the audience of about 450 people at the University of California, Los Angeles, were angry that Trump and his girlfriend, former Fox News personality Kimberly Guilfoyle, declined to take questions because of time constraints, the Guardian reported. Trump was at UCLA to promote his new book "Triggered: How The Left Thrives on Hate and Wants to Silence Us."

After initially being greeted with shouts of "USA! USA!" members of the audience eventually turned to louder, openly hostile chants of "Q and A! Q and A!" after they were told he would not take questions.

The Guardian said that Trump told the audience that taking questions from the floor risked creating soundbites that left wing social media posters would abuse and distort.

Guilfoyle told audience members that they were being rude.

Shortly thereafter, she and Trump left the stage.

Andy Stein, a supporter of U.S. President Donald Trump, told the Times that he came to UCLA to listen to Trump Jr. because he sees the son as a "chip off the old block" and admires his "feistiness."

UCLA said in a statement that it was not a university-sponsored event, and allowing someone to speak on campus is not an endorsement of their views.

"The speakers were invited to campus by one of UCLA's more than 1,200 student organizations, all of whom have access to university resources," it said.