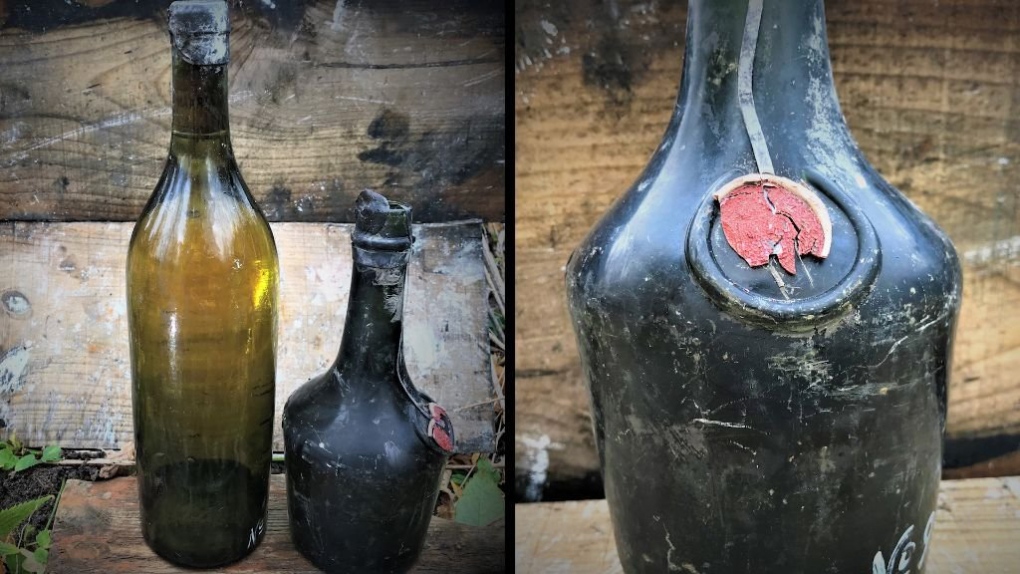 A team of ocean explorers says it has retrieved cognac and liqueur from a ship that was bound for Russia when it was sunk by a German submarine in 1917. (Ocean X Team)

A group of underwater treasure hunters has salvaged hundreds of bottles of rare cognac and liqueur from a ship that was sunk by a German U-boat during the First World War.

Divers and unmanned underwater vehicles from Ocean X Team and iXplorer worked around the clock for a week last month to haul up case after case of booze from the Swedish steamer SS Kyros, which has been sitting in about 250 feet of water (77 meters) in the Baltic Sea.

"We don't know yet if it is drinkable. We get a fraction of smell from the Benedictine bottles and it smells sweet and from herbs," Lindberg told CNN. "We can't get any sense of smell from the cognac bottles, but that might just be in order since it should not smell through a cork."

He said they are researching the cognac and talking with Bacardi to try to determine the value of the haul.

"The cognac is of a very unknown brand and we don't know now how that will affect the value," Lindberg said. "We certainly don't want to open a bottle if the value is tens of thousands of dollars. We are trying to find info but it's not easy."

They don't know how many bottles still have their seals intact, he said, but some have had their corks pushed down into the bottles.

"Those bottles that have their corks still in place should be good since there is still air between the level of the content and the cork," Lindberg said.

The Kyros was on its way from France to the Russian city of St. Petersburg, then known as Petrograd, when it was stopped by the German submarine UC58 in 1917.

Russia was ruled by Czar Nicholas II at the time.

"We can't tell for sure that these bottles were for the Czar himself, but for the nobility around him for sure," Lindberg said.

The German submarine captain had the boat sunk because its cargo was considered contraband. They put explosives in the Kyros' engine room to sink it.

The crew was put on nearby ship and returned safely to Sweden, according to the Ocean X team.

Divers also found a holster and what was left of a Luger pistol in the ship, Lindberg said.

The wreck was discovered in 1999 and has been damaged by fishing equipment over the years. The team had to clear away nets so it would be safe for divers to access the wreck.

Lindberg said they eventually plan to sell the bottles, but they are not in any rush.