Thousands of supporters of embattled Thai opposition take to the streets 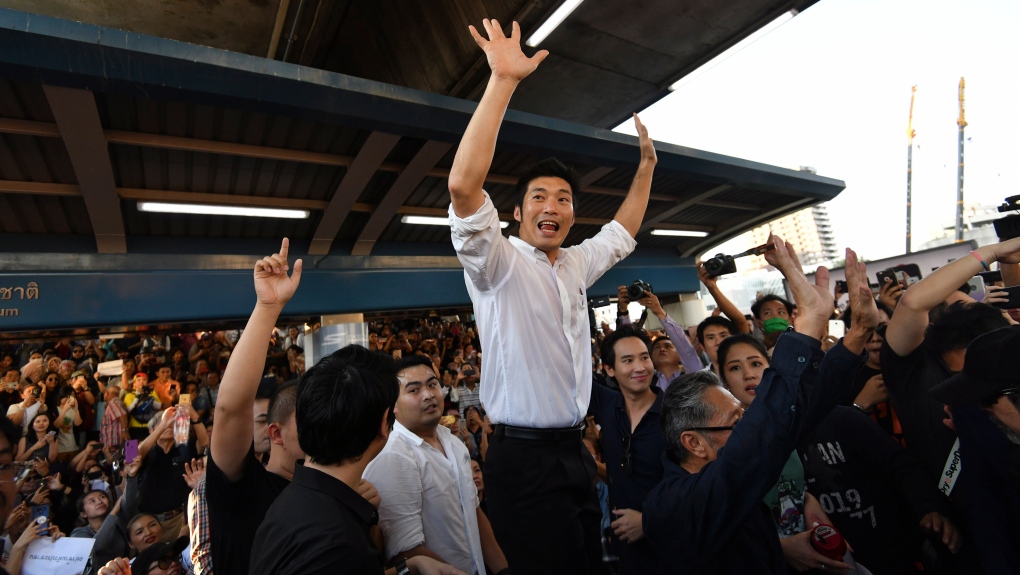 BANGKOK -- Several thousand people have rallied in the Thai capital in support of a popular opposition party that is under threat of dissolution in one of the largest pro-democracy gatherings since a 2014 coup.

The Future Forward Party leader made an impassioned speech urging them to stand up and fight for democracy.

The party came from nowhere to finish third in this year's general election. Its progressive, anti-military agenda has needled Thailand's conservative establishment but has struck a chord with the young.

The Election Commission ruled that the party had broken the law by accepting an illegal loan from its leader and recommended it be dissolved.