Richard Berthelsen fact-checks 'The Crown': How accurate is the royal series?

TORONTO -- The much-anticipated arrival of the hit Netflix series “The Crown” latest season has been followed by a lot of discussion, and many debates. But it has also led to many questions about what was really said and done behind the wrought iron gates and closed doors of palaces and country houses. Everyone wants to know what life is really like behind those barriers, and as the series has now reached the arrival of Lady Diana, there is great interest in this interpretation of events.

But viewers need to beware and have a royal expert or Wikipedia close at hand as “The Crown” plays fast and loose with what really happened and how it really works.

While the basic outline of the series conflates events and timeline, many of the episodes in the series examine truth that seems stranger than fiction, including security breaches at the Palace, the murder of Lord Mountbatten by the IRA, the rise and fall of a Royal marriage, as well as the dramatic impact of U.K.'s first female prime minister Margaret Thatcher whose leadership style was unlike anything the Queen or the U.K. had seen.

The show revels in the detail of the clothing, the skill of the cast in acting and imitation as well as grand interiors - although as the intruder Michael Fagan notes in episode 5, in reality, the Palaces often need a fresh decorator and a lick of paint. As always, what is left out is as telling as what is included.

For the few who have spent time with the Royal Family, covered them in the media, or worked behind the scenes, the characters in the series seem cartoonish and shallow. Just as “no man is a hero to his valet,” no family can survive speculation of thoughts and conversation, particularly as the writers were not in the room and don’t seem to have the ear for how the Royals speak behind closed doors. 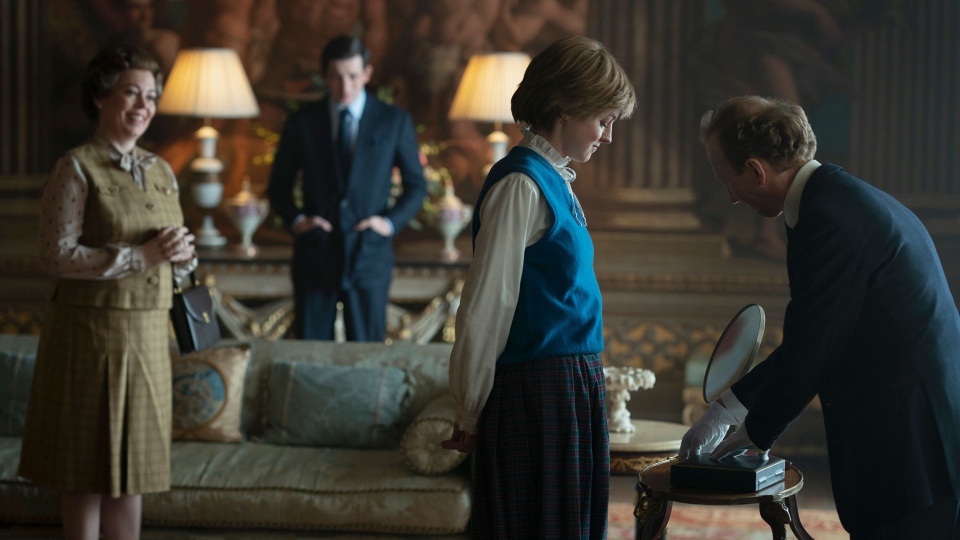 This image released by Netflix shows Olivia Colman, from left, Josh O'Connor and Emma Corrin in a scene from "The Crown." (Des Willie/Netflix via AP)

In “The Crown,” the show’s creator and writer Peter Morgan relies heavily on media reports as well as a few interviews and speeches in the public domain. Lesser Royals are shown making statements that are pulled from the headlines of today, rather than what they might have thought or said at the time.

Olivia Colman’s Queen comes off as slightly confused and mystified about everything that is going on. In the episode “The Balmoral Test,” one is led to believe that the Royal Family is simply waiting for people to make a gaffe for a laugh. In truth, the Queen is known as a very gracious hostess, who takes great pride in her homes and ensure that guests feel comfortable. There is no doubt that these castles and grand country houses and life there are only slightly updated from Downton Abbey, but the warmth of the welcome is always a priority. The suggestion that Diana would not know how to behave when she came from a huge country home herself is unlikely. Similarly, British prime ministers are lent their own country estate (Chequers), and they understand what to expect, even if Thatcher might have preferred to work than stalk game.

True, the 1980s went from the high point of a fairy-tale wedding and the birth of two heirs, to the parched earth of a failed marriage. But to show Prince Charles simply as a bitter and stooped figure like Richard III is wide of the mark to many who also observed him and the Princess in happier times or in their public duties.

For Canadians, the series again takes a miss on royal tours or involvement by Canadian political figures. Viewers watching “The Crown” may be surprised to learn that there were 47 visits to Canada from 1979 to 1990, including two major ones by Charles and Diana. While a tour to Australia in 1983 is shown, there was a similar phenomenon of crowd sizes and a clear preference for Diana in walkabouts here as well. 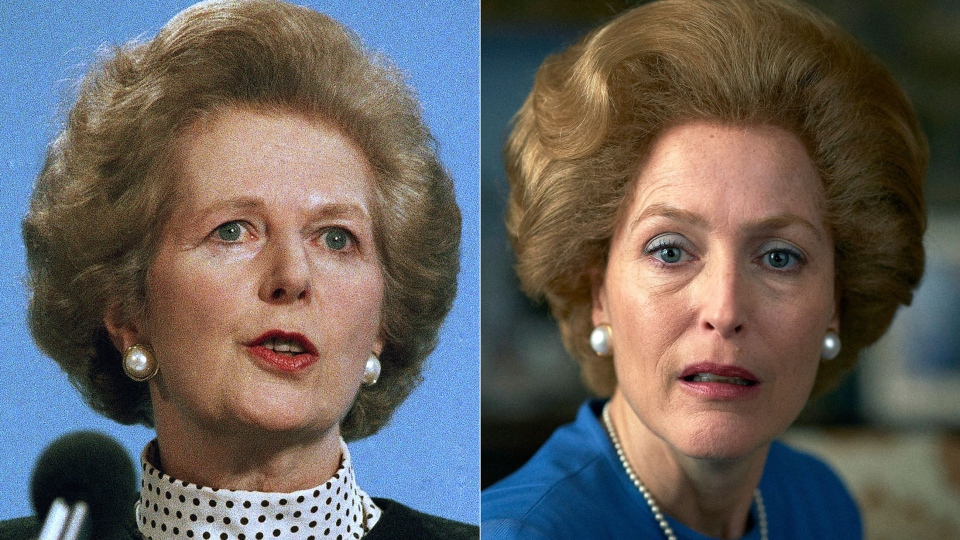 On that tour, then-New Brunswick premier Richard Hatfield proposed a toast that made him sound more like a groupie than a political leader when he said: “Let the flame burn, for yes, the flame is love.” I had the privilege of working on the inside of royal tours in these years, and it was clear to those involved that there was a dramatic souring in the interaction between the Prince and Princess from 1983 to 1986 and in their final joint tour here with their young sons in 1991.

“The Crown” suggests that they were arguments about the itinerary and plans for infant Prince William on the way to Australia, but anyone who works on trips of this kind knows that these details are agreed well in advance. In addition, the episode, and the term, “Terra nullius” about the Australian visit is misunderstood by the writers as referring to lingering colonial attitudes of the British in Australia when it actually refers to the legal principle that ran roughshod over Indigenous rights in the first place. The series suggests, inaccurately, that members of the Royal Family are touring to promote themselves rather to focus on local celebrations or recognizing achievement and identity.

This series also focuses on Margaret Thatcher’s time as U.K. prime minister. The Queen has seen more than 170 prime ministers in various countries throughout her reign. More than a few have played a major role in Commonwealth affairs. And on apartheid in South Africa it was Canada’s then-prime minister Brian Mulroney who was a key counterbalance to Thatcher in the 1980s. While Thatcher is shown lecturing the Queen as if in a public meeting or the House of Commons, audiences are private conversations where the prime minister might be asked questions by the Monarch but there would be no debate.

When the Queen is uncomfortable with something, the prime minister is likely to be asked a question with three simple words: "Are you sure?” Her Majesty is a clever operator who encourages, supports, and has a quiet word with a prime minister where it would be helpful. In Commonwealth affairs and where she could, the Queen has effectively played advice of Canadian prime ministers against what advice she may have received from the U.K. side when it suited her or the Commonwealth. 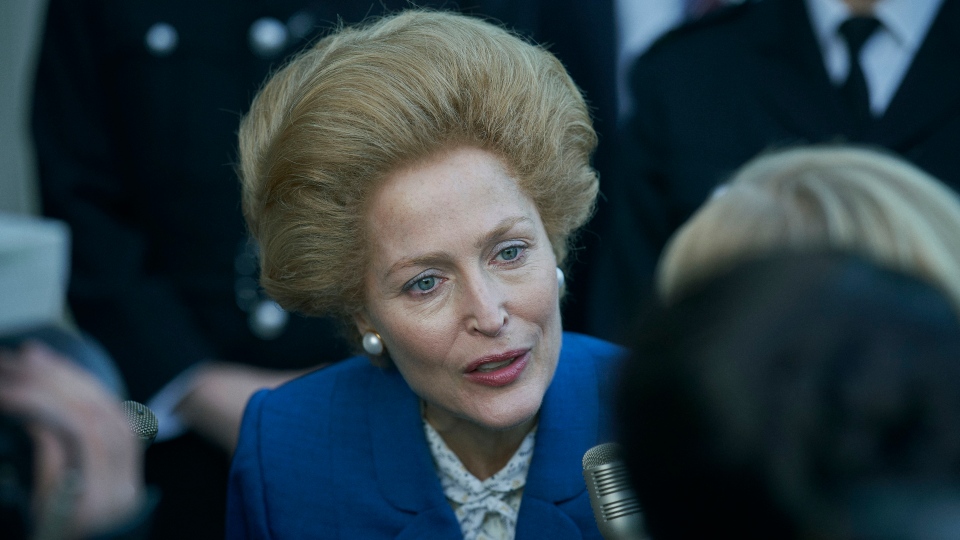 This image released by Netflix shows Gillian Anderson in a scene from "The Crown." (Des Willie/Netflix via AP)

In the last episode, we see the Queen honouring Thatcher with the Order of Merit, at the end of her premiership. Viewers may not know that Jean Chretien as well as Lester Pearson were also honoured at the end of their time with this personal honour from the Queen as a mark of personal esteem.

The story of the ill-fated marriage of Diana, Princess of Wales continues to fascinate and this series plays heavily into the pre-established narrative around the relationships and the role of Camilla Parker Bowles.

With sheer serendipity, unanswered questions were again in the media this past week with new allegations about the lead up to the 1995 Panorama “Revenge” interview. While this will no doubt be covered in the next series, it is an example of how these events continue to reverberate and we are now dealing with contemporary history. This new reporting hit a raw nerve within the Royal and Spencer families alike. The inquiry, which has been announced as to how the BBC and its presenter, Martin Bashir were able to get Diana to agree to an interview, will continue to be examined in truth and in fiction in the year ahead.

But it is the story of Diana, the hunted, which never seems to end - and there always seems to be another glass slipper to drop. This series of “The Crown” feeds and cultivates that interest and continues the public fascination with her story and her all too brief and tragic turn on the royal stage.