Post-Brexit U.K. reverting to blue passports - made in the E.U. 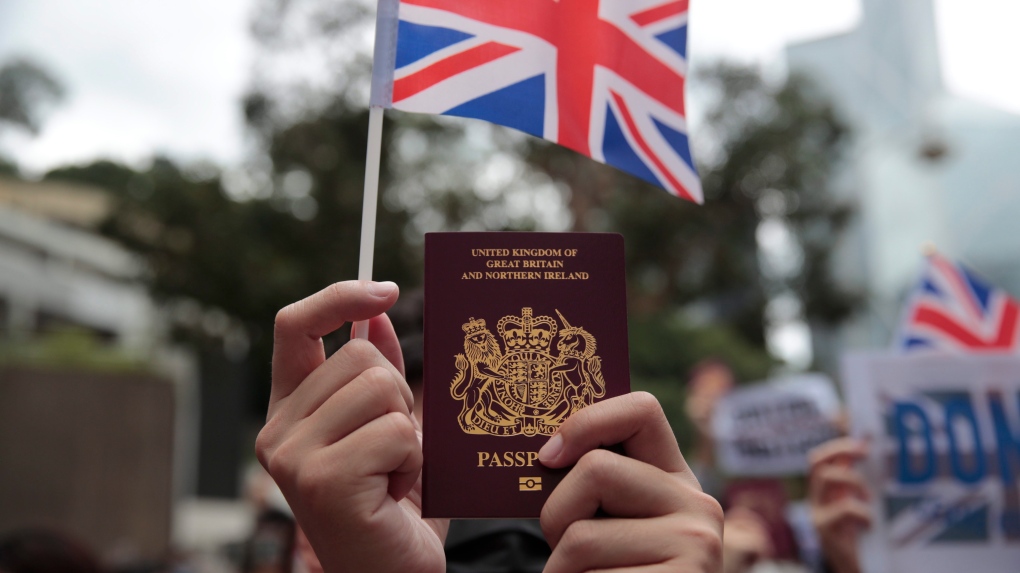 A protestor holds up his British passport and participates in a peaceful demonstration outside the British Consulate in Hong Kong, Sunday, Sept. 1, 2019. (AP Photo/Jae C. Hong)

LONDON -- The U.K. is ditching its European Union-style burgundy passports and returning tor traditional British blue -- but the documents will be made in the E.U.

The British government said Saturday that passports in the "iconic" navy colour, used between 1921 and 1988, will be issued starting next month.

People with the current burgundy passports can use them until they expire.

Some supporters of Britain's exit from the European Union welcomed the symbolic change. Home Secretary Priti Patel said that "by returning to the iconic blue and gold design, the British passport will once again be entwined with our national identity and I cannot wait to travel on one."

Opponents of Brexit pointed out that the passports will be made by French-Dutch company Gemalto, which won the contract to produce them.

The British government says the final stage of manufacturing, in which personal details and photos are added, will take place in Britain, "ensuring no personal data leaves the country."