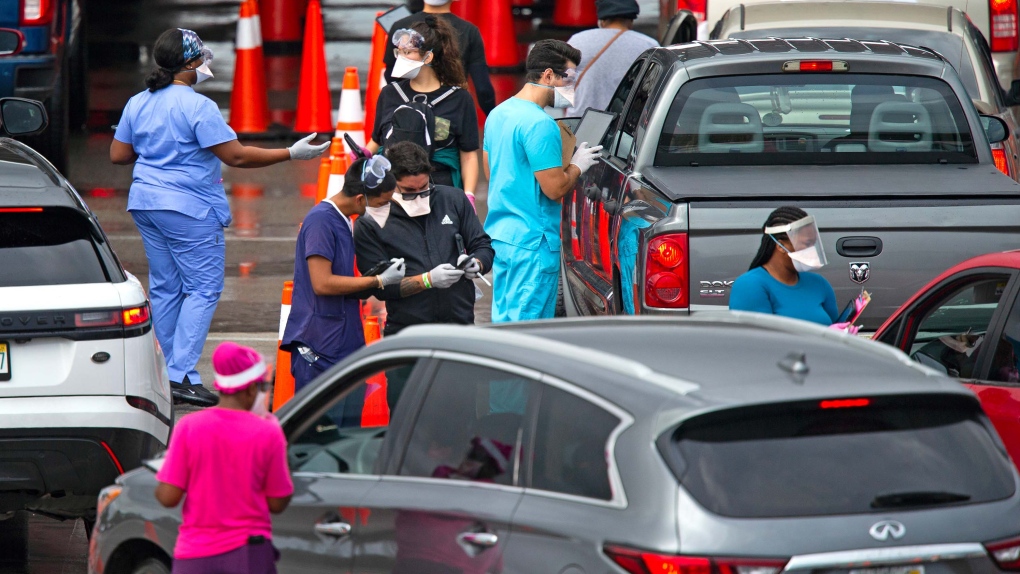 Since Gov. Ron DeSantis reopened Florida in late September, the number of reported COVID-19 cases per week in the state has tripled.

On September 25, DeSantis signed an executive order reopening the state, freeing restaurants and bars to operate at 100 per cent capacity. In the week leading up to the order, Florida reported more than 17,000 new cases.

In the past 7 days, the state has reported more than 53,000 -- meaning three times more Floridians have tested positive in the past week than in the week before the reopening.

As the U.S. grapples with the worst month yet in the pandemic for coronavirus infections and hospitalizations, Florida is nearing 1 million cases. As of Monday morning, the state had reported 938,414 infections, according to data from Johns Hopkins University.

In an effort to curb the spread of the virus, a bipartisan group of mayors from across the state asked DeSantis last week to issue a mask mandate, bolster contact tracing, increase funding for COVID-19 testing, and give mayors more local control.

While DeSantis issued a video message sharing "promising news" about therapeutics and vaccines, he did not address the increase in cases in his state.

When the governor reopened the state, many of the local leaders raised objections.

Miami-Dade County Mayor Carlos Gimenez said he intended to keep restrictions in place despite the order, and Orange County Mayor Jerry Demings said he was disappointed he did not know about DeSantis' executive order until the news conference.

"As we deal with this pandemic, everything happens at a local level, this is where the rubber meets the road. And in order for us to be effective at dealing with the virus, we have to have good communications across the state," Demings said, adding that his office received calls from "numerous businesses" seeking clarity following the governor's statement.

In October, as Florida health officials were reporting nearly 3,000 new cases in one day, the state was bracing to become "like a house on fire," said Mike Osterholm, director of the Center for Infectious Disease Research and Policy at the University of Minnesota.

"What they've done is opened up everything as if nothing had ever happened there and you and I could be talking probably in eight to 10 weeks, and I will likely bet that Florida will be a house on fire," Osterholm told CNN's Jake Tapper.