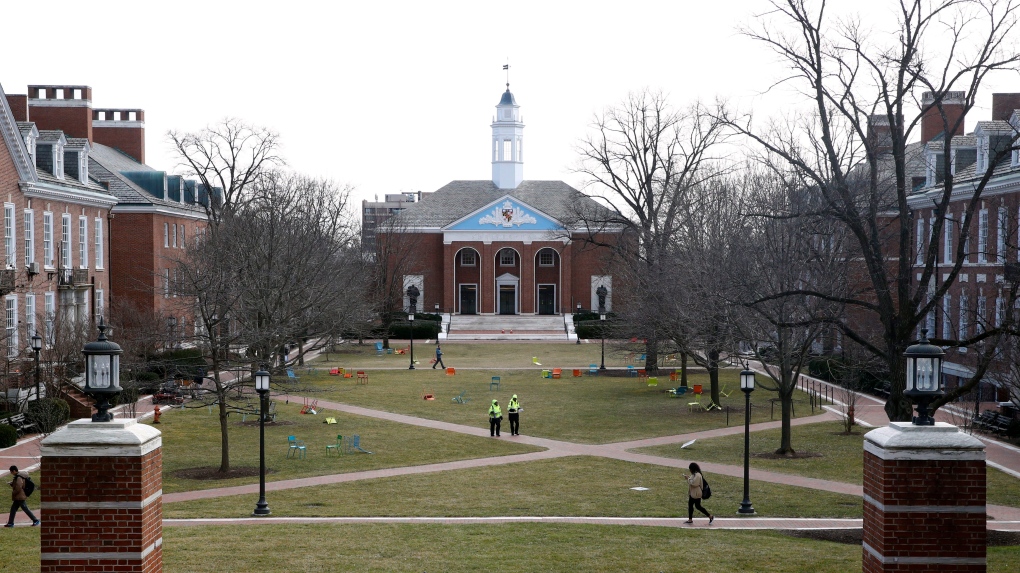 In this Feb. 26, 2019 photo, people walk across a quad at Johns Hopkins University in Baltimore. (AP Photo/Patrick Semansky)

BALTIMORE -- Johns Hopkins University is investigating the discovery of a rope tied into a noose at a construction site in a building it owns off its Baltimore campus.

“Johns Hopkins University condemns this act of hate,” President Ronald J. Daniels said in a message emailed to the university community Friday. “We find such racist imagery horrifying and repugnant and a direct threat to the Black community at Johns Hopkins and in Baltimore, standing in stark opposition to the values of equity, justice, and humanity to which we are firmly committed.”

Representatives of general contractor Plano-Coudon told university officials Thursday that a noose had been found at a site in Baltimore where the firm is renovating a laboratory that is part of the university's Whiting School of Engineering.

The university's Office of Institutional Equity is investigating in co-ordination with the general contractor, Johns Hopkins spokeswoman Karen Lancaster said. Lancaster said the company “has offered its full co-operation and support.”

Daniel Ennis, the university's senior vice-president for administration and finance, said the school has shut down the construction site.

“We take this matter extremely seriously,” he said. “Acts like this have no place in our society.”