Mystery over who's been leaving cash bundles in a U.K. village has been solved 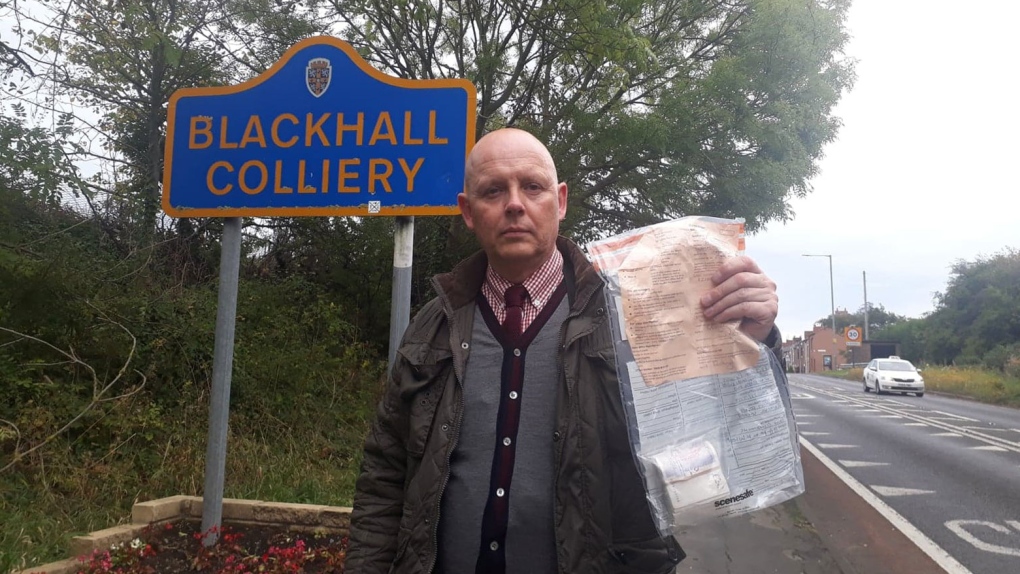 Residents of a small village in northern England have been left mystified by the regular appearance of bundles of bank notes on its streets. But now, police have solved the case of case. (Durham Constabulary)

For years, residents of a small U.K. village were left baffled as to why bundles of cash, usually totalling £2,000 (CAD$3,397) each, were being left on their streets.

Now, the mystery has finally been solved -- and two good Samaritans were behind the kind gestures.

The generous pair voluntarily came forward to the police after residents were left puzzled by the regular appearance of cash bundles, which have been found 12 times in Blackhall Colliery since 2014.

The couple, who have asked to remain anonymous, received unexpected windfalls and wanted to leave the money to help people, Durham Constabulary said in a statement.

They chose Blackhall Colliery as they had an "emotional connection" to the village after being helped by a resident, police added.

Since 2014, the couple have visited the village and left the bundles in places where the money would be found by those in need, such as pensioners and people who have fallen on hard times.

The pair would often stay to make sure the cash had been picked up, police said.

It is not clear whether the pair will continue to leave cash, but police said that any money handed in will be returned to the finder.

"I would like to thank the good Samaritans for getting in touch, and also to the honest residents of Blackhall who have continued to hand the money in," Detective Constable John Forster said. "We would encourage anyone who may find another bundle to continue to hand it in. All the previous bundles have been returned to the finder."

For years, police were unable to identify who had been dropping off the bundles.

Durham Constabulary checked with the local bank and post office, as well as testing for fingerprints.

It is not the first time that honest passersby have handed in large sums of money they found by chance.

In December 2018 a New York subway rider found a Chanel purse containing $10,000 and handed it in.

Police later confirmed that a Manhattan woman filed a report about the bag, which she'd lost as she headed off on a vacation to Russia.