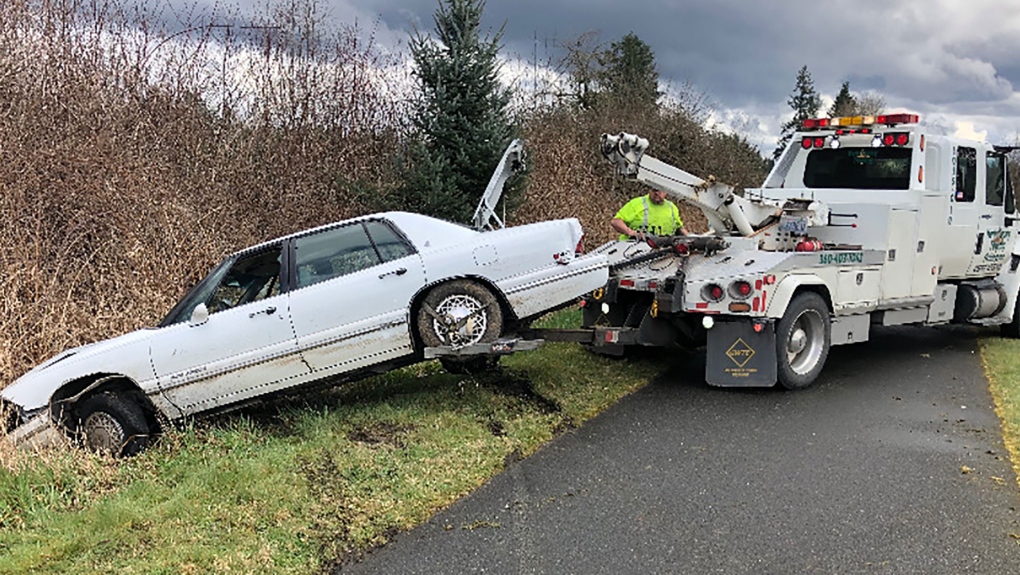 A man was arrested Sunday after leading troopers on a high-speed chase with his dog sitting in the driver's seat, a spokeswoman for the Washington State Patrol said.

The man from Lakewood, Washington, hit two cars on separate occasions and failed to stop both times, leading state troopers on a high-speed chase up Interstate 5, the spokeswoman said. No major injuries were reported in either crash.

The suspect was driving "absolutely recklessly," and a pursuit ensued at 175 kilometres (109 miles) an hour, she said. One of the troopers attempted to corner the suspect's car, looked inside and realized a pit bull was sitting in the driver's seat while the suspect steered, Axtman said.

As he was trying to evade troopers, the suspect drove onto Centennial Trail, a trail for pedestrians and bicyclists in Snohomish County known for being busy, according to Axtman.

"The fact that there wasn't anybody on the trail is nothing shy of miraculous." Axtman said. "We are very thankful."

Eventually troopers were able to use spike strips to end the pursuit. During the arrest, Axtman said the suspect gave them one explanation: He was "trying to teach his dog how to drive."

"I wish I could make this up," Axtman, who is also a public information officer, said. "I've been a trooper for almost 12 years and wow, I've never heard this excuse. I've been in a lot of high speed chases, I've stopped a lot of cars, and never have I gotten an excuse that they were teaching their dog how to drive."

The Washington State Patrol charged the man with reckless endangerment, hit and run, driving under the influence and felony eluding. His bond was set at US$8,500 and he is set to appear in court March 30.

As for the dog, Axtman said the "very sweet girl" was taken to the animal shelter after her owner was arrested.