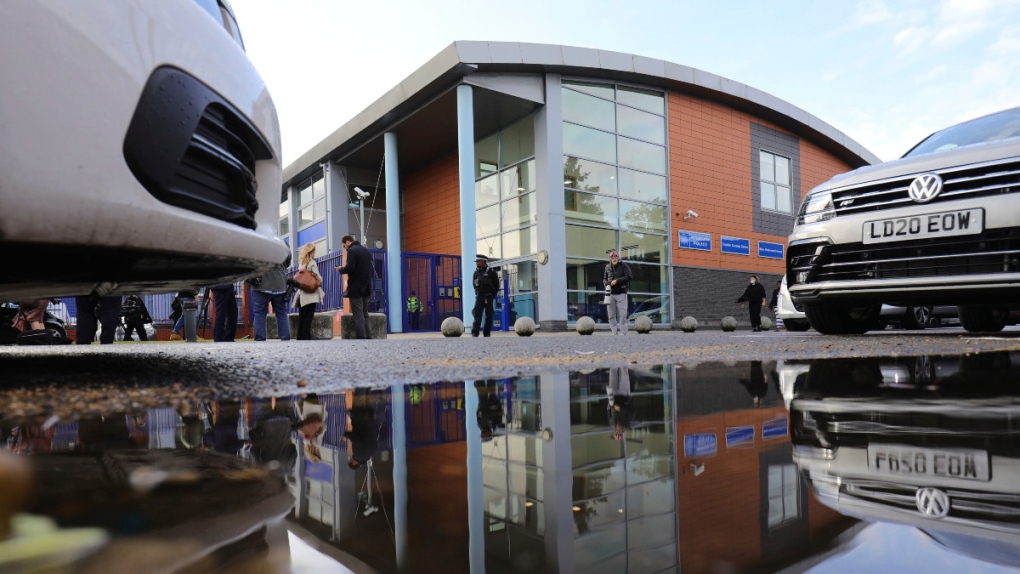 A view of Croydon Custody Centre in London, where a police officer was shot in the early hours of Sept. 25, 2020. (Aaron Chown / PA via AP)

LONDON -- A British police officer was shot dead inside a London police station early Friday by a suspect he was detaining, who then appears to have turned the gun on himself.

London's Metropolitan Police force said the officer was shot at the Croydon Custody Center in the south of the city just after 2 a.m. He was taken to a local hospital where he was pronounced dead.

The 23-year-old man being detained is in critical condition in a hospital with a gunshot wound. The force said no police weapons were fired.

Dick said the dead officer, whose name was not immediately released, was a long-serving sergeant in the force.

"We are all deeply shocked and saddened.," she said. "The Met is a family. Policing is a family, within London and across the United Kingdom, and today we are all mourning a great loss."

"We owe a huge debt to those who risk their own lives to keep us safe," Johnson said.

London Mayor Sadiq Khan said, "My heart goes out to the family of this brave officer, who has paid the ultimate price for helping to keep Londoners safe."

The force has launched a murder inquiry and the independent police watchdog is also investigating.

It is rare for police officers to be shot and killed in the U.K., which has strict firearms laws. The officer is the 17th from the London force to be killed by a firearm since 1945.

The last London police officer killed in the line of duty was Constable Keith Palmer, who was stabbed to death in March 2017 during a vehicle and knife attack outside Parliament.