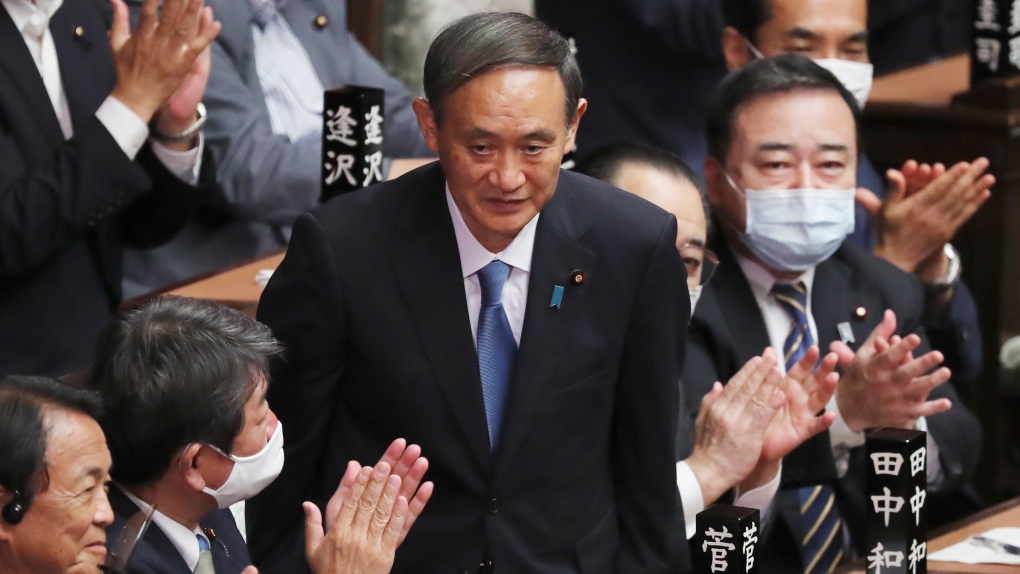 TOKYO -- Japan's Prime Minister Yoshihide Suga held his first talks with U.S. President Donald Trump since he took office, a diplomatic phone call that was one of his first as the country's leader and one that highlights the close tie between the two allies.

"I told him that the Japan-U.S. alliance is the foundation of regional peace and stability, and we agreed to continue to co-ordinate closely," Suga told reporters late Sunday night after the call with Trump.

Suga said Trump also said he wanted to further develop the alliance together.

Suga said the two leaders agreed to co-operate in the fight against the coronavirus and on North Korea's missile and nuclear threats.

Japan's Foreign Ministry said in a statement early Monday that the during their 25-minute call the two leaders also pledged co-operation in the development of the coronavirus vaccines and treatment, as well as regional security concerns.

Known for his political prowess on domestic issues, Suga has hardly travelled overseas and his diplomatic skills are largely unknown, though he is expected to pursue Abe's priorities.

Suga inherits a range of international challenges, including balancing relations with China in the face of an ongoing U.S.-China dispute over trade and other issues.

Suga said Trump told him he can call him any time if something happened.

"Now I've gained confidence," he said, adding that he hoped to hold phone talks with other global leaders to explain Japan's stance and deepen mutual understanding and co-operation.