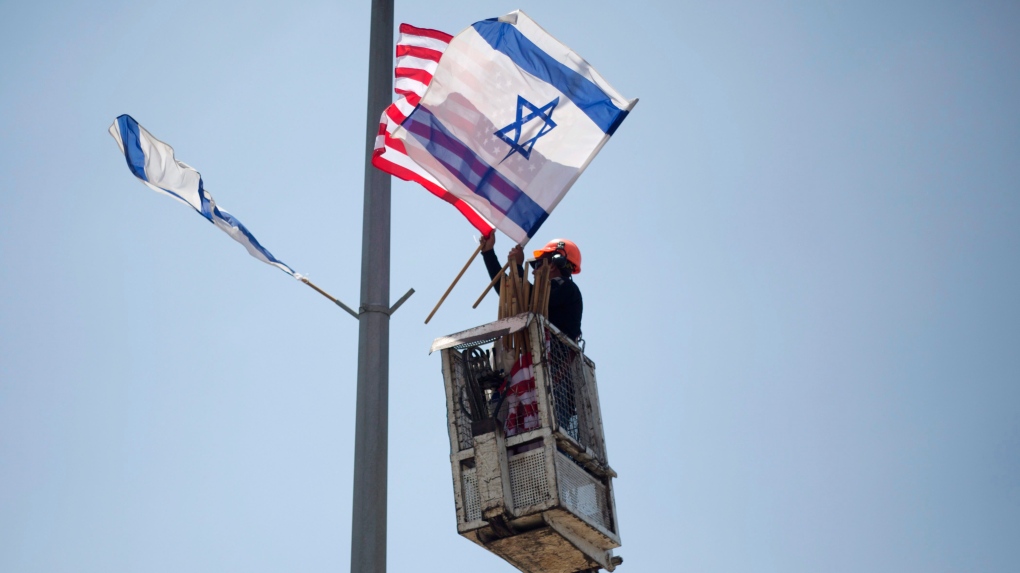 A worker hangs Israeli and American flags on a lamppost along a freeway leading to Jerusalem, Tuesday, May 16, 2017. (AP Photo/Ariel Schalit)

JERUSALEM -- Israel and the United States say they have successfully tested a jointly developed missile defence system in Alaska.

Israeli Prime Minister Benjamin Netanyahu said at a Cabinet meeting Sunday that the Arrow 3 gives his country the "ability to act against ballistic missiles fired against us from Iran and from any other location." The U.S. Missile Defence Agency says in a statement that Arrow 3's interception of a missile outside the atmosphere is a "major milestone" in its development.

Arrow 3, along with the Iron Dome, David's Sling, and the Arrow 2 systems, is part of the multi-layered shield Israel is developing to defend against rockets fired from Gaza and Lebanon, as well as Iran's long-range missiles.