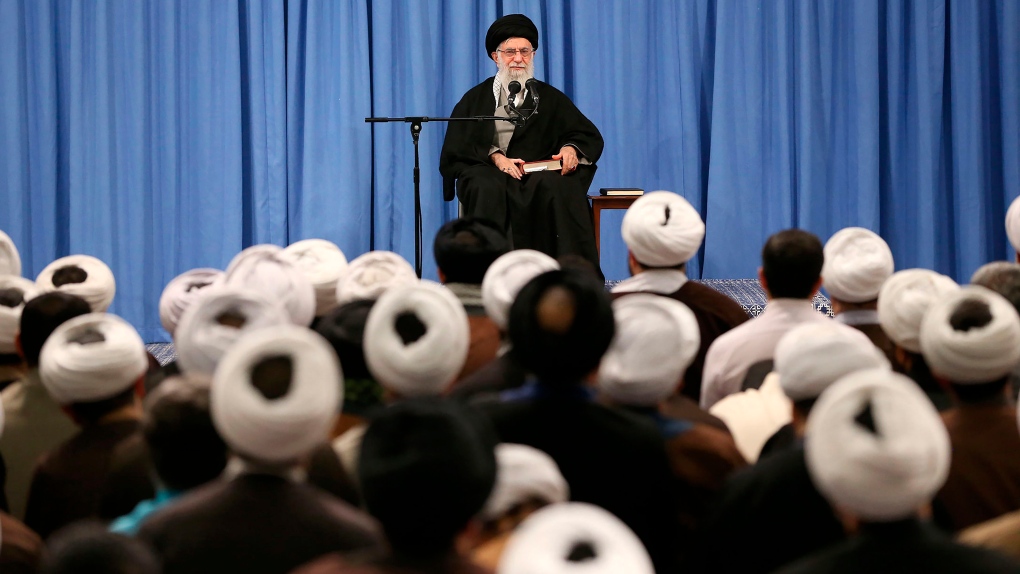 DUBAI, UNITED ARAB EMIRATES -- Iran's interior ministry on Sunday said voter turnout in last week's parliamentary elections stood at 42.57%, the lowest ever in decades, in a possible sign of widespread dissatisfaction with Iran's clerical rulers and the state of the economy amid intense pressure from the United States.

In comparison, turnout was nearly 62% in the 2016 elections. Turnout has consistently been above 50% since the country's Islamic Revolution some four decades ago.

Voters also had limited options on Friday's ballot, as more than 7,000 potential candidates had been disqualified, most of them reformists and moderates. Among those disqualified were 90 sitting members of Iran's 290-seat parliament who had wanted to run for re-election.

Iran's supreme leader and other senior officials had urged people to cast their ballots Friday as a show of resistance in the face of U.S. sanctions that have plunged the economy into recession.

The elections took place under the threat of the coronavirus that originated in China. Iran reported its first cases and deaths of the virus two days before the national polls, and many voters wore face masks as they cast their ballots.

The virus has killed eight people in Iran and infected 43 people across five cities, including Tehran.

The lower turnout is widely seen as a measure of how Iranians view their government. Some voters who chose not to cast ballots expressed apathy in the process and said the government had been unable to stymie the effects of punishing U.S. sanctions on the country.

Interior Minister Abdolreza Rahmani Fazli said the lowest turnout from the vote was in the capital, Tehran, with just 25.4% of eligible voters casting ballots. He said the country voted under less-than-ideal circumstances, and pointed to the spread of the virus as one example, but said nevertheless, "we believe that the number of votes and the turnout is absolutely acceptable."

A range of crises has beset Iran in the past year, including widespread anti-government protests in November sparked by a rise in prices. There were also protests after the accidental downing of a passenger jet by Iran's Revolutionary Guard amid heightened tensions with the U.S. in January. Authorities initially tried to cover up the cause of the crash.

President Hassan Rouhani had criticized the disqualification of so many moderates by the conservative Guardian Council, which is presided over by Supreme Leader Ali Khamenei. Rouhani said the disqualification was akin to customers being told they have options but being offered just one brand at a store. Still, in the days leading up to the election, he joined the chorus of official voices urging people to vote.

Iran's supreme leader on Sunday accused enemy "propaganda" of trying to dissuade people from voting by amplifying the threat of the coronavirus.

"Their media did not ignore the tiniest opportunity for discouraging people and resorting to the pretext of diseases and the virus," he said in remarks from his office in Tehran.

On the eve of the vote in Iran, the Trump administration sanctioned a number of election officials, including the 92-year-old cleric who heads the Guardian Council that vets candidates. U.S. Secretary of State Mike Pompeo slammed the election as a "sham."

Nearly 58 million Iranians, out of a population of more than 80 million, are eligible to vote. More than 24 million voted. Almost half, or 48%, were women.

State TV said that former Tehran mayor Mohammad Bagher Qalibaf, a top contender for the post of parliamentary speaker, was the top winner in the capital, with more that 1.2 million votes.

The vote took place as concerns over the virus' spread began to rise.

Coronavirus clusters in Iran as well as in Italy and South Korea could signal a serious new stage in the global spread of the virus.

Starting Sunday, schools were shut down in Tehran and across 10 provinces for at least two days to prevent the spread of the virus. Authorities have stopped fans from attending soccer matches and closed movie theatres and other venues across the country until Friday. Tehran University also suspended classes and shuttered its dormitories.

Masks, sanitizers and plastic gloves have become scarce or their prices have soared in many drug stores in the capital due to high demand.

Iran is already facing diplomatic and economic isolation by Washington. The virus threatens to isolate Iran even further, with some countries now barring their citizens from travelling there.

Infected travellers from Iran have been discovered in Lebanon and Canada. Iraq, Saudi Arabia and Kuwait have effectively barred Iranians from entry, impacting thousands of religious pilgrims and businessmen. Turkey said Sunday it would close its border with Iran and halt all flights from its eastern neighbour.

On Sunday, Iranian Foreign Minister Mohammad Javad Zarif joked about shaking hands with his visiting Austrian counterpart Alexander Schallenberg and told reporters: "We have to shake hands with them, don't worry I don't have coronavirus."

In his meeting with the Austrian foreign minister, Rouhani quipped that U.S. sanctions on Iran "are like the coronavirus" causing more fear than the reality, the official IRNA news agency reported. He urged Europe to resist U.S. pressure.

Schallenberg is in Tehran amid efforts by European countries to keep alive Iran's nuclear agreement with world powers. Regional tensions have steadily risen since the U.S. withdrew from the landmark deal.