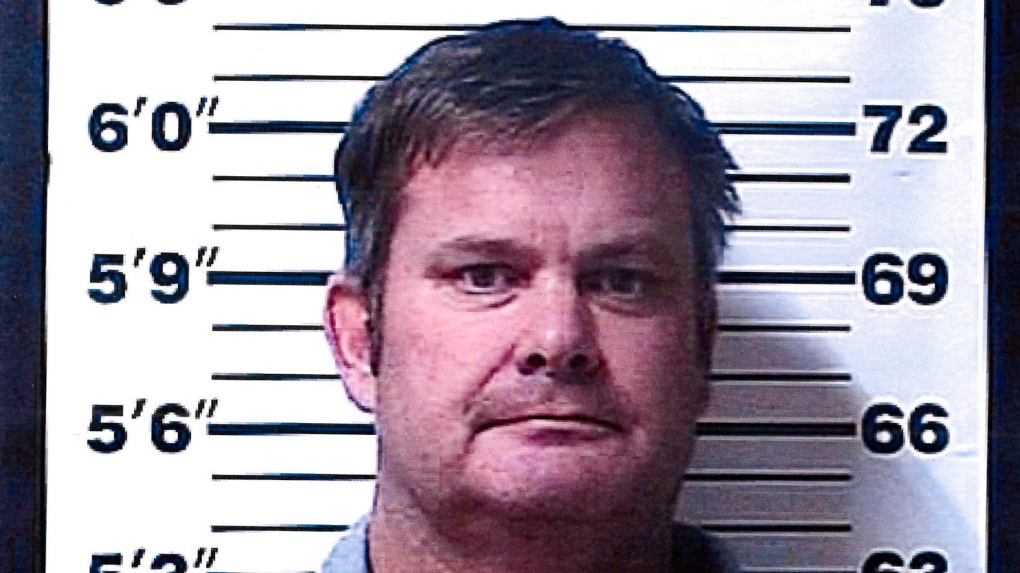 A booking photo provided by the Rexburg (Idaho) Police Department shows Chad Daybell, who was arrested Tuesday, June 9, 2020, on suspicion of concealing or destroying evidence after local and federal investigators searched his property, according to the Fremont County Sheriff’s Office. (Rexburg Police Department via AP)

BOISE, IDAHO -- Prosecutors on Monday plan to begin sketching out their evidence against a couple at the centre of a bizarre case of two missing children whose bodies were later unearthed in rural Idaho, offering potential new details in an investigation with ties to doomsday beliefs and other mysterious deaths that captivated worldwide attention.

The preliminary hearing will help a judge decide if the charges against Chad Daybell will move forward in state court. Daybell, 52, is charged with concealing evidence by destroying or hiding the bodies of 7-year-old Joshua (JJ) Vallow and 17-year-old Tylee Ryan at his eastern Idaho home. Investigators found their remains during a search in June, months after the kids were last seen in September.

Daybell late last year married the kids' mom, Lori Vallow Daybell, who's charged with conspiring to help him keep the bodies hidden and faces the same hearing next week. Both have pleaded not guilty.

Authorities haven't yet said how the children died or who caused their deaths. Court documents suggest JJ was buried in a pet cemetery on Chad Daybell's property and that Tylee's remains were dismembered and burned. Investigators found the bodies by tracking the movements of Lori's brother, Alex Cox, using cellphone data.

Cox is also dead, succumbing to an apparent blood clot in his lung at his Arizona home last December. Police Lt. Ron Ball in the small town of Rexburg, Idaho, wrote in court documents that Cox also was involved in the conspiracy to hide the kids' remains.

Court documents in Lori Daybell's criminal case include claims that the couple believed dark spirits, or "zombies," would possess people. Melanie Gibb said her friend Lori told her at different times last year that both children had become zombies and that the couple believed the only way to rid a person of a dark spirit was by killing them so the person could be at rest in the afterlife.

The strange case began last summer with Cox shooting and killing Lori's estranged husband, Charles Vallow, in suburban Phoenix in what he asserted was self-defence. Vallow had been seeking a divorce, saying Lori believed she had become a god-like figure who was responsible for ushering in the biblical end times.

A short time later, Lori and the kids moved to Idaho, where Chad Daybell lived. He ran a small publishing company and had written many fiction books about apocalyptic scenarios loosely based on the theology of The Church of Jesus Christ of Latter-day Saints. Friends said he claimed to be able to receive visions from "beyond the veil."

At the time, Chad Daybell was married to Tammy Daybell. She died in October of what her obituary said were natural causes. But authorities grew suspicious when Chad Daybell married Lori just two weeks later, ordering Tammy's body exhumed last December in Utah for further investigation. The results of that autopsy have not yet been released.

Police began searching for Tylee and JJ in November after relatives raised concerns, and they soon discovered that both children were last seen in September. Police say the Daybells lied to investigators about the children's whereabouts before quietly leaving Idaho. They were found in Hawaii months later.

The case has drawn so much attention that Madison County Prosecutor Rob Wood recently hired a public relations firm to handle the influx of media requests his office receives. But the investigation isn't over, so authorities have not given details on exactly what they believe happened.

At least some of those details will likely be discussed in court this week, with three FBI agents and an Idaho State Police forensic specialist subpoenaed to testify.

Chad Daybell's defence attorney, John Prior, also will get a chance to argue his side. Neither the couple nor their lawyers have spoken publicly about the case so far.

In most preliminary hearings, defence attorneys try to show the judge that prosecutors' evidence is not strong enough to justify sending the case to trial.