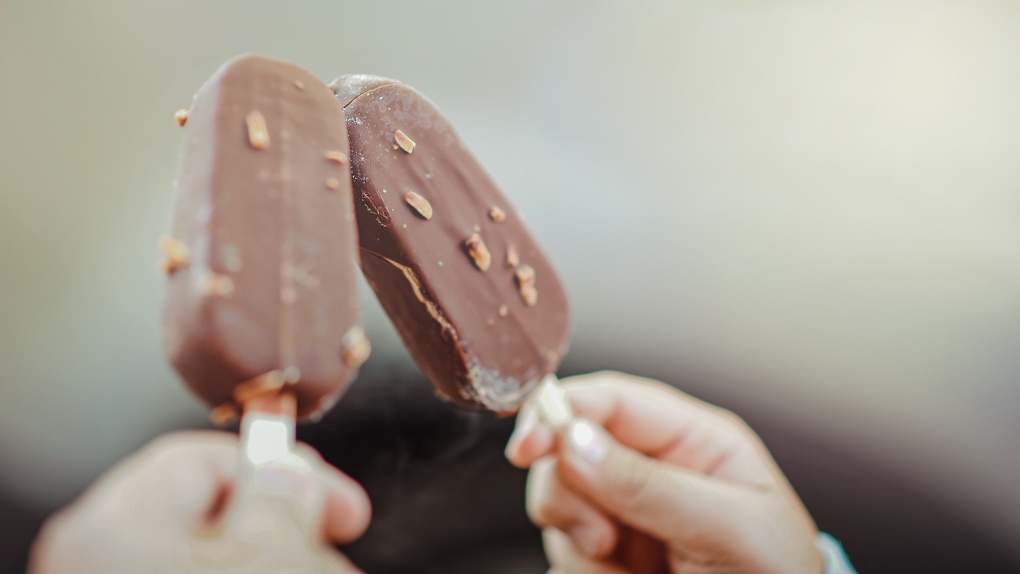 Edy's Pie, as it is now known, is an ice cream treat similar to the one pictured here. (Min An / Pexels)

Eskimo Pie has decided on a new name three months after it acknowledged its original name was offensive toward Indigenous communities.

Beginning early 2021, the chocolate-covered vanilla ice cream bar will be called Edy's Pie, a nod to one of the company's founders, Joseph Edy. It's also a familiar name to many because its maker, Dreyer's Grand Ice Cream, markets food under the Edy's name on the U.S. East Coast.

The name "Eskimo" has long been used by non-Indigenous groups to refer collectively to Inuit and Yupik people, according to the Alaska Native Language Center at the University of Alaska. "This name is considered derogatory in many other places because it was given by non-Inuit people and was said to mean 'eater of raw meat,'" it said.

Linguists also say the word has another origin, based on a word meaning "to net snowshoes," the language centre says on website.

The ice cream manufacturer announced plans for the name change in June, saying it was "committed to being a part of the solution on racial equality," and that it recognized the "Eskimo" term is derogatory.

The Nestlé-owned company joined other brands in overhauling brands and logos with racist roots, including Aunt Jemima, Cream of Wheat and Uncle Ben's.

Eskimo Pie, which has been using the name for nearly a century, is one of the first brands to actually announce a new name. Several companies said they would change their logos shortly after the police killing of George Floyd, which ignited a nationwide racial reckoning that corporate America was forced to address.

The only other brand to unveil a new name so far is Uncle Ben's, which is changing its name to Ben's Original.

--CNN's Alta Spells and Jay Croft contributed to this report.