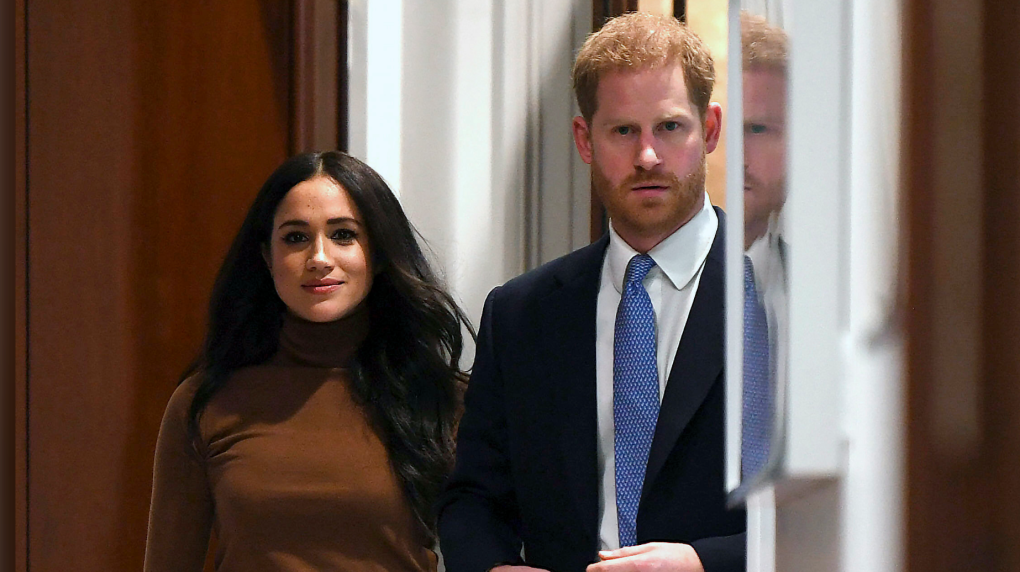 Prince Harry and Meghan, Duchess of Sussex smile during their visit to Canada House in thanks for the warm Canadian hospitality and support they received during their recent stay in Canada, in London, Tuesday, Jan. 7, 2020. (Daniel Leal-Olivas/Pool Photo via AP)

TORONTO -- Harry and Meghan have settled into self-isolation in Los Angeles, according to reports.

The Duke and Duchess of Sussex had been living on Vancouver Island when they announced earlier this year that they would be stepping back from the Royal Family to pursue a more independent life.

A source told People magazine and the Sun that the couple moved from Canada to L.A., where Meghan was born and where her mother Doria Ragland lives. On Thursday, the number of COVID-19 cases in the United States surged to the most of any country in the world.

At time of writing, Buckingham Palace had not replied to a CTVNews.ca request for comment.

The couple completed their final royal duty in London on March 9, two days before the World Health Organization declared the coronavirus outbreaks a pandemic. At that point, there were approximately 300 confirmed cases of COVID-19 in the United Kingdom. Today there are nearly 12,000 cases and more than 500 deaths.

Harry and Meghan’s final royal duties saw the couple alongside senior members of the Royal Family at Westminster Abbey for the annual Commonwealth Service. Prince Charles, who tested positive for COVID-19 earlier this week, and the Queen, were also in attendance.

Last week, in an official statement before Charles was a confirmed coronavirus case, the Queen said the Royal Family is “ready to play our part” to ensure the safety of loved ones.

“At times such as these, I am reminded that our nation’s history has been forged by people and communities coming together to work as one, concentrating our combined efforts with a focus on the common goal,” she said in the March 19 statement.