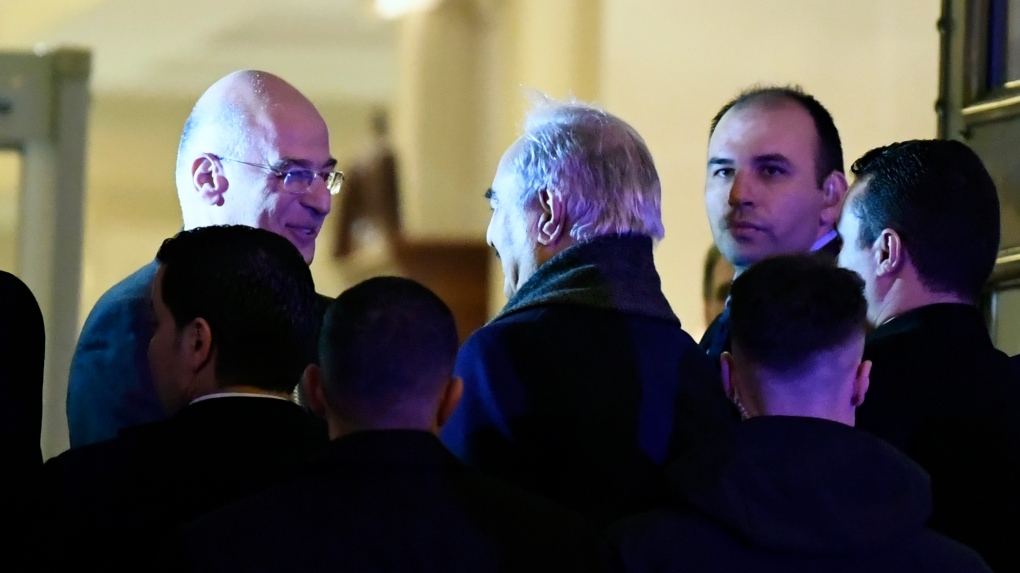 ATHENS, GREECE -- Greece will block any European peace deal on Libya unless an agreement between the internationally-recognized government in Tripoli and Turkey on maritime borders is scrapped, Greek Prime Minister Kyriakos Mitsotakis warned Thursday.

European Union-member Greece objects to the maritime border deal between the Tripoli government and Turkey, which ignores Greek sea rights in an area that is thought to contain potentially rich natural gas deposits.

Mitsotakis described the Turkish-Libyan deal as "unacceptable and illegal" in his interview on private Alpha TV, adding that he has conveyed his intentions on blocking a potential peace deal to senior European officials.

"Greece, at the level of a (European Union) summit meeting, will never accept any political solution on Libya that does not include as a precondition the annulment of this agreement," he said.

"To put it simply, we will use our veto even before the matter reaches the summit, at the level of (EU) foreign ministers," he said.

Relations between regional rivals Greece and Turkey have deteriorated considerably in recent months over undersea exploration and drilling rights in the Aegean Sea, off Cyprus, and in areas off the southern Greek island of Crete that are included in the Turkish-Libyan agreement.

Ankara raised the stakes with moves to explore waters controlled by Greece and fellow EU-member Cyprus, including sending warship-escorted drill ships into waters where Cyprus has exclusive economic rights.

On Jan. 2, Greece, Israel and Cyprus signed a deal to build an undersea pipeline to carry gas from new offshore deposits in the southeastern Mediterranean to continental Europe.

Turkey strongly opposes the project, which would see part of the 1,900-kilometre (1,300-mile) EastMed pipeline pass through waters it claims under its deal with the Tripoli government.

Mitsotakis also said Athens was very disappointed not to have been invited to an international summit on Libya in Berlin on Sunday, and will phone German Chancellor Angela Merkel Thursday to discuss the matter.

"It was wrong that we were not invited," MItsotakis said. "We have sea borders with Libya and should have been at Berlin."

The meeting in Berlin, to which the United States, Russia, France, Egypt and others have also been invited, aims to bring together many of the countries that have interests in Libya's ongoing civil war.