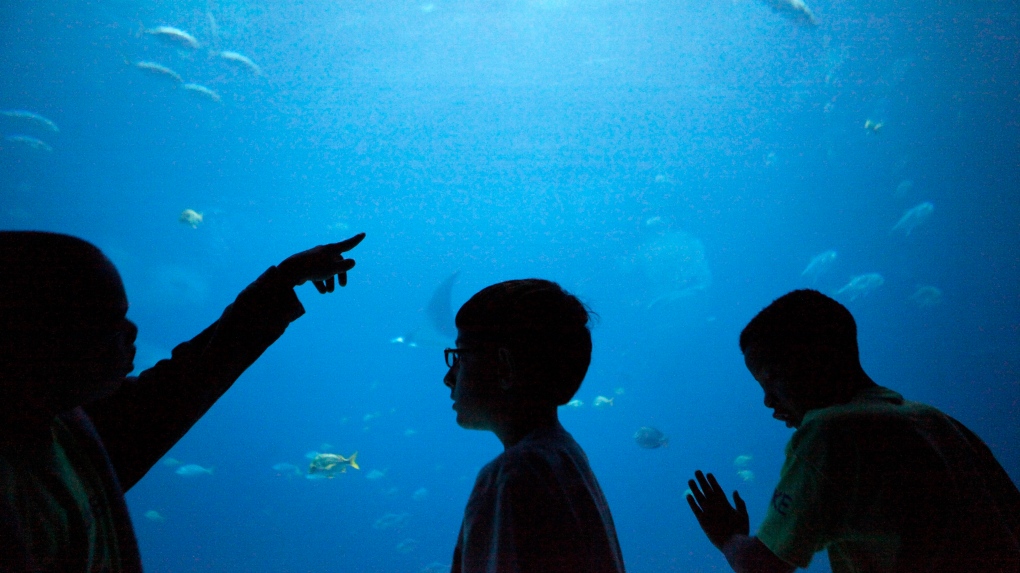 Children take a closer look at an exhibit at the Georgia Aquarium in Atlanta. (AP Photo/Jaime Henry-White, File)

ATLANTA -- The largest female whale shark at the Georgia Aquarium in Atlanta has died.

"She was having difficulty navigating the habitat earlier in the day and then her health rapidly declined," the aquarium said. "Even after exhaustive veterinary and animal care efforts, she ultimately passed away."

Whale sharks, which are the largest fish in the world, have gray skin with white dots and live in tropical waters across the globe, including Mexico and parts of Asia. They are considered endangered, according to the International Union for Conservation of Nature Red List of Threatened Species.

According to the Georgia Aquarium website, their average length is between 18 and 32.8 feet (5.5 to 10 metres).

Trixie and another female whale shark arrived at the aquarium in 2006 after they were flown more than 8,000 miles from Taipei, Taiwan, on a specially configured freighter. The aquarium currently has three other whale sharks.

"She contributed enormously to our understanding of whale sharks and their care," the aquarium said. "Loss is inevitable, but that does not make it any less painful. We are so proud to have been stewards of her care for 15 years. We will miss you, Trixie."

The whale shark looks ominous but is actually gentle, eating plankton and small fish in the water and filtering it through its tiny teeth and quarter-size throat. The spotted fish are considered sharks, not whales, despite their size.