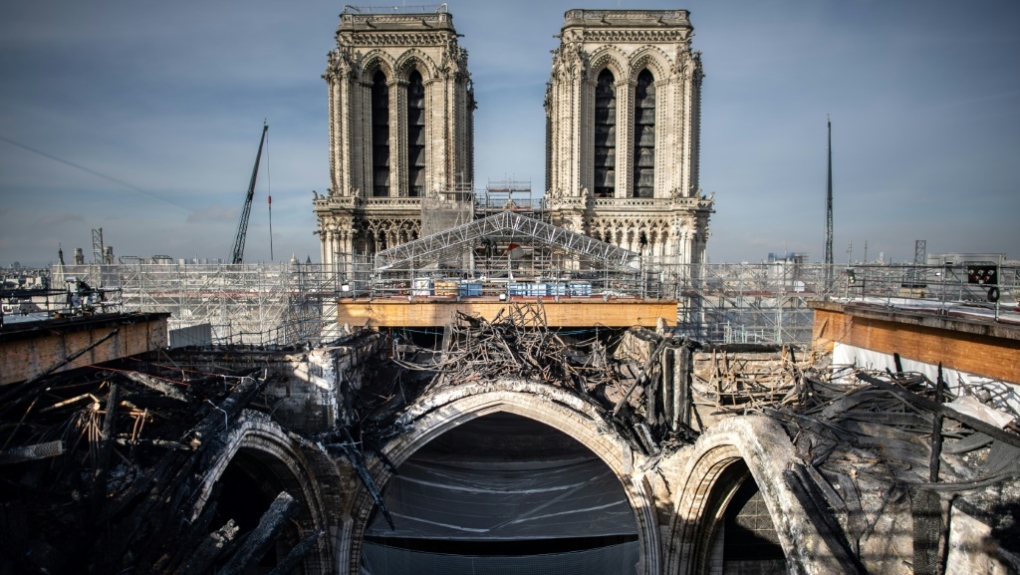 Scaffolding melted in the fire has finally been removed from Notre Dame's roof, allowing restoration work to begin. (AFP)

PARIS, FRANCE -- Notre-Dame cathedral in Paris will echo with song on Christmas Eve as it holds its first choir concert since the massive fire that nearly destroyed the gothic masterpiece last year.

An organ will be rented for the occasion, since Notre-Dame's majestic pipe organ is being carefully dismantled for cleaning and restoration after the devastating blaze that struck on April 15, 2019.

Since then only two events have been held in the 13th-century landmark -- a small mass celebrated in June 2019, and a prayer ceremony last April to mark Holy Friday.

The church remains closed to the public during the renovations.

Michel Aupetit, the archbishop of Paris, said Monday that two soloists would lead the choir and that the concert would be broadcast on radio.

Last week, the restoration reached a milestone with the removal of the last portions of metal scaffolding on the roof that melted into a tangled mess in the fire and threatened to crash to the floor.

That will allow crucial stabilisation and protective work to proceed ahead of rebuilding the destroyed roof and spire.

Officials are racing to meet President Emmanuel Macron's goal of having the cathedral restored within five years.