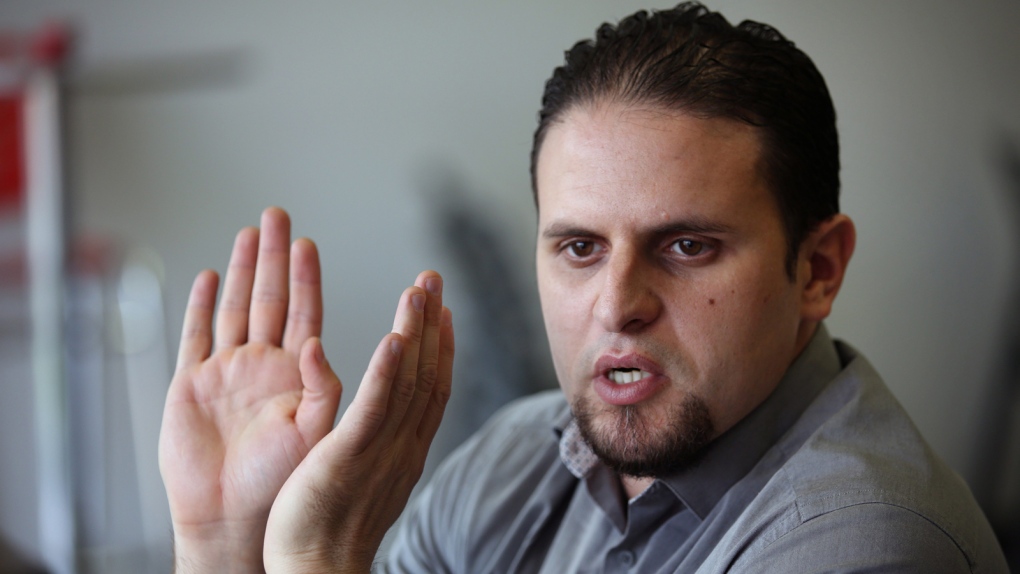 PARIS -- He learned warfare in an al Qaeda training camp, did time at Guantanamo and more time in a French prison. With such a resume, Mourad Benchellali may seem an unlikely youth counsellor -- but he is telling his story to young Europeans, warning them against the lure of jihad.

The 33-year-old Frenchman is one of a small number of Europeans presenting their jihadi past as an example for others not to follow. Many see men like him as a powerful tool to deter youth from heading to Syria -- while Western governments are wary of them.

Benchellali meets with young audiences at least once a week in France, Belgium and Switzerland to persuade them of the folly of flying off to join the Islamic State or other groups waging holy war in Syria and Iraq.

"There are kids who are tempted, who've been approached," Benchellali told The Associated Press. "They come to listen, they are curious and the fact that I'm a former Guantanamo (prisoner), that speaks to them. ... I give them tools to understand."

A practicing Muslim, Benchellali above all strives to take the glamour out of jihad. As a 19-year-old, he viewed the voyage to al Qaeda's training camp in Kandahar, Afghanistan, as a romantic adventure. The reality, he tells youths, was a shock: grinding physical exercises in blazing heat, weapons training and propaganda videos in the evening, along with mind-numbing organization rigorously enforced -- and a compulsory 60-day minimum stay.

Then came the Sept. 11 attacks, followed by U.S. bombings in Afghanistan and mass flight from Kandahar. He escaped through the mountains to Pakistan, only to be arrested and turned over to American forces -- and sent to the U.S. Navy base at Guantanamo Bay, Cuba. There, he languished for 2 1/2 years in a small cage. He filed a lawsuit against the United States for torture and sequestration.

In his meetings with youth, Benchellali does not preach against jihad, saying that would discredit him with his young audience. He claims he was not a real jihadi because he never took up arms in a conflict.

European officials are creating parental hotlines and other tools to stem the flow of hundreds of youth to Syria, but lack the know-how to contain the exodus. Yet they remain suspicious of men like Benchellali, fearing returnees may have a secret mission to pull youths into extremism rather than steer them away.

Hamid Benichou, a Belgian police officer in contact with a group of mothers whose children went to Syria, worries that former jihadis may "carry within them the germ of Islamization." And Lassouri Ben Hamouda, whose 15-year-old son went briefly to Syria, claimed that Benchellali is just trying "to buy himself back" into society.

But many analysts say these men -- dubbed "formers" -- are just what is needed to counter the attraction of jihad. Returnees have street credibility that officials and mainstream counsellors cannot offer.

Benchellali clearly had the ear of some Muslim youths at a recent meeting in the immigrant-heavy Paris suburb of Gennevilliers.

"You are loaded into a machine, a very organized system," he told his rapt audience. "You are thrown into another dimension."

After the meeting, one 18-year-old said he had thought last year about going to Syria with a friend, after being contacted on Facebook, and hadn't fully buried the idea. He said he paid heed to Benchellali's message because he "has lived it" and "is advising against it." The young man spoke on condition he not be identified by name because he did not want authorities to know he had toyed with the idea of jihad.

Despite concerns about returnees, there is general agreement that an alternate narrative to the Islamic State siren calls is needed to keep kids at home.

"Right now it's only Islamic State who is telling a story, and I think to have a counter-story being told by a former fighter itself would be potentially very powerful," Peter Neumann, director of the International Centre for the Study of Radicalization at London's King's College, told The Associated Press.

Benchellali is perhaps the only returnee in France now offering a reality check to those tempted by jihad, a stark story of misguided youth that may mirror the naive impulses of those setting off for Syria today.

More than 1,200 French have travelled or are planning to travel to Syria to wage jihad, the largest group among Western nations. But in the eyes of French officialdom, Benchellali says, a checkered past makes the former militant more of a threat than a resource.

Benchellali's parents and two brothers were convicted in 2006 on terrorism-linked charges, suspects in an alleged plot to attack Russian interests in France in support of fighters in Chechnya. At one point, his older brother Menad, considered the group's chemicals expert, was mixing toxic potions containing ricin in his mother's face-cream jars. His mother and father, an imam in a makeshift mosque in a grim Lyon suburb, were expelled to their homeland in Algeria. The brothers served time in prison and are now free in France.

John G. Horgan, head of the Center for Terrorism and Security Studies at the University of Massachusetts Lowell, said officials should overcome their fear of tapping people like Benchellali.

"There's fear that, well maybe, if we invite people in ... they may inadvertently serve as a beacon for radicalization or recruitment to others, may actually have a reverse effect," said Horgan. But "the tales of disillusionment (among returnees) are very real, and we seem to be unable to harness them with any kind of momentum."

Still, Horgan said, not everyone back from the battlefields is a good candidate for prevention work. He and other experts said candidates must be vetted, protected and supported financially -- but with as small a government footprint as possible.

"You may face reprisals from your community for doing this kind of work," said Magnus Ranstorp of the Swedish National Defence College.

Yet he, too, emphasized the importance of teaching by example: "If you really want to reach youth, prevent them from taking drugs, the best person you can put out there is a former drug addict."

For Benchellali, lending a hand at a critical time is a "collective responsibility."

He recalled an encounter with a cellmate at France's Fleury-Merogis prison who told him it was cool that he had been a jihadi -- and said he wanted to become one, too.

"Hearing that, I knew I had to explain," Benchellali said. "Explain that this was a mistake."