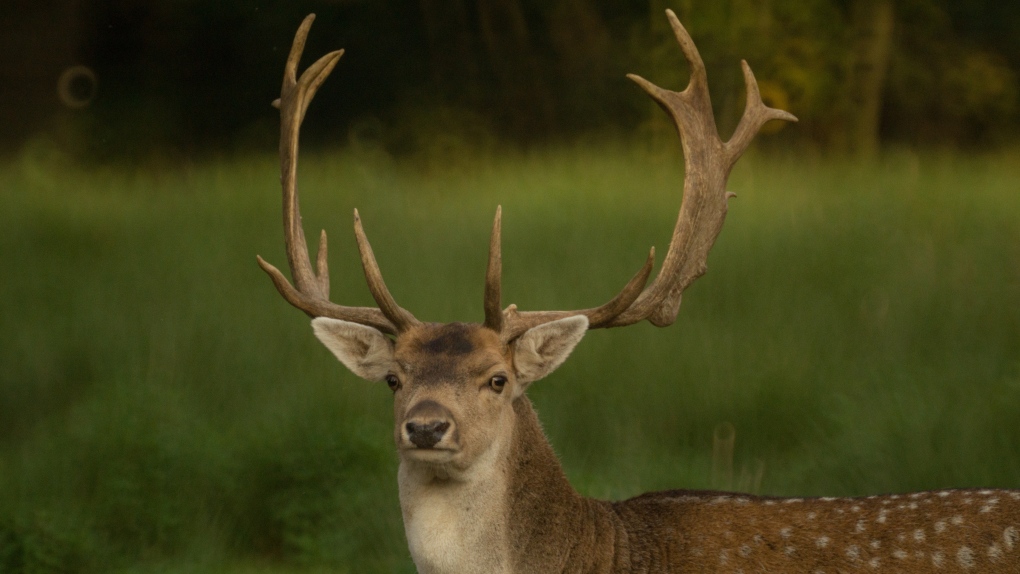 FILE - A brown deer is seen in this file photo. (Skitterphoto / Pexels)

A Saturday at the hair salon should be a tranquil experience: A thorough shampooing, a soothing scalp massage, the satisfying snip of the stylists' scissors.

But an unwieldy deer quickly killed that vibe when it smashed through the window of a New York salon.

Customers at Long Island's Be.you.tiful Hair Salon were entirely unprepared for the deer's surprise entrance. Footage from inside the salon shows a woman trimming a man's hair while another customer waits on a couch directly in front of the window.

That's when the buck leaps through the glass and into the lap of the seated woman, sending shards of glass and likely weeks-old tabloids flying.

The male customer, still bibbed for his haircut, heads toward the back of the salon to investigate. A passerby peers inside the broken window, then darts away as the deer runs back in her direction.

Rather than hop through the deer-sized hole it just made, the animal rams the glass door instead and sprints away.

CNN affiliate WABC reported the woman the deer landed on was transported to a nearby hospital with non-life-threatening injuries. The spooked deer was not at the scene when police arrived.