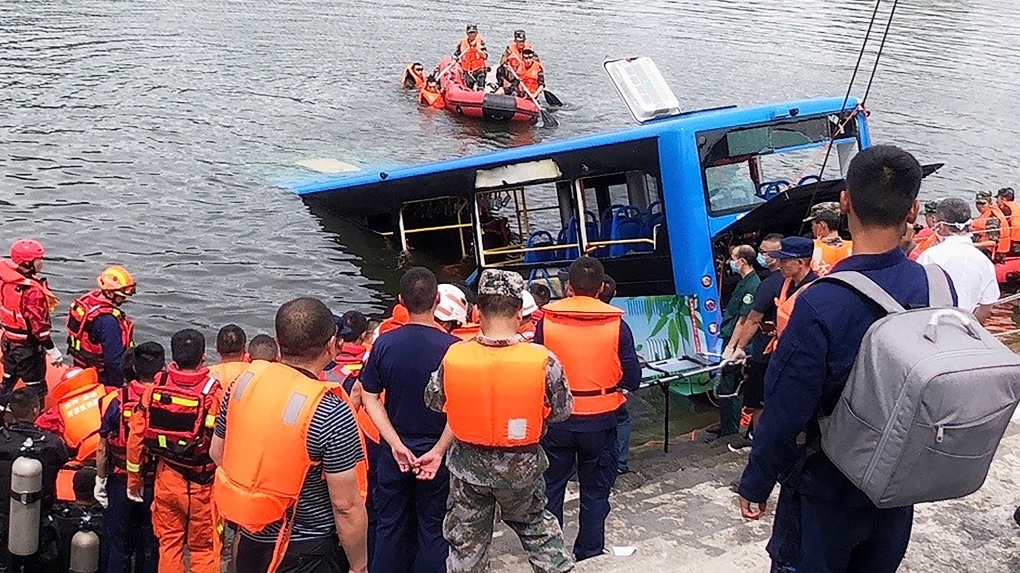 In this photo released by Xinhua News Agency, rescuers watch as a bus that fell into a lake is recovered in the Xixiu District of Anshun, southwestern China's Guizhou Province, Tuesday, July 7, 2020. (Long Rui/Xinhua via AP)

BEIJING -- Investigators have concluded a bus crash that killed 21 people in southern China was caused by the driver, who was unhappy his home was to be demolished, police said Sunday.

The driver, who died in Tuesday's crash, "intentionally targeted" his passengers by driving across six lanes of traffic and into a lake, the police department of the city of Anshun said on its social media account.

The driver, identified only by the surname Zhang, was unhappy his rented home was to be demolished and was drinking shortly before the crash, the statement said.

An additional 15 people were hospitalized for injuries, police said.