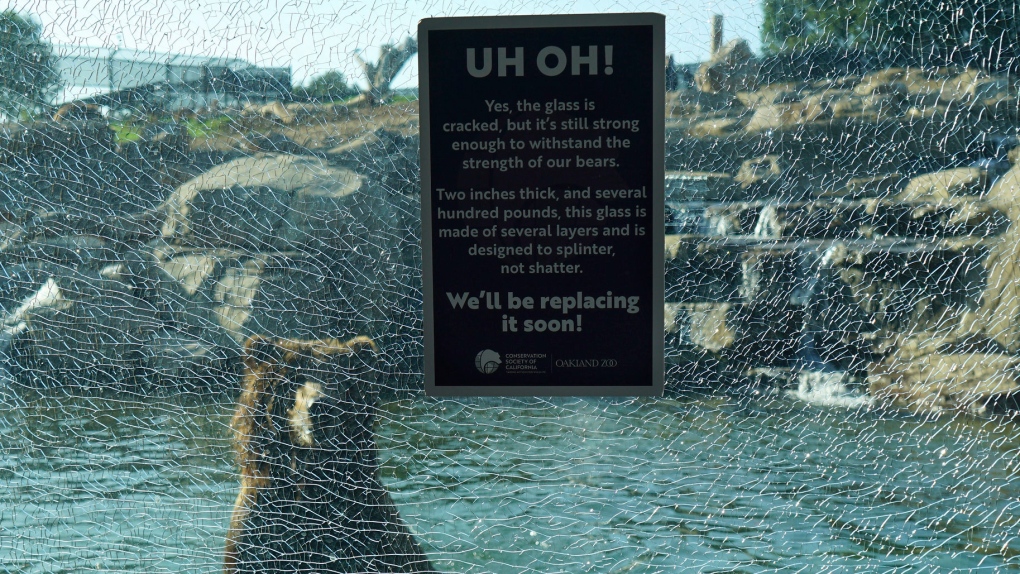 This Tuesday, Nov. 19, 2019, photo provided by the Oakland Zoo shows a Grizzly bear in water behind broken glass in Oakland, Calif. A child visitor, not the Grizzly bears, cracked a glass viewing window at the Oakland Zoo's bear exhibit and officials say there are no safety concerns. (Oakland Zoo via AP)

OAKLAND, Calif. - A child, not the grizzly bears, cracked a glass viewing window at the Oakland Zoo's bear exhibit, and officials say there's no need to fear the bears will get out.

Oakland Zoo spokeswoman Erin Harrison said in a statement Tuesday that a child hit a rock against the glass several times, "shattering the laminate layer."

She says the bulletproof-strength glass at the enclosure where four grizzly bears live is made of six separate panes, each an inch (2.5 centimetres) thick.

She says another zoo visitor reported the child to staff, but they couldn't find the family.

Harrison says a replacement glass pane will cost $67,000 and require specialty equipment to install next month.