Beyond the hearings: What to watch on Trump impeachment 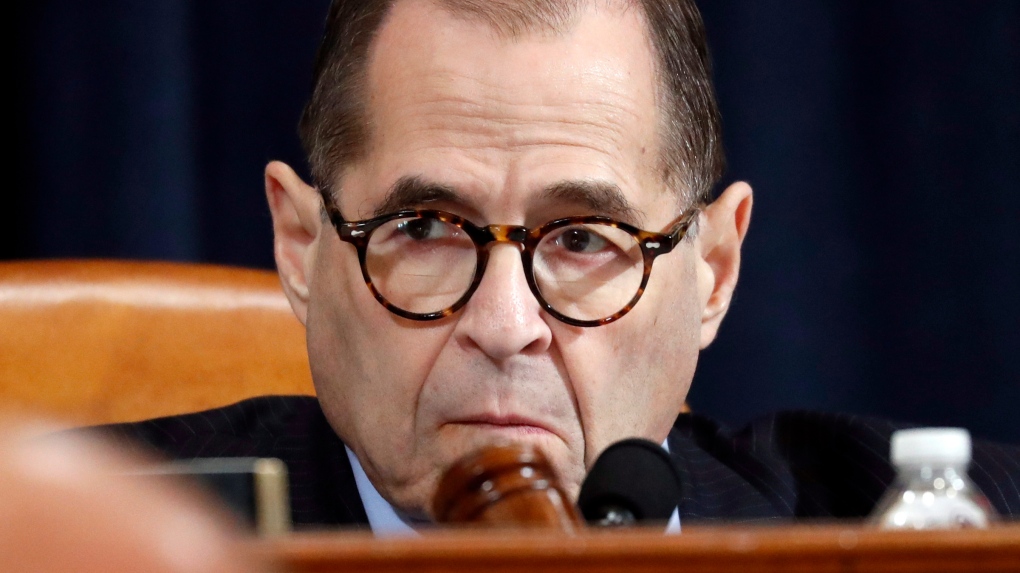 WASHINGTON -- Impeachment is moving beyond the hearing room.

House committee members are debating and voting on articles of impeachment against President Donald Trump on Thursday. But the political battle over Trump's fate is sweeping across the Capitol, the White House and Washington on the cusp of the 2020 election year.

At issue are two articles of impeachment charging Trump with obstructing Congress and abusing power, stemming from his pressure on Ukraine to investigate Joe Biden's family. Meanwhile, millions of dollars in military aid that Congress had approved wasn't being delivered to the U.S. ally.

All around these facts, political combatants are standing up staffs and strategies to deal with an expected House vote next week. Trump has devised a list of witnesses in a Senate trial, but it's become clear that Republicans have other ideas.

Here's what to watch:

THE STATE OF THINGS

Impeachment is a process, and it's heading through tedious territory.

On Wednesday night, the House Judiciary Committee began churning through the next step of "marking up" -- considering changes to -- the articles of impeachment.

Majority Democrats show no signs of willingness to make substantial changes. But that won't stop all 41 members of the panel from getting a chance to speak, object and offer revisions. This step is expected to last into Thursday and culminate with a party line vote to send the articles to the full House.

"Remember, you can't fix bad," he said of the impeachment articles. "These are bad."

But the session is more than box-checking, given the constitutional gravity of impeachment. Sending the articles to the full House for a vote next week would put Trump on the brink of becoming only the third impeached president in American history.

ELSEWHERE IN THE HOUSE

The wait is on for moderates like Michigan's Elissa Slotkin and Virginia's Abigail Spanberger, national security experts who flipped Trump-won districts in 2018. Members of this group were among the last to sign onto an impeachment inquiry. How they'll vote is a test of strength for House Speaker Nancy Pelosi and of confidence for these members as they head into their first re-election campaigns.

But it's not a passive waiting game. Pelosi has said she won't "whip" or lobby members for their impeachment votes. But she has dangled some implicit incentive for these members, in the form of trade deal many of them like -- as well as a defence authorization bill that passed the House on Wednesday.

Her lieutenants are quick to emphasize the House is giving these moderates accomplishments to take home to their constituents.

"They got elected basically saying that they were capable pragmatic problem solvers, right?" said Rep. Adam Smith, chairman of the House Armed Services Committee. "So these are the problems that they're solving."

SUSPENSE IN THE SENATE

A vote to impeach Trump would send the articles, or charges, to the Senate for a trial on whether to convict and remove Trump from office. That would require a two-thirds majority in the GOP-controlled chamber, an unlikely prospect.

But there's intensifying talk among Senate Republicans, some of it in concert with the White House, about what the trial might look like. Majority Leader Mitch McConnell has said the trial would be the first order of business when Congress resumes in January. But fiercely protective of his 53-47 majority, McConnell has made clear he wants none of the spectacle that Trump desires. He wants a quick trial not mucked up by witnesses.

Trump wants vindication, and he sees Republicans not just as defenders but as partners in punishing Democrats.

In recent weeks, the president has devised a wish list of witnesses for the Senate trial, relishing the opportunity for his lawyers to finally cross-examine his accusers and argue the case that his actions toward Ukraine, including the July 25 call when he asked for a "favour," were "perfect."

Trump's team has argued that the president would call such witnesses as House Intelligence Committee Chairman Adam Schiff, the still-anonymous intelligence community whistleblower, or even Biden and his son Hunter Biden.

The president, fond of displays of Republican loyalty, has given GOP members added incentive for defending him on Thursday. Later in the evening, the Trumps are hosting lawmakers at the White House for an annual holiday party.