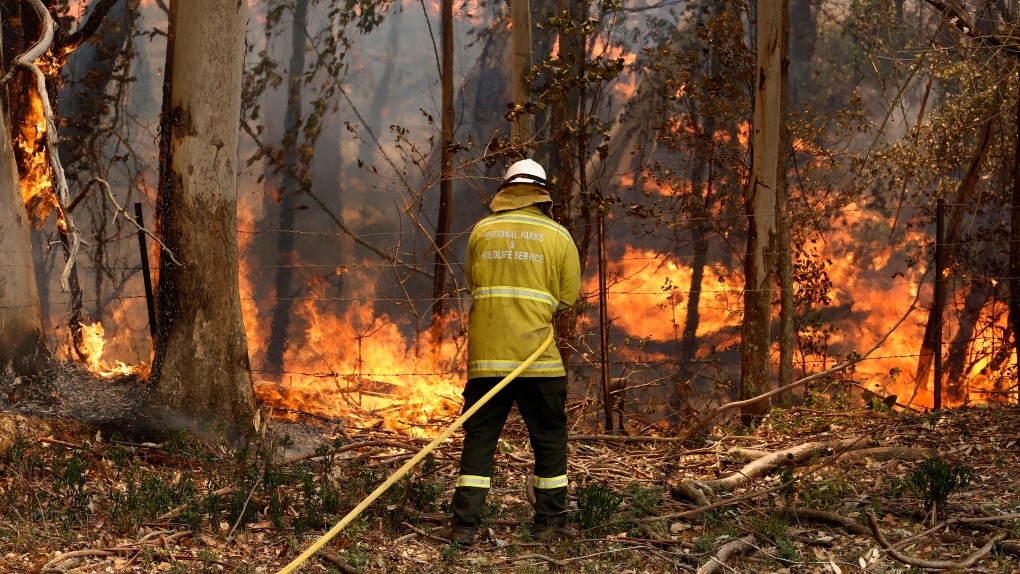 CANBERRA, Australia -- Scores of wildfires continued to rage across vast tracts of Australia's drought-stricken east coast on Wednesday, forcing hundreds of residents to evacuate their homes, some for the second time in a week.

The most intense fires were concentrated in the northeastern states of New South Wales and Queensland, although a fire emergency warning had also been issued for a blaze threatening the west coast city of Geraldton.

News South Wales had lost more than 200 homes since Friday, while 14 homes had been destroyed in southeast Queensland.

Some communities have been evacuated repeatedly as the fire danger recedes, then returns with flames fanned by strong wind changes.

Tony Wellington, mayor of the Queensland town of Noosa North Shore, said residents there were being evacuated for the second time in a week.

A severe fire danger warning was in place for much southern Queensland, with soaring temperatures and thunderstorms expected.

"We've got another tough day today and there is an extended forecast that we are not out the woods by any means," said Michael Wassing of the Queensland Fire and Emergency Services Commission.

The Insurance Council of Australia, an industry body, said insurers had received 450 fire damage claims in the disaster areas.

In New South Wales, more than 50 homes were damaged or destroyed and 13 firefighters were injured overnight by catastrophic wildfires across that subsided on Wednesday.

At one point on Tuesday, 16 fires raged out of control at emergency level simultaneously across New South Wales, a near record number.

Rural Fire Service Commissioner Shane Fitzsimmons warned that rain that would quench the fire danger on the east coast is not forecast for months.

State Premier Gladys Berejiklian said she was relieved that the destruction on Tuesday had not been worse. A weeklong state of emergency for New South Wales was declared on Monday because of the fire danger, with Tuesday forecast to be the most dangerous day.

"I have to confess to being hugely relieved this morning that yesterday our amazing volunteers and emergency service personnel withstood the catastrophic conditions and did manage to save life and property," Berejiklian said.

Fitzsimmons said none of the injured firefighters had been seriously hurt.