Trump's political legacy: How will the U.S. president be remembered? 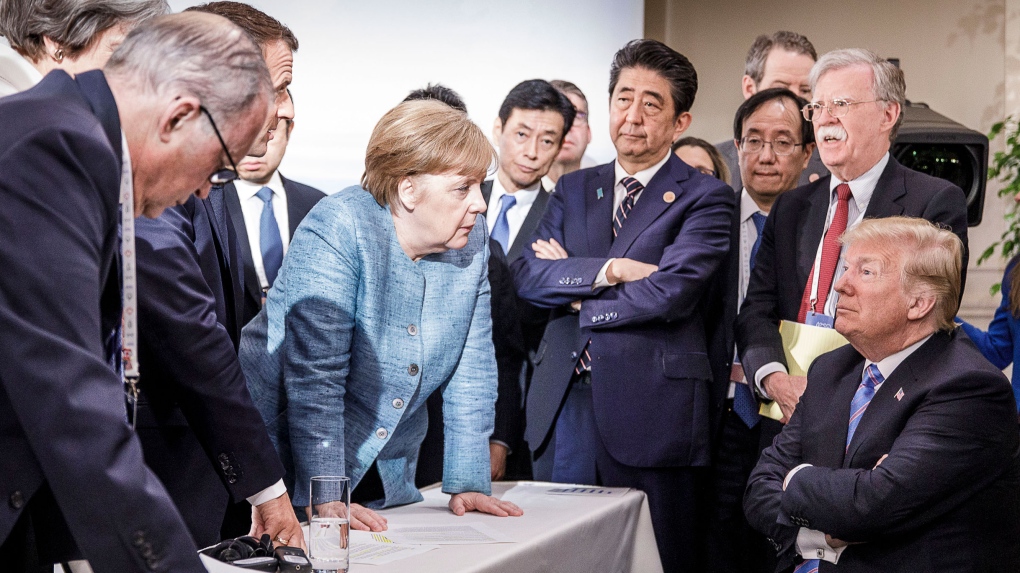 In this photo provided by the German Government Press Office (BPA), German Chancellor Angela Merkel deliberates with U.S. president Donald Trump on the sidelines of the official agenda on the second day of the G7 summit on June 9, 2018 in Charlevoix, Canada. (Photo by Jesco Denzel /Bundesregierung via Getty Images)

TORONTO -- What will be the legacy of Donald Trump, who has had a remarkable knack for defying predictions, smashing expectations, surviving scandal, misdeeds and incompetence, and achieving what seemed impossible?

He’s been impeached twice and blamed by many, including those inside his party, for an unprecedented violent insurrection at Capitol Hill. Then there’s his handling of a pandemic that he minimized and politicized as it ravaged the United States, killing close to 398,000 people as of Monday.

“I don’t think there is much doubt he will go down in history as the worst president ever for how he’s undermined democracy and his failure in COVID-19 response,” said McGill University political science professor Daniel Beland.

Trump’s propensity to lie and repeat conspiracy theories throughout his presidency ultimately led a mob of zealots and would-be patriots to the steps of Capitol building, he said.

“That is corrosive for democracy when you undermine trust in the electoral system. He’s also undermined trust in government and science and that has weakened the response to a national crisis in COVID-19.”

“He tried to undermine the very institution that propelled him to power. He’s done more damage to democracy that any other president in modern history.”

In a syndicated column, Republican strategist Michael Reagan, who is the son of president Ronald Reagan, said the Jan. 6 riot has cemented Trump’s legacy.

“He could have taken the high road and left office with a phenomenal legacy, and a solid conservative one,” he wrote. Instead, he said comparisons of Trump to his father must end. 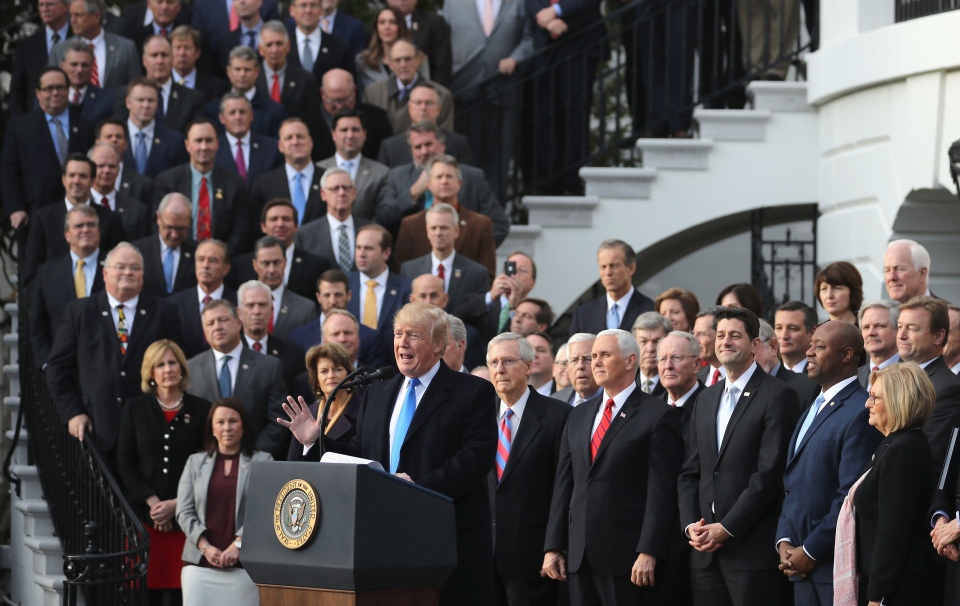 It’s not at all clear whether the shadow of Trumpism can be cast off by the Republican Party by reconstituting its message and brand, Beland said.

“Trump didn’t come out of nowhere. Extremism and populism are emerging all over the world in places like Hungary, Poland and Turkey. The Tea Party movement deeply influenced the Republican Party and there has been this growing crescendo toward an anti-elite, anti-institution insurgent approach. Trump is the climax of that.”

But Beland believes the legacy of Trump could be in fracturing the GOP for good. It’s been more than 100 years since a third party has held any sway at the federal level, but moderates may see no way forward after four years of Trump.

The Lincoln Project, a powerful political action committee of former, moderate Republicans has emerged as a force in the last couple of years and dedicated tens of millions to defeating Trump and other Republicans in 2020.

“Has Trump done long-term damage to the Republican Party?” Mark Feigenbaum, chair of Republicans Overseas Canada, echoes the question as he ponders his answer during an interview with CTVNews.ca from Thornhill, Ont.

“It was a close election, so I’m not sure that shows that Trump has hurt the party. But he may influence the type of person that is chosen to run for president the next time.”

Trump could also force a reckoning in the Democratic Party, said McGill history Prof. Wendell Nii Laryea Adjetey. It has to wrestle with the fact that, despite the laundry list of reasons to kick Trump to the curb, he still managed to capture more than 74 million votes and the support of 47 per cent of the electorate.

Thanks largely to Democrats, the United States is deeply economically stratified and leaving many behind, he said. The impacts of NAFTA and the offshoring of manufacturing jobs allowed the rise of a populist, who promised a return to the good old days of American might and well-paying factory jobs.

“Not everyone who supports Trump is racist or xenophobic or homophobic. Many are those the Democrats sold down the river, to use a slave reference, as they genuflected at the feet of Wall Street.”

Feigenbaum said it’s possible that the lesson out of the Trump years for both parties is that it’s vital to work toward consensus.

“Politics can’t be polarizing any more. You can’t disregard the other side.” 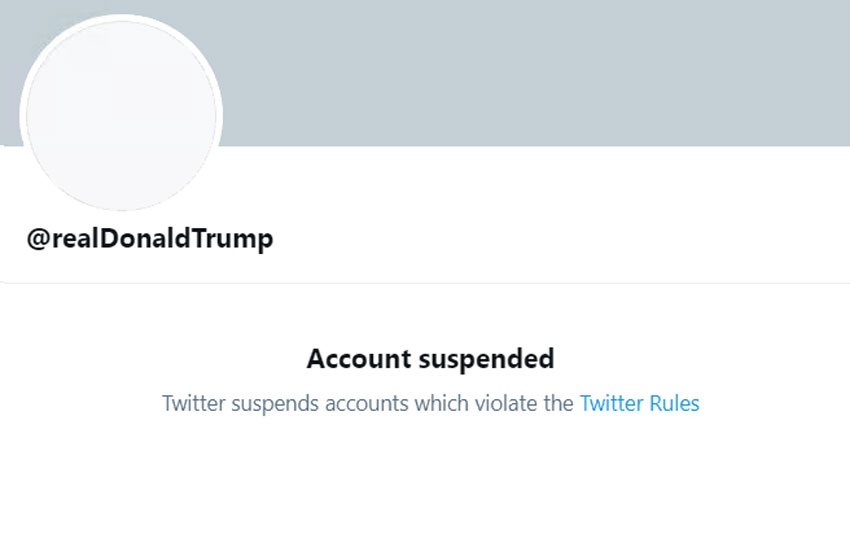 In a style that was brash, off-the-cuff, unsophisticated and mostly breaking with what had been considered presidential up until 2016, Trump ushered in a new era of presidential communications.

He eschewed the carefully polished statements drafted by press aides and circulated to the media and usually refused to read crafted speeches from teleprompters.

Instead, he largely circumvented the media to make his thoughts known via Twitter. He used the platform – which has since banned him permanently for what it says was inciting violence – to attack opponents, bash the press, reiterate statements that didn’t stand up to fact checking and admonish those he felt had been disloyal.

He will definitely go down in history as the Twitter president, said presidential historian Alvin S. Felzenberg, just as Franklin Delano Roosevelt became synonymous with his “fireside chats” by radio, and John F. Kennedy became the first to talk directly to Americans through press conferences broadcast on TV.

Trump, who has taken attacks on the media who challenge him to all new heights, has forced responsible media outlets to re-evaluate how they cover what politicians have to say, said Paul Berton, editor-in-chief of the Hamilton Spectator in Hamilton, Ont.

That includes a renewed commitment to fact-checking and challenging falsehoods. But the media still hasn’t learned to “resist each new absurd proclamation,” Berton wrote in the days leading up to the 2020 election.

“Stumbling, careening and colliding daily through the worst U.S. presidency in memory, he covers his tracks by distracting attention from his last disaster by simply creating a new one.”

Berton doesn’t think Trump has the wherewithal to follow through on his musings about launching a media empire, but if he did manage to convert his followers into viewers of a far-right network, Berton told CTVNews.ca he would “fear the worst.”

The next question is how much the media should pay attention to Trump and his desperate attempts at capturing the limelight once he’s out of the Oval Office. Berton isn’t confident

Trump will disappear from the headlines.

“I fear we will continue to find him irresistible.” 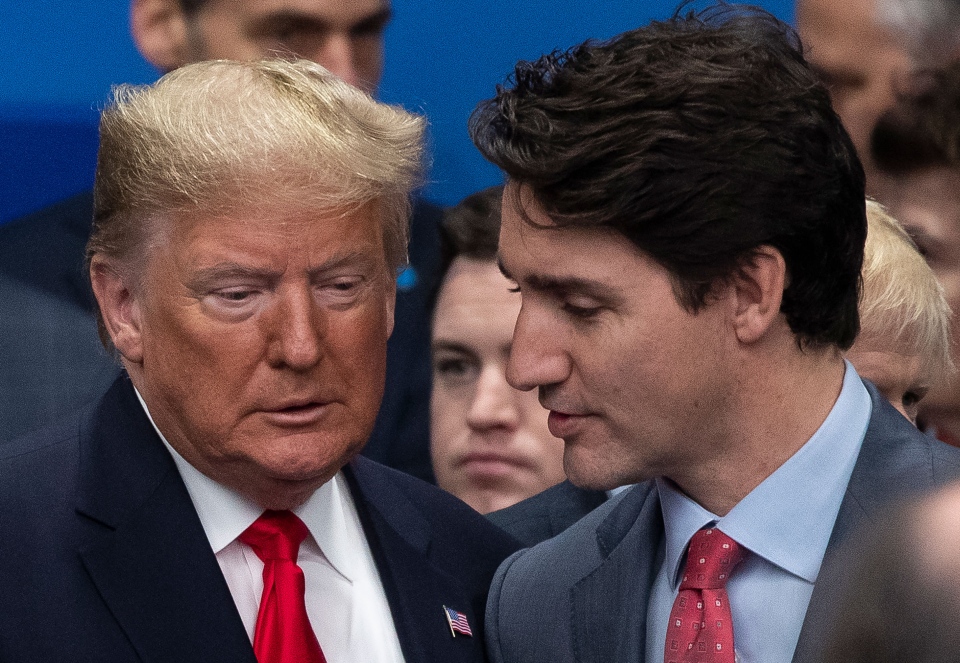 Trump took aim a number of times at his country’s largest trade partner and northern neighbour, offering especially pointed words as the NAFTA deal was renegotiated. But that’s going to quickly be water under the bridge, said Sarah Goldfeder, a former diplomat under the Obama administration.

The strength of the relationship between trade and foreign affairs staffers in Ottawa and those in the State Department in the new Biden administration – many of whom worked with Obama, too – will overcome a lot of difficulties that came up over the course of the Trump administration, said Goldfeder, who served as special assistant to two U.S. ambassadors to Canada and now works in Ottawa as a consultant.

“That doesn’t mean it will be all roses and unicorns. There are perennial issues that will continue, like NATO and defence funding. That’s a longstanding irritant that will carry on.”

The pressure on NATO allies to ramp up spending to match ambitions to expand the organization’s mandate will continue under Biden, said Goldfeder, but is expected to take on a less public and accusatory approach than that of Trump.

ROLE IN THE WORLD

The sense that the United States was becoming increasingly vulnerable over the last two decades helps to explain Trump’s emergence, said University of Toronto professor emeritus of history Ron Pruessen.

The terrorist attacks of 9/11, the wars in Iraq and Afghanistan, the rise of the European Union and China, and the global economic crisis of 2008-2009 all chipped away at the “foundations of the super-confidence and that has been a powerful political and psychological force.”

Goldfeder said that under Biden, the rush will be on “to try to stop the bleeding” inflicted by Trump on international alliances such as the World Health Organization, the World Trade Organization and the United Nations.

The outgoing president imposed a win-or-lose, zero-sum game mentality when it came to foreign affairs but that’s over now, said Goldfeder, a former special assistant to two U.S. ambassadors to Canada.

“I really don’t think Trump has had any lasting impact on the United States’ role in the world,” said Goldfeder, pointing out that George W. Bush had a poor international reputation that was quickly repaired by the Obama administration.

But fences won’t mend themselves, and Biden will have to focus on tremendous domestic challenges ahead.

At the same time, Goldfeder said the time has passed for the United States to be a “great hegemonic power in the world. It needs to see its national interest in working with other countries.”