10 stunning moments you might have forgotten from Trump's presidency

TORONTO -- Love him or hate him, Donald Trump has been a U.S. president unlike any other.

Supporters often describe him as a no-nonsense politician who speaks his mind and doesn’t care about political correctness, while critics see his brash nature as evidence of his incompetence or, worse, flashy distractions from harmful policies.

Either way, it can be difficult to keep track of Trump’s most recent scandal or headline-grabbing comments. Here’s a look back at some of the most stunning, eyebrow-raising or just downright strange moments from Trump’s presidency.

On May 30, 2017, late at night, Trump typed the tweet that launched a thousand quips.

“Despite the constant negative press covfefe,” the tweet read.

He swiftly followed up with a 3 a.m. missive, also on Twitter asking, “who can figure out the true meaning of “covfefe” ??? Enjoy!” 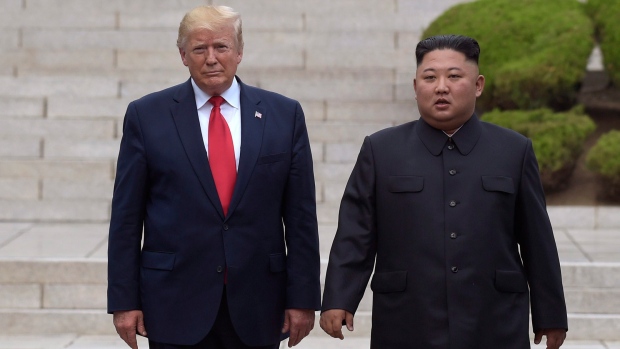 When Trump and his team managed to get North Korean leader Kim Jong Un to the bargaining table to discuss de-nuclearization, the accomplishment was met with disbelief from critics and lauded by his supporters.

However, it was Trump’s repeated glowing endorsement of Kim that raised eyebrows. In one instance, while speaking at a 2018 rally in West Virginia, Trump told the crowd that after meeting Kim and being “tough” on him, that the two men “fell in love.”

"He wrote me beautiful letters and they're great letters. We fell in love,” he said.

Earlier this month, journalist Bob Woodward revealed in his new book “Rage” the Trump told him in interviews that Kim is “far beyond smart” and that the North Korean leader explained to him in graphic detail how he killed his uncle. 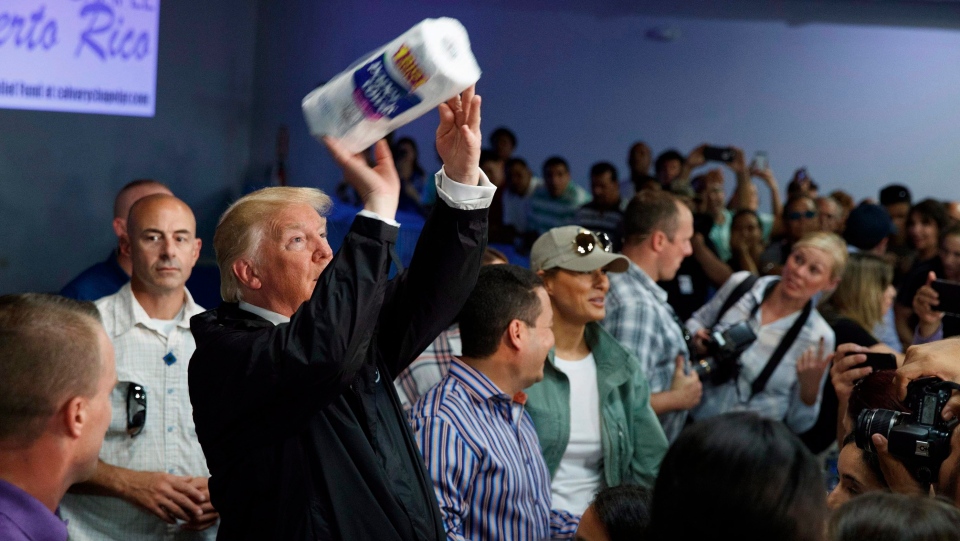 After Hurricane Maria slammed into Puerto Rico in 2017 and decimated large swaths of the country, the president and Melania Trump paid a visit to survivors.

While there, a viral moment was caught on video of Trump throwing paper towels into the crowd – which many viewers found disrespectful and belittling.

Trump later defended his actions in an interview by saying it was all a bit of fun, and that people had requested he throw the item to them. 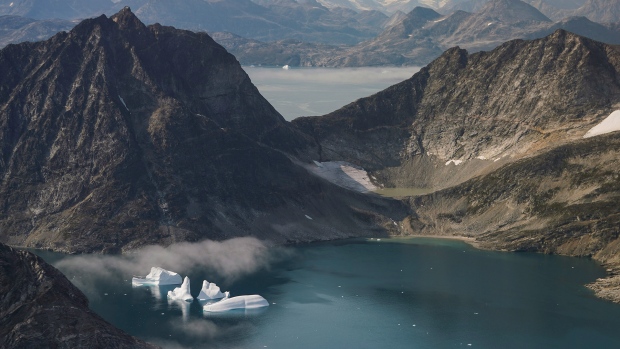 In a bizarre turn of events, Trump expressed interest in buying the island of Greenland last year.

"It's just something we've talked about," Trump told reporters when asked about the idea.

"Denmark essentially owns it. We're very good allies with Denmark. We've protected Denmark like we protect large portions of the world, so the concept came up."

He was promptly slapped down by Danish Prime Minister Mette Frederiksen, who declared that the country was not for sale.

The unusual story re-emerged a year later when a former Department of Homeland Security official said Trump was interested in selling off Puerto Rico or swapping it for Greenland because he saw Puerto Rico as dirty and poor.

"The president expressed deep animus towards the Puerto Rican people behind the scenes," Miles Taylor, who was chief of staff at the Department of Homeland Security, told MSNBC in August as he came out as a supporter of Democrat Joe Biden.

"He is their president. He should be standing by them, not trying to sell them off to a foreign country."

5. ‘Very fine people on both sides’ 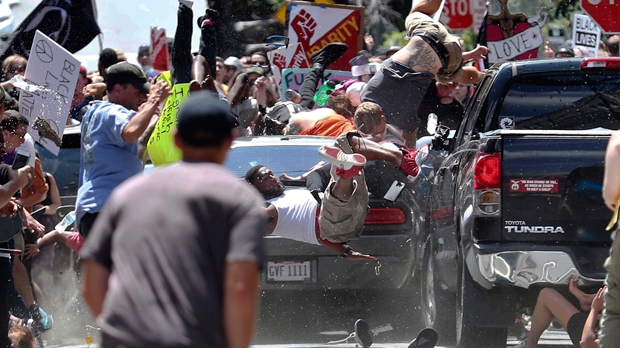 One of the darkest moments during Trump’s presidency was the “Unite the Right” rally in Charlottesville, Virginia, where white supremacists marched in the streets and clashed with counter-protesters. Activist Heather Heyer was killed by neo-Nazi James Alex Fields Jr., who drove a car through the crowd and injured dozens of others. He was charged with federal hate crimes and sentenced to life in prison.

Trump’s response to the event sparked intense backlash and anger.

In a press conference, Trump declared that there were “very fine people on both sides” of the rally, which was led by neo-Nazis, KKK members and white supremacists.

In fact, the protest was organized by an alt-right blogger who said he was inspired to plan the rally after the city of Charlottesville decided to remove the controversial statue, seen as a symbol glorifying slavery.

In a 2018 conversation with lawmakers about a potential immigration deal, Trump reportedly questioned why the U.S. would accept more immigrants from Haiti and "shithole countries" in Africa rather than predominantly white countries, such as Norway.

The White House initially did not deny the comments, which were reportedly made behind closed doors in the Oval Office, but said the president supported immigration policies that welcome "those who can contribute to our society.” Later, Trump said he used “tough” language but only described Haiti as poor.

The alleged comments sparked accusations of racism against Trump, who has called himself "least racist person that you've ever met.” Haiti’s government condemned Trump, calling such remarks “abhorrent and obnoxious.” 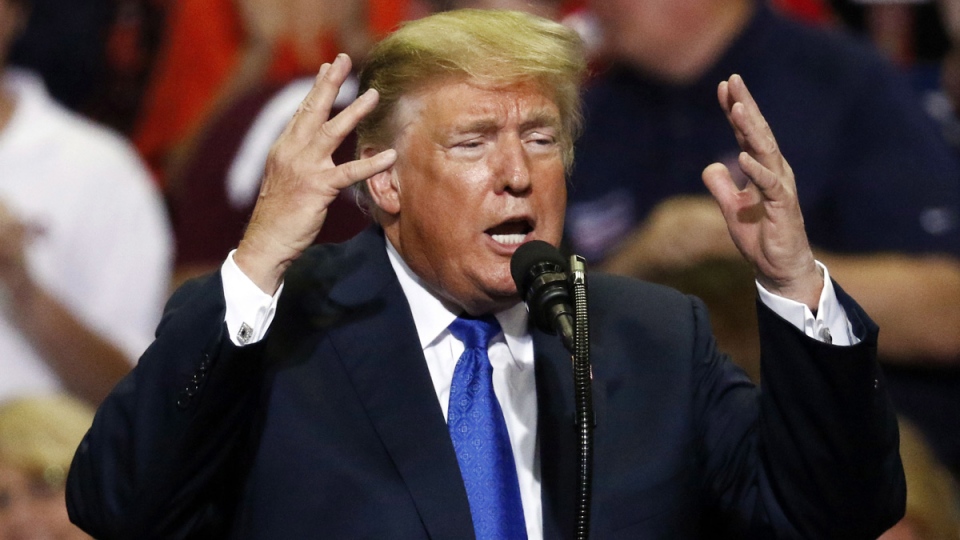 One month after Christine Blasey Ford came forward with allegations of sexual assault against Supreme Court nominee Brett Kavanaugh from decades ago, Trump mocked her at a campaign rally in Mississippi.

He added: "But I had one beer -- that's the only thing I remember.” 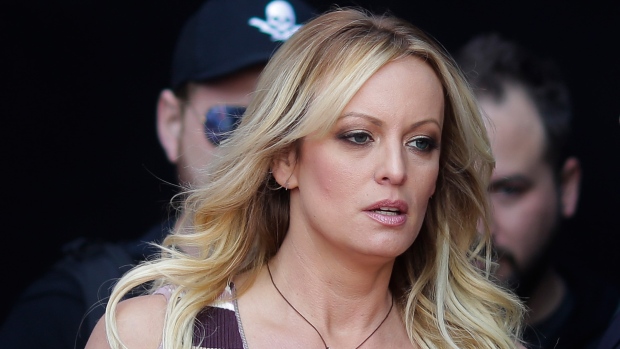 After adult film actress Stormy Daniels went public with an alleged affair with Trump in 2006, Trump fired back at her physical appearance, calling her “Horseface” in a tweet.

“She knows nothing about me, a total con!” the president tweeted.

Trump has insulted women for their appearances in the past. Former Miss Universe Alicia Machado said Trump used to call her “Miss Piggy” and “Miss Housekeeping.” Asked in a 2015 debate about times he has called women “fat pigs,” “dogs,” “slobs” and “disgusting animals,” Trump replied: “Only Rosie O’Donnell.”

Those comments have since been repeated by some of Trump’s critics, who claim it is evidence that the billionaire president is out of touch with everyday Americans. 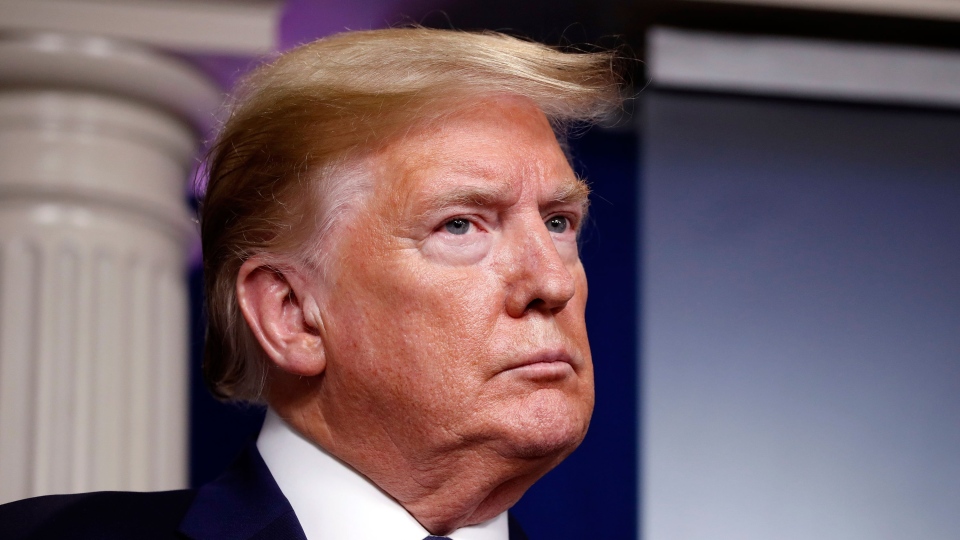 Trump’s speculation on potential COVID-19 cures have prompted Facebook and Twitter to delete or flag his posts as inaccurate. In the early days of the pandemic, Trump made the baseless and potentially harmful claim that a household disinfectant might somehow help combat the coronavirus.

"And then I see the disinfectant where it knocks it out in one minute. Is there a way we can do something like that by injection inside or almost a cleaning ... it would be interesting to check that," Trump said. "It sounds interesting to me.”

The comments led to widespread confusion, with the state of Maryland fielding hundreds of calls about whether ingesting disinfectants was effective, according to the state’s governor. Trump refused to take any responsibility for the confusion and, when asked about being the source of the confusion, said: ”I can't imagine why.”

The company that makes Lysol followed up with a statement warning consumers not to ingest any of its products.

Trump later claimed he was being sarcastic.