Airports closed on Canary Islands due to blinding sand storm 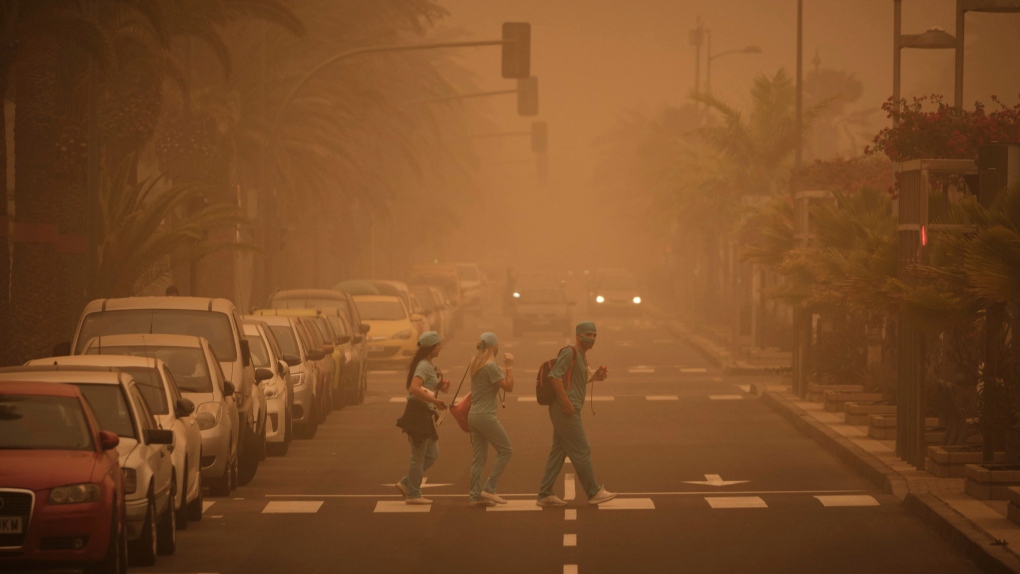 MADRID -- Spanish authorities said Sunday that they have closed airports on the Canary Islands because of a wind storm that is blinding the archipelago with sand and dust.

Spain's airport authorities said that incoming planes have been rerouted to other destinations and no flights are being allowed to leave airports on the islands' airports.

The regional government for the Canary Islands says that wind gusts could reach 120 kph. Authorities have closed schools for Monday.

The storm phenomenon, locally known as "calima," is capable of lifting up clouds of sand and dust from the Sahara desert and transporting them across the 95 kilometres (59 miles) separating the islands from the African coast.