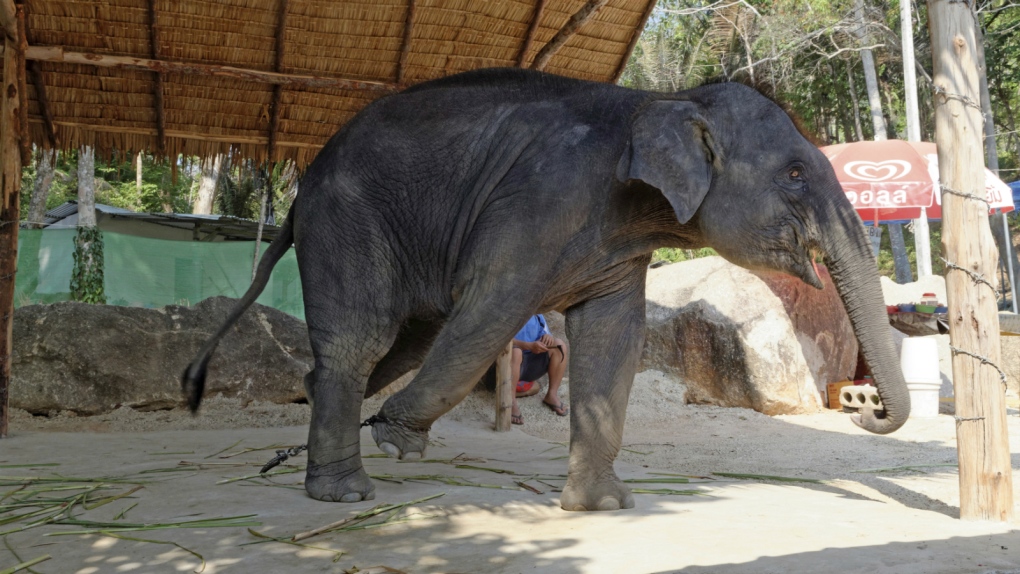 In this file image, an elephant used for entertainment at a venue is seen in Thailand in this undated image. (World Animal Protection)

BANGKOK -- A man was killed by a wild elephant after his speeding car hit the animal near a national park in northeastern Thailand, police said Thursday.

"Elephants don't come out during the day but they start coming out when it gets dark," Kemchat said.

He said the driver was not from the area and failed to slow down when he encountered the elephant. When the vehicle struck the elephant's back legs, the animal responded by stomping on the car, destroying the engine and killing the driver.

Kemchat says up to two people are killed by elephants each year in areas surrounding the park. The elephant involved in the incident was guided back into the park and is being looked after by officials there, he said.