3 deer trap woman in apartment after crashing through window 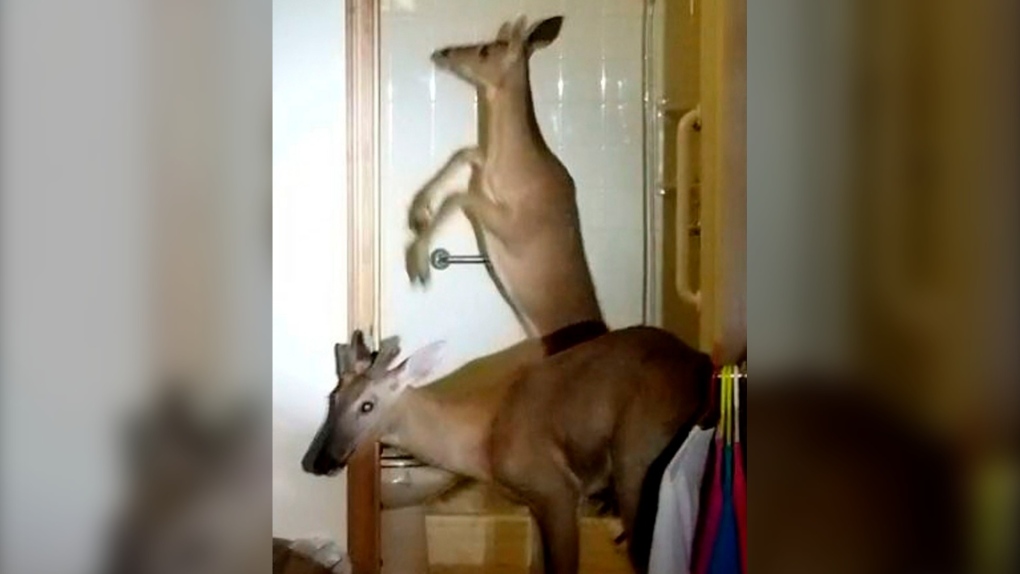 In this June 4, 2019 photo provided by the Decatur Police Department in Decatur, Ind., shows two deer in the bathroom of an apartment in Decatur, Ind. Police said three of the animals crashed through a window, trapping a woman inside her apartment with the skittish animals. Police removed the deer and the woman wasn't injured. (Sgt. Kevin Gerber/Decatur Police Department via AP)

DECATUR, Ind. -- Police rescued an Indiana woman after three deer crashed through a window, trapping her inside her apartment with the skittish animals.

Decatur police say the 74-year-old woman was in her retirement home apartment Tuesday night when the deer crashed through a bedroom window.

The woman called 911. Officers found her trapped on her living room couch, with her walker knocked over, as one deer jumped about the room.

Sgt. Kevin Gerber says an officer shielded the woman after that deer knocked her over.

Gerber says officers subdued and removed one deer. He says two others that ended up in a bathroom were tranquilized and released.

He says the woman wasn't injured and "was amazingly calm" during her ordeal, but the deer heavily damaged her apartment.