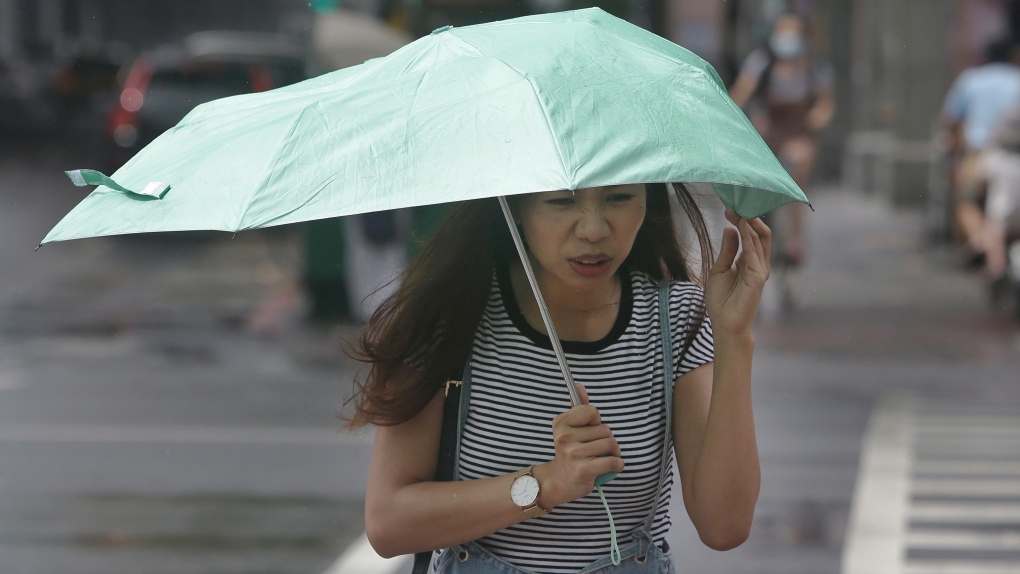 TAIPEI, Taiwan -- A powerful tropical storm swept across southern Taiwan, triggering landslides and flooding and leaving at least one dead before it hit southern China on Sunday morning, officials said.

A 17-year-old died and two children were injured in another landslide in the northern Philippines on Saturday, authorities reported.

In Taiwan, an 18-year-old motorcycle rider died shortly before midnight in Tainan city after hitting a fallen tree, a disaster response official said. The number of injured across Taiwan has reached nine.

Tropical Storm Bailu brought heavy rain and winds up to 118 kilometres per hour as it crossed the southern half of the island.

Fourteen tourists were among those trapped after the landslide in Hualien county. About 450 people were evacuated around the island and 12,000 households were without power late Saturday afternoon.

The storm made a second landfall in China's Fujian province on Sunday with maximum winds weakening to 90 km/h, the state-run Xinhua News Agency reported.

Tropical storms and typhoons, which gather strength from the warm waters of the Pacific Ocean and the South China Sea, hit Taiwan, China, Japan, the Philippines and Vietnam from June through November each year.