W5: Inside the complicated mind of Howie Mandel

I don’t often laugh this much on shoots for W5. The stories we cover are usually serious and investigative.

But when your subject is Howie Mandel, and his lifelong instinct is to entertain people, it’s impossible not to be caught on camera laughing out loud.

We witnessed Mandel’s skill backstage in Scottsdale, Ariz., waiting for him to perform an hour long standup routine.

These days, he’s best known for judging amateur talent on television. But, like many standup comedians, he insists on keeping himself sharp with more than two hundred stage appearances each year.

It’s not about making money anymore, Mandel has lots of it. For him it’s about getting out of the show business bubble of L.A. and exploring what makes people laugh.

Lose your sense of that, and you stop being relevant as a comedian, a producer, and a performer. 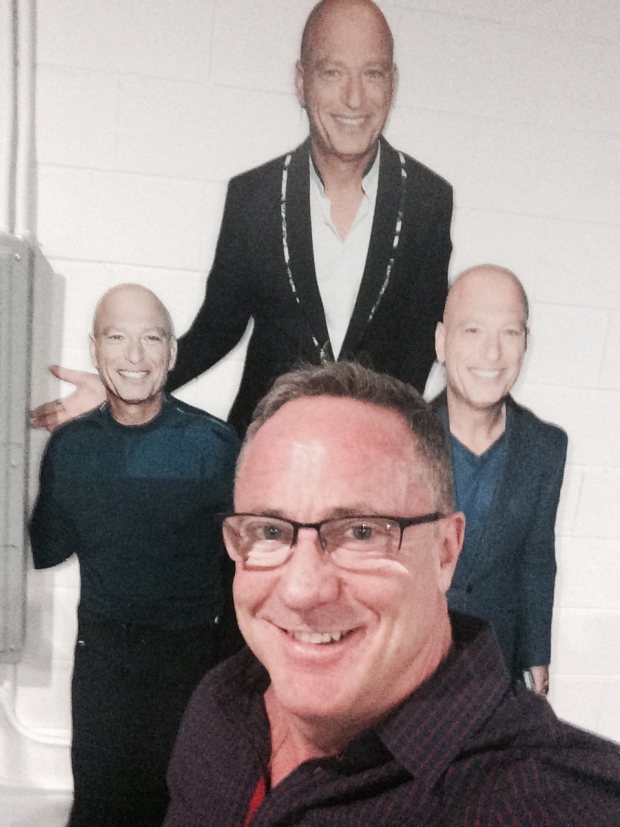 We were in the wings ten minutes before his introduction, and he found comedic inspiration in four square meters of space.

In the stagehand who sat nearby wearing a headset, a collection of brooms leaning against a wall, and a first aid kit. It was a classic performance of the frenetic ‘Where-are-we-going-next?’ pattern of Mandel’s humour Canadians have known since the late ‘70s when his career started to take off in Toronto.

As Canadians also know, however, comedy isn’t the only motivation in Mandel’s frenetic behavior. He has been among the most honest and outspoken celebrities in discussing his battles with mental health issues.

When we visited Mandel’s star on Hollywood’s Walk of Fame, almost everyone we spoke with identified him as a germophobe. But that’s a symptom of his challenges, not the root of them.

In our lengthy W5 interview airing this weekend, Mandel opens up about an episode in his youth that his therapists believe has been a very big trigger in his Obsessive Compulsive Disorder. It was something that happened to him that was so horrible, when he recounts it to us you can still see the terror in his eyes.

He has also been diagnosed as an adult with Attention Deficit Hyperactivity Disorder, the reason he has always had enormous trouble sitting still for very long - and the reason his early stage performances were so manic. Both are treated now with medication, but Mandel has also had to develop an extraordinary discipline in how he thinks to be able to make it through. 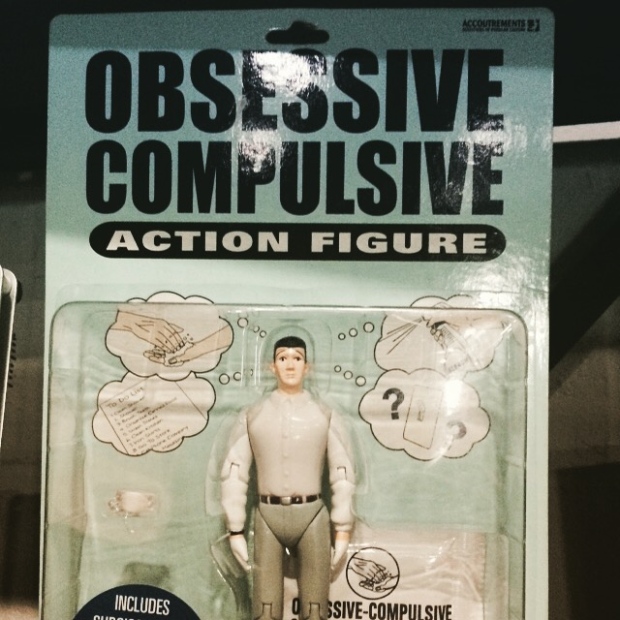 Mandel has this 'Obsessive Compulsive Action Figure,' a gift from Kelly Ripa, on a shelf of meaningful items in his production office.

There are a lot of current authors who coach us to learn to ‘live in the now’ to improve our quality of life. For Mandel, it’s what he believes saves him from death, which he obsesses about all the time.

Ask him what he’s doing next, and the answer is usually “I don’t know. Whatever happens next.”

Ask him to remember things in his past, and he risks losing his control. It made our interview a dangerous and difficult thing for him, and an act of bravery for someone with his conditions.

It also makes being with him exhausting - for himself, for his production staff, and for his family.

We got a glimpse into how his wife of 35 years and his three children have learned to cope with Mandel’s OCD.

He’s also now a grandfather, and privately terrified that a genetic predisposition to mental health issues has passed on to the newest member of his family.

Mandel speaks to us honestly and exposes everything to help Canadians with OCD and ADHD know there are others.

He may have made me and our W5 crew laugh often, but we were also left with a much better understanding of how difficult it is to be Howie Mandel and anyone like him. And how fortunate he is to have humour to wear as his mask to prevent people from seeing too much of what’s really going on inside.