Unsolved murders in London, Ont. stretch back decades; may be the work of serial killers 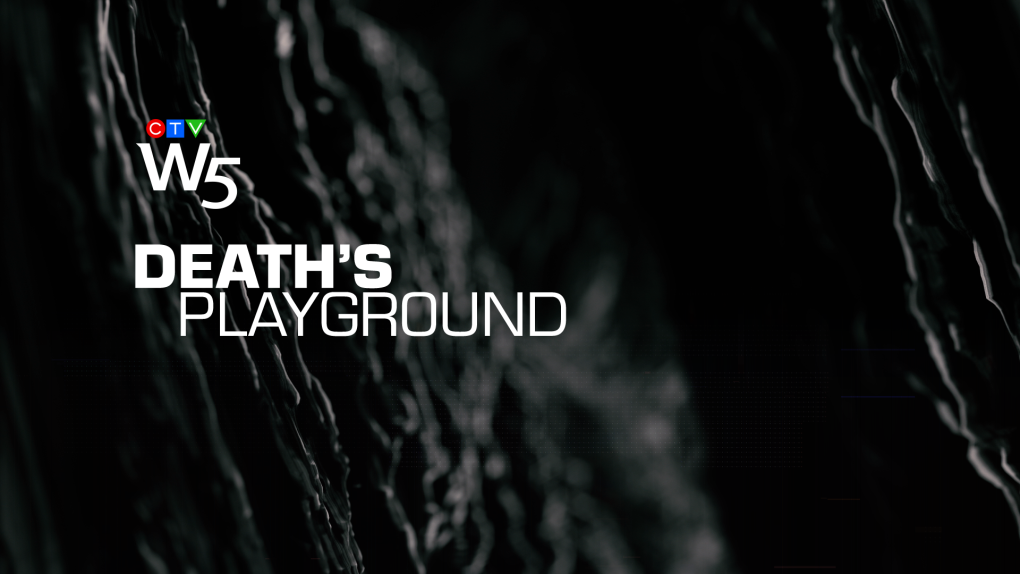 LONDON, ONT. -- There is only one family photo of Jackie English.

The 15-year-old girl lived in a time before every moment was captured on camera, and she didn’t live long enough for high school graduation or wedding pictures.

In the one existing picture, Jackie is wearing a hairstyle of the time, a bouffant style up-do.

It's a photograph that has been used for more than five decades. First, by police, when she disappeared on October 4, 1969 in London, Ont. More recently, it has been used at the memorial walks that have been held over the years to commemorate the teen’s death. 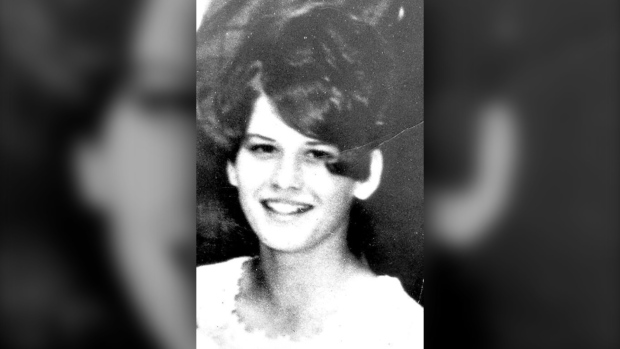 Jackie English was found murdered in London, 50 years ago

W5 first began investigating the gruesome murder last fall. We were intrigued by the fact Jackie’s sister was holding a vigil all these years later. Dozens of London residents gathered on a damp autumn night to retrace her final steps, when Jackie left her part-time job at a local diner and was seen getting into a car halfway across a bridge overpass.

Jackie’s sister, Anne, remembers having a gut feeling that she would never see her again.

“I just knew that Jackie wasn't coming home. Other children had gone missing in London and turned up dead,” she recalled, in an interview with W5. 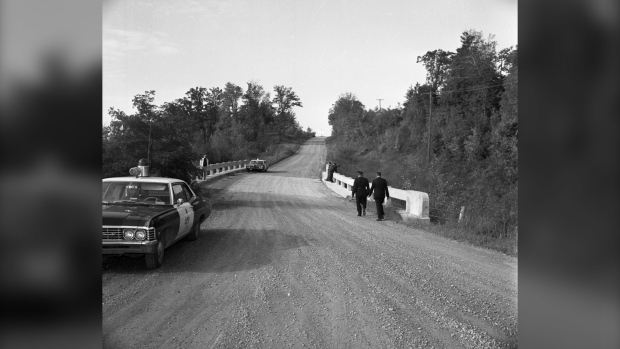 The crime scene where Jackie English was found, in 1969 (Courtesy: Western University Archives)

Five days later, Jackie’s nude body was found, 70 kilometres away, floating in a creek. She became the eighth child or young woman to have been abducted and killed in less than two years in London.

None of those crimes have ever been solved.

Michael Arntfield is a former London, Ont. police officer who is now an associate professor at Western University. He founded the Cold Case Society at the university and has been studying the unsolved murders for years. Arntfield believes the crimes are the work of one, possibly two, serial killers who remain on the loose.

“The telltale markers are there. This has been peer reviewed internationally by the leading homicide scholars who say ‘what the hell happened here?’ Even an eight-year-old could figure this out,” he told W5.

The Ontario Provincial Police insist, despite the passage of time, that the cases are all technically still open, and while they cannot forensically link the murders, it is a “working theory” that one person may have committed more than one murder.

The London, Ont. area has a disturbing history of being a serial killer hunting ground. Back in the 1960s and 70s, three separate serial killers with sensational nicknames were terrorizing the university town: the Chambermaid Slayer; the Mad Slasher and the Balcony Strangler.

Between them, they murdered 10 women in city that, at the time, had a population of about 200,000 people.

The three serial killers were eventually caught and taken off the streets. But Arntfield believes the unsolved killings are the work of serial killers who got away, and are still alive today, making London, per capita, the serial killer capital of the continent.

“If London had New York City's population, there’d be 80 to 90 serial killers walking the streets of the five boroughs at any given time (there),” said Arntfield.

London, Ont., with its hundreds of parks and wooded trails, calls itself the Forest City. Michael Arntfield has a more ominous name for it: Murder City.

Like Arntfield, Anne English believes her sister, Jackie, was killed by someone who likely had already killed and probably went on to commit more crimes afterward.

“I hope every day, for 50 years, he sees Jackie’s face, but because I believe it is a serial killer, I find that highly improbable that it bothers him in the slightest. He literally got away with murder.”

The Ontario Provincial Police say the unsolved murder cases are still open. The force has set up a hotline phone number. Anyone with any information is urged to call in their tips to 705-716-4685.

Watch 'Death's Playground' this Saturday at 7pm on CTV