Regardless of age, obesity can bring on a raft of health concerns including diabetes, high blood pressure, shortened life expectancy and limited mobility.

But for children and teenagers, those health problems are often compounded by less obvious side effects – teasing, bullying, isolation, and even missing school and staying away from public places to avoid the taunting.

It’s these kinds of stories that many teenagers have reported to doctors at Toronto’s Hospital for Sick Children, home to the ground-breaking and multi-disciplinary SickKids Team Obesity Management Program, more commonly known as STOMP.

Emma has been struggling with her weight since a very young age. She was just six years old when doctors discovered a life-threatening tumour in her brain. The tumour and the surgery to remove it had a devastating side effect. 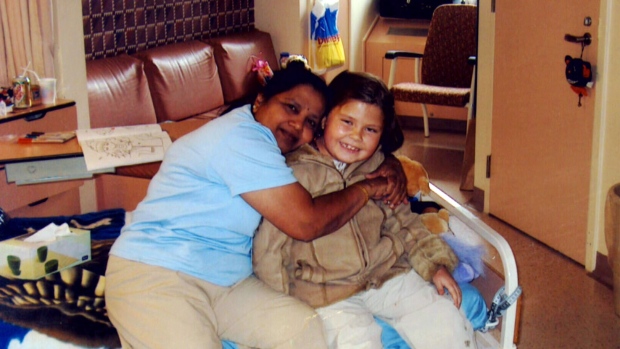 When W5 began following her story, she weighed 121 kilograms, or 266 pounds. 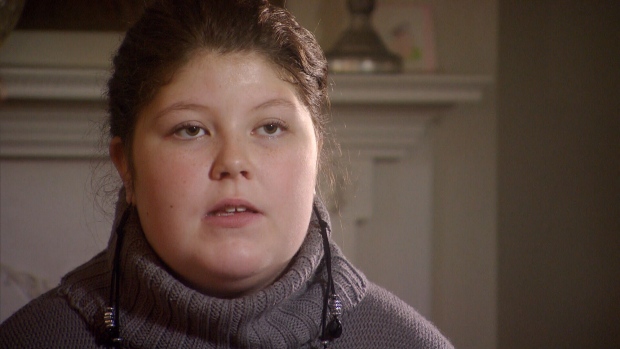 Brenndon’s weight has been a problem for almost his whole life. “I’ve been overweight since kindergarten and I’ve been obese since I’ve been eight years old, so this has been a big part of my life and the identity of who I am,” he says.

Brenndon remembers that when he was eight he weighed 150 pounds. By age 10 he was over 200.

Brenndon says he considers food almost an addiction and admits “I’m overeating by quite a bit.”

Brenndon has tried getting help from dietitians in the past but to no avail. He enrolled in STOMP in hopes that a more comprehensive approach to weight loss might be what he needed.

At SickKids, a team of doctors, exercise therapists, dietitians and psychologists all work together. Peer support groups also offer comfort to kids who may be feeling isolated. 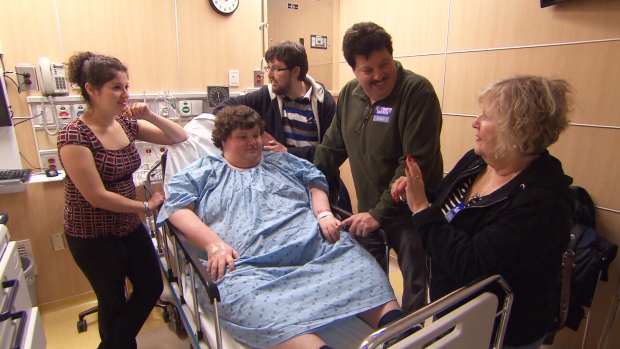 “Patients who are dealing with obesity not only feel like they have this problem, but that it’s their fault. So the combination of those two things is traumatic”, says Elizabeth Dettmer, a psychologist with STOMP.

Surgery is also an option in the program. Doctors remove 90 per cent of the patient’s stomach – and what remains is only about the size of a banana.

After having the surgery, patients eat less food and feel full faster.

“We try and select patients whose risk of remaining obese exceeds the risk of doing the operation,” says surgeon Dr. Jacob Langer in an interview with W5.

And, he stresses that the surgery is only a part of the treatment - patients still need to work on their diet and exercise.

“We are very careful to make sure that they understand that this is not a cure for their obesity,” says Langer.

Both Brenndon and Emma are among the 10 per cent of patients who have had the surgery.

The procedure requires strict dietary requirements: before the operation, patients are instructed to eat only certain foods that will reduce the size of their livers so that doctors can see the stomach during the surgery.

After the operation, patients can only eat small amounts of food, very slowly. There is always the risk that if they overeat they could stretch their stomach back out, and gain the weight back over time.

Patients who have surgery continue receiving support from SickKids for two years afterward. After that, they will work with a team at Toronto Western Hospital.

In the months that W5 spent following Brenndon and Emma through the program at SickKids, before and after surgery, our cameras captured their struggles and successes along the way.

They are both on a mission to improve their health and they hope that by sharing their stories they will be able to help other kids across the country who might be dealing with obesity.

“One of the big reasons I wanted to do this W5 was to hopefully help kids who are out there, who are in Saskatchewan or something, who have problems but don’t have a proper outlet,” says Brenndon.

“Maybe I can help them and show them that there is a way, there is hope. Hopefully these programs will spread throughout Canada and you’re not alone. I hope this program helps them out.”

While SickKids is the only hospital in the country to offer the bariatric surgery to teenagers, the focus at STOMP is on health rather than size. Doctors are currently researching results for the first 75 teenagers in the program, including ten who have already had surgery.

Doctors will be tracking their weight loss and medical markers like cholesterol levels and blood pressure, but also measuring other indicators of success: their quality of life, physical activity, depression, and anxiety. SickKids plans to publish this research later in 2014.

Brenndon and Emma are only the 13th and 14th patients to have this type of surgery at SickKids, and so far they have done very well.

One year post-surgery Brenndon has lost more than 100 pounds, and Emma has lost 50.

But for both, the biggest benefit has been their improved health.

“I don’t get out of breath as easily, I find I can go for longer,” Emma says.

There are other resources available to families dealing with obesity - some provinces have free phone lines you can call to consult with dietitians.

To speak with a dietitian in BC: Visit Health Link BC or call 811

If you don’t see your province listed, you can look for a registered dietitian in your community, however, it is usually considered a private service. The team at SickKids suggests looking for a doctor who works in a multi-disciplinary family practice – doctors dietitians and other health services professionals all work together to consult with their patients – which means that there will be no charge for seeing a dietitian in that practice. Services like this in your community may also be called a Family Health Team or Community Health Centre.