The Two Worlds of Charlie F. is a British play that opens with an agonizing scene of an actor playing the role of a young soldier lying in an English hospital.

He’s coming out of a coma, screaming. In his delirium, he believes he has been captured by the Taliban in Afghanistan, and they are questioning him under torture.

A British nurse tries to reassure him that he’s okay, he is in hospital. He swears at her, calls her a Taliban bitch, and continues screaming for help.

It continues until a young woman and an older man approach the bed. The character sees his fiancé, Laura, and his father.

Finally, he recognizes the truth. That he is safe, but badly injured.

All of the above is theatre, but it also happened. The actor pretending to be coming out of a coma is a real soldier, who really did lose his leg in Afghanistan just a few months earlier.

In the play, he shares the stage with other soldiers too, nearly all of them complete novices to the art of acting, all survivors of sometimes horrific injuries, all recruited to tell the story of what can, and does happen in war.

Placing disabled soldiers on the stage to act out their stories may never have been done before. But what is even more unusual is the story of that young man playing the lead.

He is a Royal Marine commando, one of the elite of the British forces.

But unlike others, he actually entered the military because of a bet. And he’s not from England. He’s a Canadian. From St. John’s, Newfoundland.

His name is Cassidy Little. And he still has trouble believing how he ended up on a British stage. 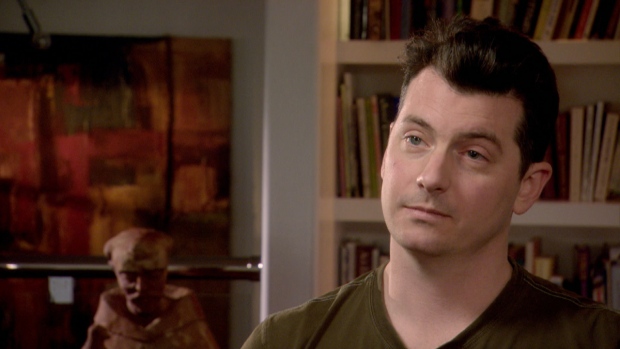 “I forget sometimes about how bizarre this entire evolution has been,” he told W5. “I mean, it blows my mind, this path I’ve taken.”

In fact, the path is so unusual that W5 did not believe it until it checked the facts.

Cassidy was born to military parents. His father, Clark Little, would rise to become a brigadier general in the Canadian Armed Forces.

But Cassidy did not share his parents’ interest in things military. Instead, it was theatre.

His father told W5: “It became apparent at some point that his leaning was toward the performing arts. He was acting all the time. He was always acting. In his day-to-day life he was acting. That was one of the challenges with Cass.”

So strong was Cassidy’s interest that he went to the United States to study performing arts. Particularly dance. And he showed such promise that he won a scholarship to study ballet.

After two years he injured a knee, returned to St. John’s, did some acting in local theatre, and to make ends meet, he took a job as a bartender at Christian’s, a popular watering hole on George Street downtown.

But even that, he considered an acting job of sorts.

“When people come in, whether it’s busy or slow, you have to keep them in. It’s not going to be the prices. That will get them in the front door. But to keep them there, that’s about the ambiance. That’s about the atmosphere. And that’s down to the bartender,” he says.

Cassidy spent two years tending bar and he became well known locally. And once you meet him, it’s not difficult to understand why.

He is an utter extrovert, with a quick, loud, in-your-face wit. And so many people had told him he was funny, he began to believe it.

On a whim, he decided to move to England to try to make it as a stand-up comic. Who could have known then, least of all Cassidy, what the next decade would entail.

He first big gig was at a comedy club in central London’s Leicester Square. His own blunt assessment of his performance: an abject failure.

“The Comedy Store is two stories down from street level. Three hundred people were in the audience. After the first joke, I remember standing on that stage and silence. I could hear a car go by two stories up. And I thought to myself, you’ve got to fix this, you’ve got to fix it. So I hit them with an even more inappropriate joke. And it started from the back and it just cascaded forward. Boooooo.”

He was chased off the stage. He tried again another evening, same venue, but says he was booed off even more quickly.

Cassidy did bounce around various English comedy clubs. W5 has seen recordings of some of his performances, which are at times, funny, and virtually always, unairable on family television. In fact, tiptoeing around some of the language was a real challenge while preparing our documentary.

Then, a wager that would change Cassidy’s life, and almost end it too. Friends bet him he could never pass the fitness test for the British military. His response was to head to a recruitment office and do an entrance test for one of the toughest branches of any military in the world, the Royal Marine Commandos.

To the astonishment of just about everyone, he not only passed, but excelled. He was an elite soldier, and soon on his way to one of the toughest conflicts in recent British history: Afghanistan.

He did two tours. Two months into his second, while on a foot patrol, a friend stepped on an IED, an improvised explosive device. In effect, a home-made landmine.

“It was a legacy IED,” Cassidy told W5. “It had been planted months before so all signs that it would have been there were gone. The blast was close enough that it ripped the limb right off me. My friend was killed almost instantly. So was another friend.”

Cassidy had lost the lower half of his right leg, his other was badly mangled, there was a double fracture to his pelvis, injuries to his brain and one of his eyes.

While he was fighting for his life, by coincidence, a British theatre producer had joined forces with a writer, and they were experimenting with a new idea.

To take British soldiers who’d been badly injured, and create a play around them that would tell the story of war and the horrific things that can happen to those who find themselves fighting it. Already they were taking a risk using amateurs, and they needed to find somebody who could play the lead.

They heard of a young man recuperating in a Birmingham hospital. He wasn’t British. He was from Newfoundland. But he was an injured British soldier, and better still, he wasn’t a complete stranger to the stage.

The circle was complete.

In January 2012, The Two Worlds of Charlie F. opened in London’s West End, the rough equivalent of New York’s Broadway. And to the surprise of just about everyone, it was a hit. 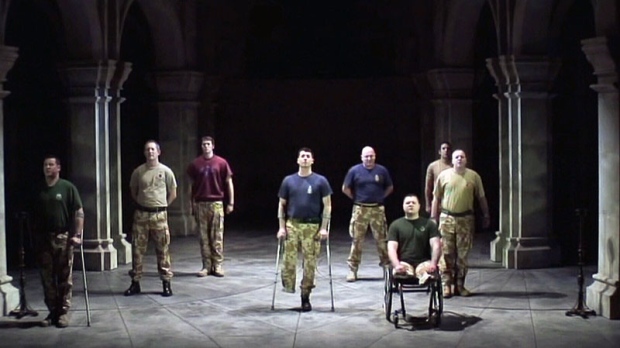 “It was electric,” Cassidy said. “We got two standing ovations, for people who have just been through the machine of rehabilitation, who have lost limbs and friends and who have gone through trauma.

In the audience on that opening night were families of the soldiers, among them, Cassidy’s parents. Clark Little’s blunt description of his reaction to seeing his son, the survivor, on stage:

“I was a mess. From the time he got on stage till he left it, I couldn’t control my emotions at all.” Fighting back tears, he added, “I was so very taken by the change in him, and that something had happened. Something good had happened. He was back in the world of the living. He had a new purpose. I was just so damn pleased because the alternative was unthinkable.” 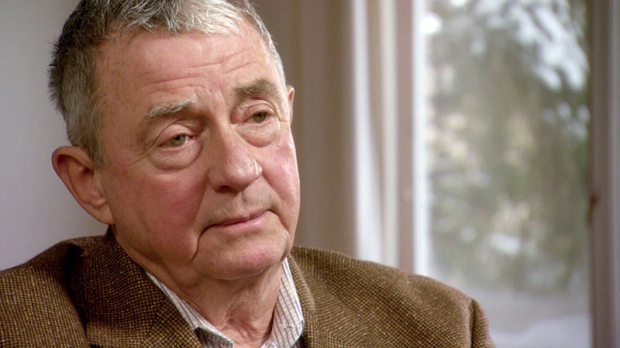 The Two Worlds of Charlie F. was such a success that it two tours of theatres across England. It was critically acclaimed and won an Amnesty International Award.

Theatre producers in Canada were taking note. Mirvish Productions has invited the play to perform at the enormous 2,000-seat Toronto theatre, the Princess of Wales.

On Feb. 25, the play will begin a two-week run. Starring, of course, Newfoundland’s Cassidy Little.

The Canadian military too has paid attention, becoming a patron of the play. The Chief of Canada’s Defence Staff, Gen. Thomas Lawson, told W5 that the play was not just entertainment, but also therapy for the actors.

Cassidy Little does return to Newfoundland on occasion, but England is home to him now where he has a wife, and later this year, will have a baby as well.

The story of what happened to him in the decade since he quit his bartending job in St. John’s has become well-known in his old hometown.

People’s reaction there is much the same as that of the bar’s owner, who told W5: “He left here to go do comedy in England, next thing I hear is years later that his leg is blown off in Afghanistan. Now he’s acting on the British stage. It’s just unbelievable.”