Women to get gender-neutral rugby World Cup from 2021 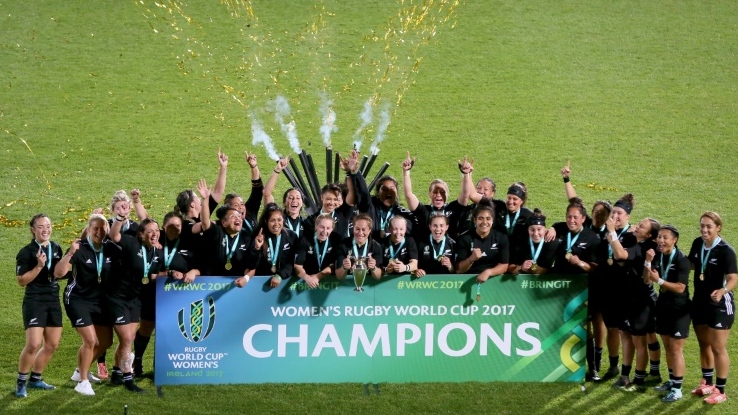 Women is to be dropped from the title of the next Rugby World Cup in 2021 in New Zealand (AFP).

The Women's Rugby World Cup in 2017 will be the last to bear that title with World Rugby announcing on Wednesday they are adopting a policy of gender neutrality for their tournaments.

In what they say is "a first for a major sporting federation" the 2021 edition of the women's event in New Zealand will be known simply as Rugby World Cup 2021, with 'Women's' dropped from the title.

This will be applied to their Sevens World Cup competitions as well -- the men's tournaments have never specified gender.

"World Rugby has announced that its flagship 15s and sevens Rugby World Cup properties will no longer include gender in their titles, furthering its commitment to equality and brand consistency across its portfolio," read their statement.

"The purpose is to elevate the profile of the women’s game, while eliminating any inherent or perceived bias towards men's only competitions and tournaments, which traditionally haven't specified gender."

"I am excited about this landmark decision, but this is the beginning of the journey," he said.

"Together, we are working hard to do something very special for women, for the game," added the 52-year-old former prop forward.