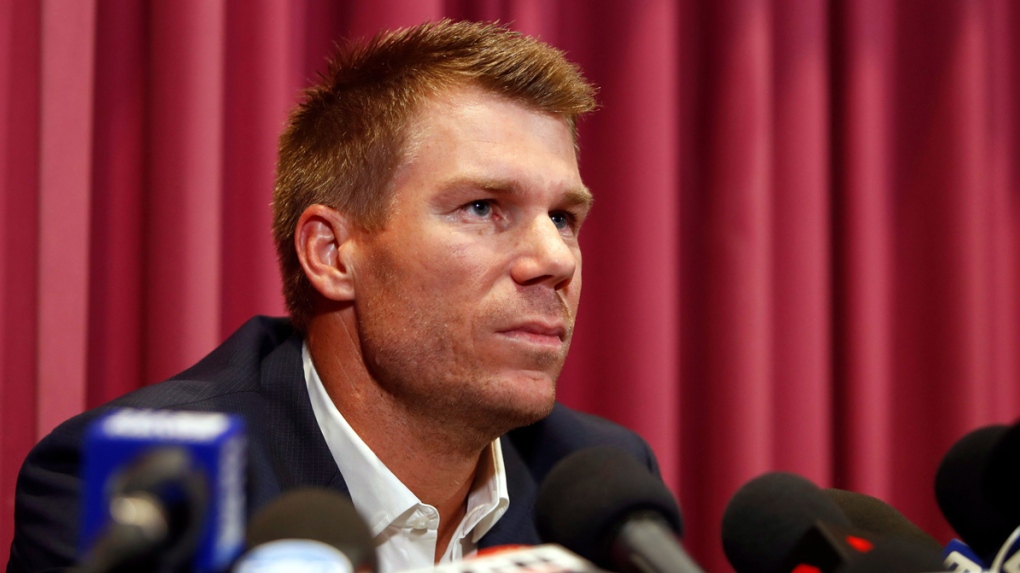 GOLD COAST, Australia -- David Warner has accepted a decision without referring it to the third umpire, and that could be a sign that Australian cricket can start moving on from the cheating scandal that rocked a national institution.

A day after Steve Smith and Cameron Bancroft announced they had had no intention of appealing their extraordinary bans for their roles in a ball-tampering plot, Warner confirmed via social media that he'd made the same call.

"I have today let Cricket Australia know that I fully accept the sanctions imposed on me," Warner said in a tweet posted Thursday. "I am truly sorry for my actions and will now do everything I can to be a better person, teammate and role model."

So for the next 12 months, Smith and Warner will not be allowed to play anything higher than local club cricket in Australia -- although the bans weren't intended to apply overseas. Bancroft was banned for nine months.

In his statement, Smith -- who was the No. 1-ranked batsman in test cricket -- said "I meant what I said about taking full responsibility as captain of the team. I won't be challenging the sanctions. They've been imposed by CA to send a strong message and I have accepted them."

Australian cricket had long held itself out as an arbiter of the line between right and wrong in cricket, and had called out rivals for cheating. That's why the obvious and clumsy ball-tampering in Cape Town generated so much backlash from home and abroad.

It has also led the sport's national administrators and the International Cricket Council to review the guidelines on what constitutes the so-called "spirit of cricket" and to make it more clear.

The sanctions leave a huge gap at the top of the Australian batting order and in the leadership, losses that were exposed when a demoralized lineup lost the third and fourth tests to South Africa to surrender the series 3-1.

Smith and Warner were captain and vice-captain in the third test in South Africa last month when opening batsman Bancroft was caught on TV cameras attempting to use sandpaper to roughen one side of the ball.

The public outrage in Australia was instant, forcing Cricket Australia into an immediate investigation. Prime Minister Malcolm Turnbull said test cricket held a special place in Australian society for its tradition of fair play, and those who represented the country needed to remember they were entrusted to uphold it.

The investigation found that Warner was the instigator of the plan, hatched during a break on day three of the Cape Town match, and instructed Bancroft how to tamper with the ball. Smith was found guilty of not doing enough to stop it.

All three were sent home from South Africa in disgrace after being slapped with bans that are significantly higher than anything the International Cricket Council has imposed for ball tampering -- and some stars of the international game have been sanctioned or investigated on the charge.

The players' union had said there were grounds for appeal, and had urged Cricket Australia to reduce the bans. But it started becoming evident when Smith and Co. returned home that they didn't want to prolong the episode.

Bancroft spoke first on arriving home in Perth, Western Australia, and was very contrite in taking responsibility for his actions.

Smith held a teary news conference hours later in Sydney, where he took the blame for the episode happening on "on my watch" and asked for forgiveness. Two days later, Warner also cried as he gave his first public statement about the scandal.

The emotional news conferences were accepted by many fans as acts of contrition.

But because all three players went no further than take responsibility for their own actions, some critics speculated that there must be concealing the facts or at the very least being insincere. There was speculation that at least one of the players would appeal the bans, but in the end none of them took the risk of testing the public again.

Cricket Australia chief executive James Sutherland explained there was no choice but to impose the harsh penalties given the level of public backlash.

"The events of Cape Town have severely affected the game," he said. "It has also been humbling to be reminded of the passion all Australians have for our great game."

Still, he said he expected all three players would eventually return to a high level, and for the sanctions to remind all players about what it means to represent Australia.

"We know the players will return to playing the game they love," Sutherland said, "and in doing so, we hope they rebuild their careers and regain the trust of fans."

I have today let Cricket Australia know that I fully accept the sanctions imposed on me. I am truly sorry for my actions and will now do everything I can to be a better person, teammate and role model.

I would give anything to have this behind me and be back representing my country. But I meant what I said about taking full responsibility as Captain of the team. I won’t be challenging the sanctions. They’ve been imposed by CA to send a strong message and I have accepted them.