U.S, others pull out of Luge World Cup, citing safety 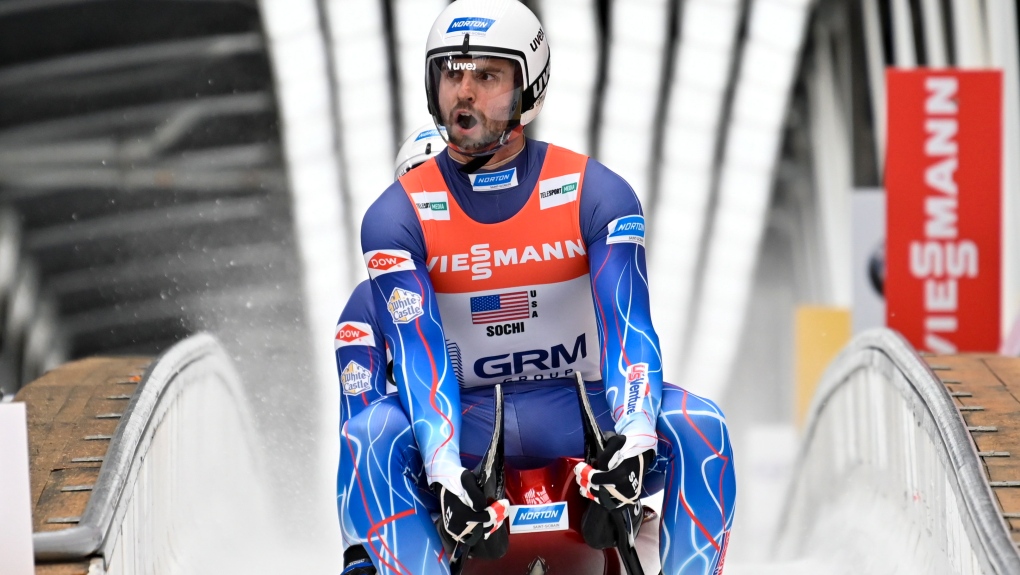 USA Luge said it is pulling its team out of this weekend's World Cup luge races in Winterberg, Germany, adding to a chorus of athletes from many nations protesting what they are calling unsafe ice conditions.

Austria has also withdrawn its team from the weekend events and even several sliders from Germany -- on home ice, no less -- have said they are not willing to race this weekend. The International Luge Federation offered a compromise of sorts Friday by saying it would shorten the race distances, but even that did not solve the intense disagreement between sliders and officials over the safety issue.

"Based on the feedback from our athletes and coaches, we will not participate in the Winterberg World Cup," USA Luge said in a statement Friday. "We respect their opinions that conditions are not safe. The entire Austrian team has walked away, as well as some Germans and Russians, including Olympic medallists and World Cup leaders, who are also not racing."

However, two U.S. sliders -- Tucker West and Jonny Gustafson -- did compete later Friday in a Nations Cup race, which serves as a qualifier for the World Cup over the weekend. It was not immediately clear if they planned to compete this weekend.

Sliders from many nations have said there is too much ice buildup on certain track curves, which significantly increases the chance of crashing.

Training this weekend in Winterberg has been marred by several crashes and even some injuries to top sliders. The German doubles team of Tobias Wendl and Tobias Arlt -- one of the best and most accomplished teams in the history of the sport -- wrote on their shared Facebook page that the risk of crashing was "extremely high and therefore incalculable."

"Not only are track conditions less than ideal but this was brought to the attention of the FIL and yet again we were told that everything is OK," said USA Luge veteran Chris Mazdzer, the 2018 Olympic men's silver medallist . "It is always OK. For the last 15 years everything has been OK. ... Everything is not OK."

All three of the top German doubles sleds have said they will not compete this weekend. The entire Austrian luge team, including Olympic men's champion David Gleirscher, said Thursday that it was going home. Top Russian men's slider Roman Repilov also was considering skipping this weekend.

Gleirscher crashed during a training run, and his mind was made up right there.

"I was lucky in my training crash and don't want to take the risk a second time," Gleirscher said.

Mazdzer was planning to skip at least one of his two races this weekend before the American federation decided to pull out en masse.

"We are racing drivers, want to compete with others at the highest level and love this thrill," German doubles team Robin Johannes Geueke and David Gamm wrote on their Instagram page, explaining why they pulled out of a World Cup on their home track. "But as much as we were looking forward to it here, we have to decide just as sensibly that health is not only in the foreground and not only of us but of all other athletes."

The de facto boycott by some athletes will have an impact on who winds up winning the season World Cup men's, women's and doubles championships. Winterberg is the next-to-last race on the World Cup schedule, followed by the finale next weekend in Konigssee, Germany.

Repilov leads the men's standings by 61 points over Italy's Dominik Fischnaller. Tatiana Ivanova of Russia leads Germany's Julia Taubitz by 12 points in the women's race. Germany's Toni Eggert and Sascha Benecken lead Wendl and Arlt by 10 points in the race for the doubles title.

With 100 points awarded for a win, the standings could have shifted wildly this weekend.

"In our eyes, the track is not suitable," Austria coach Rene Friedl said.

Nations Cup races in men's, women's and doubles events were held Friday as scheduled. Only five doubles sleds competed, compared with 15 that were in the Nations Cup doubles race at the most recent World Cup earlier this month.

USA Luge women's slider Brittney Arndt said she did not think the FIL handled athletes' concerns -- which had been voiced throughout the week -- the right way.

"There are small nations who have no choice but to race to secure funding or for other reasons," Arndt said.

This month marked the 10th anniversary of the most recent on-track luge fatality, the death of Georgian athlete Nodar Kumaritashvili during a training run hours before the opening ceremony of the 2010 Vancouver Olympics.