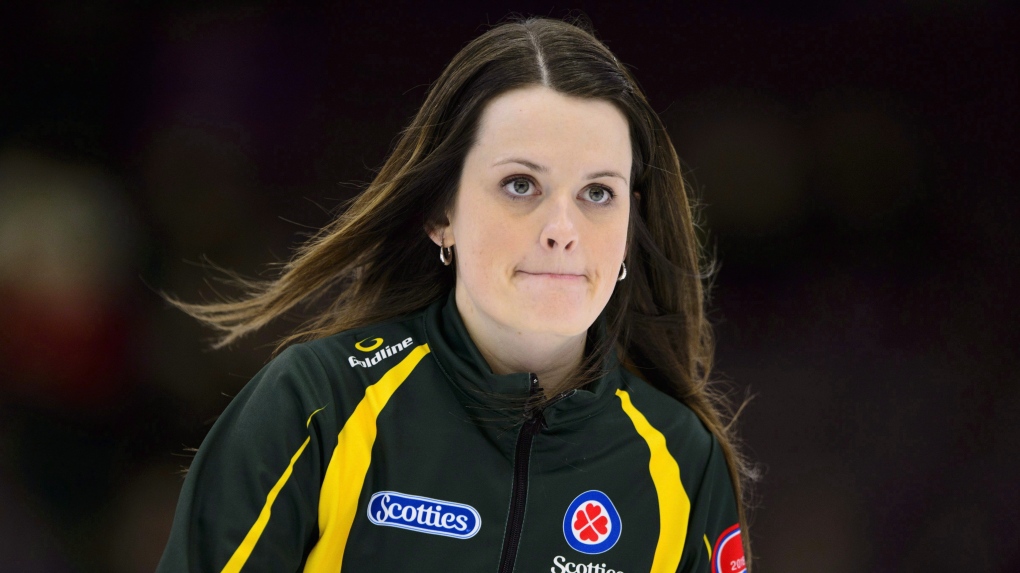 CONCEPTION BAY SOUTH, N.L. -- Tracy Fleury maintained her perfect record at the National curling tournament on Thursday and secured a playoff berth with a 7-4 victory over Edmonton's Kelsey Rocque.

Fleury (3-0), from East St. Paul, Man., scored a deuce in the seventh end to break a 4-4 tie before adding to her lead with a single in the eighth.

Winnipeg's Jennifer Jones (1-2) remained in the mix for a spot in the quarterfinals with a 9-2 win against Scotland's Eve Muirhead (2-1).

Kerri Einarson of Gimli, Man., scored a 7-2 victory against Japan's Satsuki Fujisawa (2-2). Einarson (2-1) stole a combined five points in the fifth, sixth and seventh ends to earn her second win of the tournament.

On the men's side, Switzerland's Peter de Cruz (3-0) secured his spot in the playoffs by defeating Winnipeg's Mike McEwen (1-2) by a score of 6-4.

Also, Scott McDonald of Kingston, Ont., played the role of spoiler on Thursday night. McDonald (1-3) edged Regina's Matt Dunstone 4-3 to cap off his tournament. Dunstone (0-3) will not advance to this weekend's playoffs.

Round-robin play continues on Friday. The quarterfinals and semifinals are Saturday followed by the championship draws on Sunday.