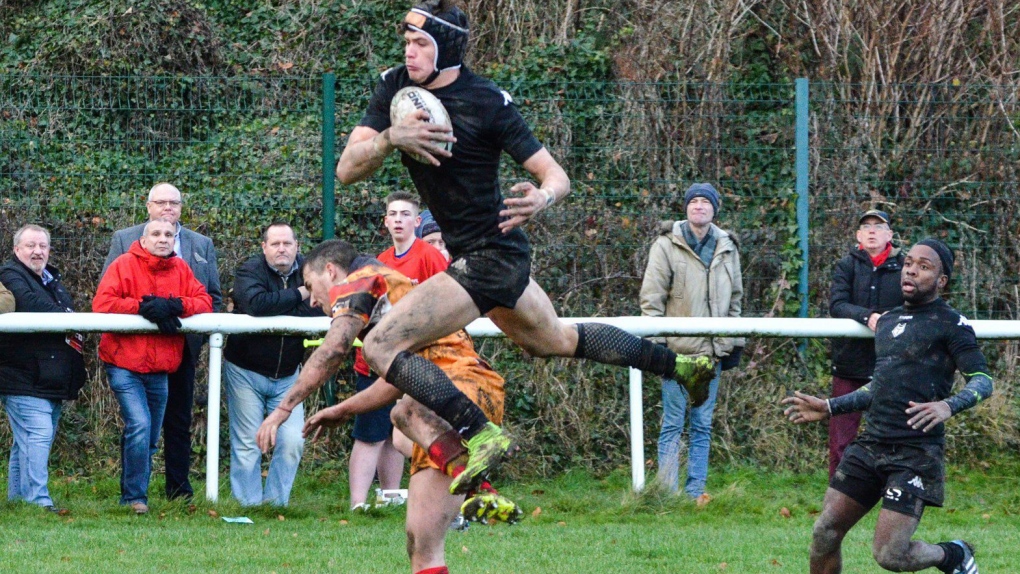 TORONTO -- The Toronto Wolfpack are hard at work building for the present. But the fledgling rugby league franchise has not forgotten the future.

The Wolfpack, who open play in March in the third tier of English rugby league, are assembling their lineup at a training camp in north England. Along the way, they have identified Canadian teenager Quinn Ngawati as one to watch.

The 17-year-old from Victoria was one of three trialists to survive the cut after 18 players were invited to England from tryout camps in Canada, the U.S. and Jamaica. Ngawati attended the last tryout in Vancouver.

"I was obviously a little bit nervous but I just did what I knew I could do," said Ngawati (pronounced Now-ar-tee). "I was pretty confident in how I played in the trial. So really I gave it my best and (thought) whatever came of it I would be happy with the opportunity."

The 18 trialists, who included former Buffalo Bill Corey Knox, spent a little more than a week at camp in England before beating a local side, the Brighouse Rangers, 28-26 with Ngawati contributing a try. Their experience was captured on film for a future program called "The Last Tackle."

"He's an intelligent young man, an ambitious young man and a multi-skilled young man," added Rowley, a former England hooker. "So he's got all the attributes.

"Right at the beginning of the journey, we set out to find a rough diamond and he could be that rough diamond. He's got a lot of work to do to bring him up to speed, he's very very much a project."

To that end, the Wolfpack hope to put him in a rugby league academy in England next summer after he finishes his studies at St. Michaels University School in suburban Victoria.

"He wouldn't be able to feature in our team now. He'd get eaten alive at that level," said Rowley. "But I guess the limit to what he could progress into is pretty high. So what we need to do is to give him an opportunity to reach that limit, reach his potential and fulfil all his ambitions."

That includes maintaining his education off the field.

"We want to tread very very carefully to make sure he continues down the right path," said Rowley, whose squad returned to training Monday after a holiday break.

In the meantime, Ngawati continues to grow in both rugby codes. He started at centre for Canada's under-19 rugby union team against the U.S. on Monday in Chula Vista, Calif. He also plays rugby union for his school and for the Westshore club.

"I can tell that the morning after a rugby league match, your upper body, your arms are feeling a lot more sore," Ngawati said when asked about league versus union. "The physicality is what I love about the game ... You've really got to show your worth. If you're not running as hard as you can, you're going to get smashed."

Jamaican Nathan Campbell and American Jake Eicher also came out of the Wolfpack tryouts. Eicher, who has played rugby league in the U.S., is likely the closest to helping in the now with Campbell another project, according to Rowley.

Ngawati's father is from New Zealand with Maori roots. He played rugby league so the Canadian-born Quinn grew up immersed in both union and league. His mother is Canadian, meeting her future husband in New Zealand.

Ngawati, who turns 18 next June, spent a year of high school in New Zealand. He has big dreams outside rugby, with hopes of becoming a commercial pilot.

Bankrolled by a group of deep-pocketed Canadian and Australian entrepreneurs under the leadership of CEO Eric Perez, the Toronto team is embarking on an audacious transatlantic journey. The goal is to twice win promotion and take a place in the Super League alongside the likes of St. Helens, Wigan Warriors and Hull FC.

To that end, the Toronto team is paying for the travel costs of the English teams to come to Canada.