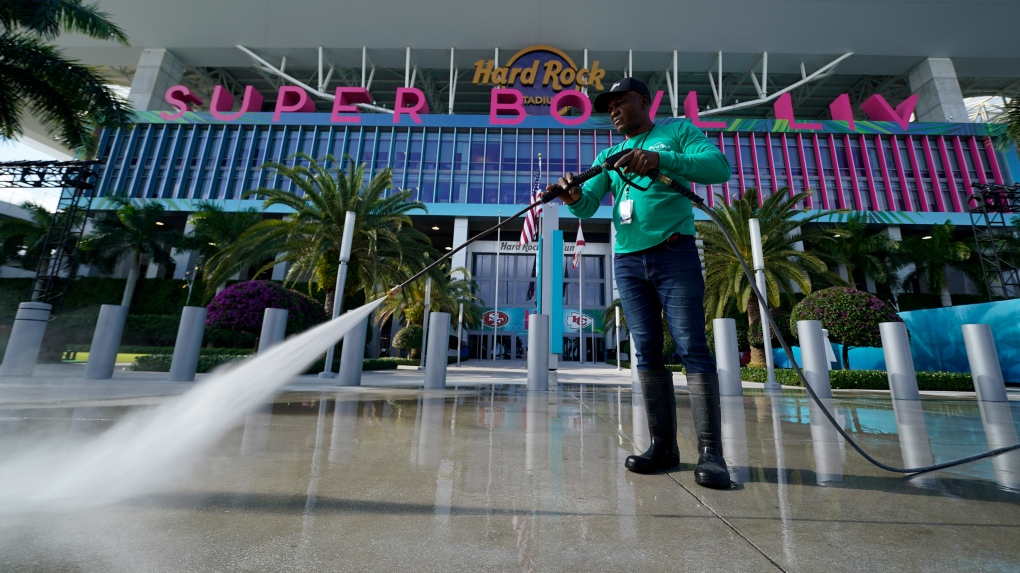 MIAMI -- Private jet service, a personal butler, or how about a meal with former Patriots star Rob Gronkowski to top off Super Bowl weekend? From legendary nightclubs to exclusive parties, no place caters to the rich and famous quite like glitzy Miami.

The city's most luxurious hotels, clubs and restaurants are offering over-the-top packages to entice big spenders looking for action outside the end zone. One package includes a 4-day cruise around the Caribbean on a private yacht after the game for US$720,000.

On Location Experiences' Sam Soni says their top Super Bowl package last year in Atlanta went for US$17,500. This year's top-tier packages in Miami are US$20,000 to US$35,000 and include game tickets, a pre-game party and show by Darius Rucker and a chance to mingle with football legends like Dan Marino and Marcus Allen.

"We've seen just unprecedented sales for that product," Soni said. "It's really a three- or four-day event for most of our clients. In Miami having so many options for entertainment and the weather all certainly come into play."

Not all of those enjoying the perks will be paying out of pocket, because many of the high-end packages are purchased by corporations. But On Location says many customers also are wealthy fans who just want to be a part of the experience.

But it's not all gitz and glamour in Miami. Promotions will likely focus on luxurious waterfront skylines and not the poorer neighbourhoods of Allapattah, Liberty City and Overtown, where more than three-quarters of residents are low-income or low-to-middle income. Many fans there won't be able to afford even the lower-end tickets priced at US$4,400.

Thousands of fans will descend on Miami just for the nightlife and never set foot inside the stadium.

"There's just going to be so many parties. And it's going to take over the city," said David Grutman, the man behind some of South Beach's most exclusive clubs and restaurants including LIV, Story and Swan.

"Miami on its own is always over the top, then you put the Super Bowl on top of it and it's the perfect recipe for decadence and extravagance."

Tables at LIV nightclub are booking for US$20,000 during Super Bowl weekend -- up from their usual cost of $5,000. Grutman said his steakhouse has more than tripled its order for steaks to 1,000 for Super Bowl week, along with crates of caviar.

Here are some of the blingiest packages for high-rollers:

An earlier version of this report had an incorrect spelling of David Grutman's last name.